Shalit takes case to free his son Gilad to the U.N. 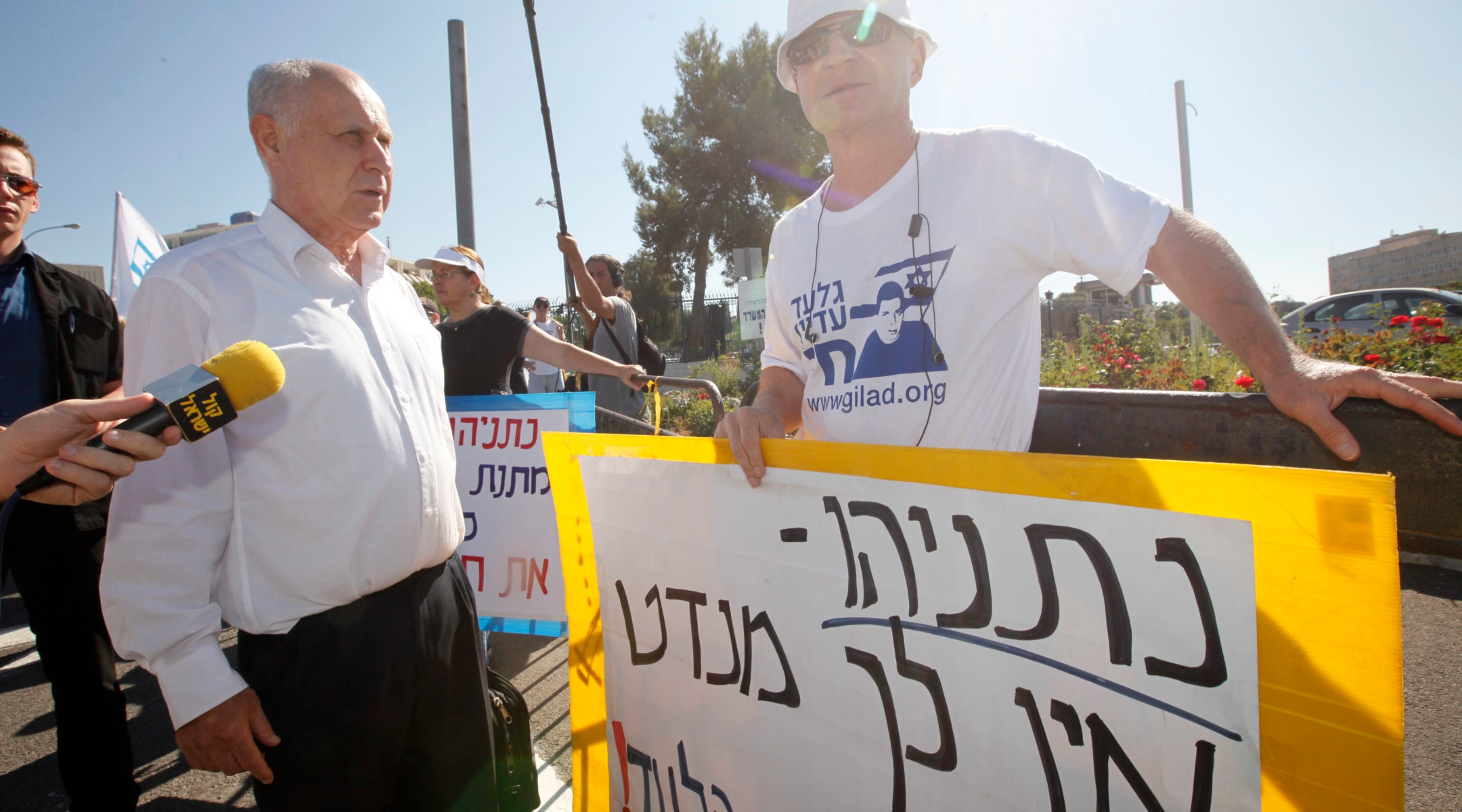 NEW YORK (JTA) – Noam Shalit, the father of captive Israeli soldier Gilad Shalit, wants his son’s plight to be part of the discussion of Palestinian statehood at the United Nations in September.

In his view, Shalit’s release should be a precondition of any vote at the United Nations on recognition of a Palestinian state. Shalit was in New York last week meeting with U.N. ambassadors from various nations, including pro-Palestinian ones, to make that case.

Whether or not they’ll take his view into consideration is an open question. But in at least one corner, Shalit won considerable sympathy: The City Council of New York proclaimed Sept. 7 Gilad Shalit day.

The point of Shalit’s trip was to keep the issue of his son’s captivity from being forgotten amid world events, and to use those events as a lever to secure Gilad’s release.

“We hope he’ll be home for Rosh Hashanah,” Shalit told a meeting of the New York City Council, saying a prisoner-exchange deal between Israel and Hamas is “the only way.”

In a 30-minute interview with JTA last Friday, Shalit talked about the need to put pressure on all sides using whatever tools are available. In the more than five years since Gilad Shalit was captured in a cross-border raid on the Israel-Gaza frontier in June 2006, the Shalit family has done all it can to make sure the plight of the captive soldier remains high on Israelis’ minds.

Shalit and his wife, Aviva, set up a protest tent opposite the prime minister’s residence in Jerusalem that has not budged in more than two years. They’ve held nationwide marches, disrupted Independence Day ceremonies and prompted myriad campaigns to pressure the Israeli government to cut a deal with Hamas, including a recent one for Shalit’s 25th birthday. There are Free Shalit wristbands, bumper stickers and banners.

Last week, Shalit met in the United States with American Jewish organizations to strategize on how to lobby the Obama administration to put more pressure on the Palestinian Authority, which he believes can pressure Hamas. After leaving New York, Shalit went to France, where he met with French President Nicolas Sarkozy and was able, with the help of the New York-based Foundation for Ethnic Understanding, to get several French Muslim leaders to publicly call on Hamas to release his son.

Shalit dismisses the notion that the Palestinian Authority cannot influence Hamas or does not share responsibility for his son’s captivity.

Indirect negotiations between Israel and Hamas for Gilad Shalit’s release resumed recently in Cairo, Shalit said, but he remains pessimistic.

“The new Egyptian administration has taken the lead again,” Shalit said. “It is now new people, but Egyptians are the same. We need to urge the Egyptians to move on fast and effectively; we don’t have another three years to spend with negotiations.”

At the United Nations last week, Shalit’s focus was the Palestinian Authority. He said he met with more a dozen U.N. ambassadors to urge them to block any statehood recognition until his son is free. Of particular importance, he said, were his meetings with countries that already have recognized the state of Palestine, such as Argentina.

“We are not dealing with politics,” Shalit told JTA. “We are not asking them to vote for or against a Palestinian state. We just believe that a first step, as a precondition, they should comply with international law.”

The leaders of the world, he said, have to tell the Palestinians, “Look, you cannot go on with this violation of international and humanitarian law and at the same time ask for legitimacy and recognition. It is very basic. They don’t go together.”