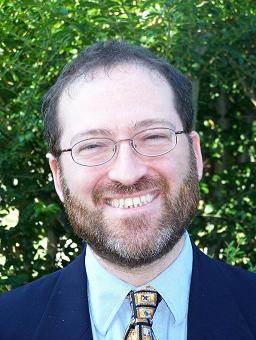 But now the 41-year-old spiritual leader is worried that the job he began in 2007 won’t last.

The budget of his Mechanicsburg synagogue is shrinking, the average congregant age recently surpassed 50, and there have been rumblings about reducing the rabbi’s hours to save money.

“They are going to try whatever they can to keep me full time because they understand that once I go part time, that will be a problem for membership,” Gendra said.

Gendra may be one of the lucky ones. Across the United States, finding pulpit positions is becoming more difficult. Some congregations are eliminating assistant rabbi posts. Others are eliminating cantorial positions and asking rabbis — or congregants who know a little Hebrew and can play a guitar — to take on those responsibilities.

Increasingly, rabbinical schools are reporting that graduates are working at community organizations or taking part-time gigs to make ends meet while they hold out hopes for a pulpit.

“It’s not the best time in history for rabbinical employment,” acknowledged Rabbi Richard Hirsch, the executive director of the Reconstructionist Rabbinical Association.

“Rabbis are working as chaplains, in hospitals, at Hillels on college campuses, at day schools and in the military,” he said.

Some of that is by choice, but in some cases it’s because a rabbi could not get a pulpit job.

Howie Stein, 42, who graduated from the Reform movement’s Hebrew Union College-Jewish Institute of Religion in 2009, has not been able to find full-time employment. He came to the rabbinate as a second career, having worked as a software engineer for 10 years before being ordained.

He now works two part-time teaching positions, in Queens and on Long Island in New York. Stein has been looking for full-time work for more than six months.

“Lots of people are looking for pulpit jobs, and that makes it a competitive place,” Stein told JTA. “Definitely things are tough right now.”

In 2007, only 13 percent of graduates at the Los Angeles campus of HUC were going into non-congregational positions. The following year, the rate shot up to 45 percent.

“The year that stands out is 2008, when the economy had the greatest impact on congregations’ hiring,” said Rabbi Dvora Weisberg, director of HUC’s School of Rabbinic Studies. “Many retirements and moves were delayed, and there were far fewer openings than there had been in previous years.”

Weisberg says that since 2009 the rate of placement has remained steady — with two-thirds of newly ordained Reform rabbis going into congregational work and one-third accepting community-based employment.

Before 2008, numbers provided by the RA indicated that graduates of the movement’s rabbinical schools were going into congregational work in greater proportions before the recession than they are now. For instance, at New York’s Jewish Theological Seminary and Los Angeles’ Ziegler School of Rabbinic Studies, of the 36 rabbinical students in the class of 2006, 26 took pulpit positions. By contrast, the graduating class of 2009 had 42 students, and only 22 of them took pulpit positions.

Rabbi Elliot Schoenberg, the RA’s associate executive director and international director of placement, said the rate of placement for this year looks to be about the same as in 2009.

“The real tragedy is that there is a lot of unutilized talent and training,” Schonfeld said. “There are rabbis who don’t have the opportunity to build a Jewish future.”

The poor economic climate has affected the Orthodox community, too.

“There is no question that the market is difficult,” said Rabbi Ronald Schwarzberg, director of the Morris and Gertrude Bienenfeld Department of Jewish Career Development and Placement at Yeshiva University’s Center for the Jewish Future, which helps YU rabbinical school graduates find jobs.

Schwarzberg says that many students are enthusiastic about finding pulpit positions but have had to work odd jobs while waiting to get a pulpit post. Some have chosen to stay in school and get their master’s degrees to wait out the bad economic times, he said.

“In past years, we have turned to a member of our honorary alumni board to create an assistant rabbinic position in their synagogue for a graduating rabbi not yet ready to take on his own pulpit,” Simon said. “Unfortunately, in these tough times, these particular synagogues have trimmed their budgets and are unable to support more than one rabbi.”