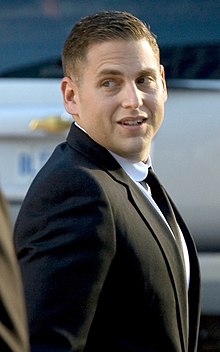 New York Times published an interview with Jonah Hill for his upcoming film “The Sitter,” and the young star had a lot to say about his life, career and eating habits.

Apparently Hill had to rethink his career after Superbad’s success, especially because he didn’t want to play the same post-college typecast forever: ““When my agent saw ‘Superbad’ for the first time, she’s like: ‘You’re in ‘Fast Times at Ridgemont High.’ Are you Sean Penn or are you everybody else?’ ” And he wanted to be Sean Penn.

Although Hill did have roles in other Apatow films, he mostly did not repeat Seth, the character he played in Superbad. And it took him a while to get to where he is now, balancing funny and serious roles, with many thanks to the much-discussed diet. And as Hill admits, thanks to his nutritionist he is forced to eat a lot of shrimp.

Not the most thing to do, but I guess that it’s legal if he is losing a lot of weight right?