The making of a Hollywood Maccabee wannabee 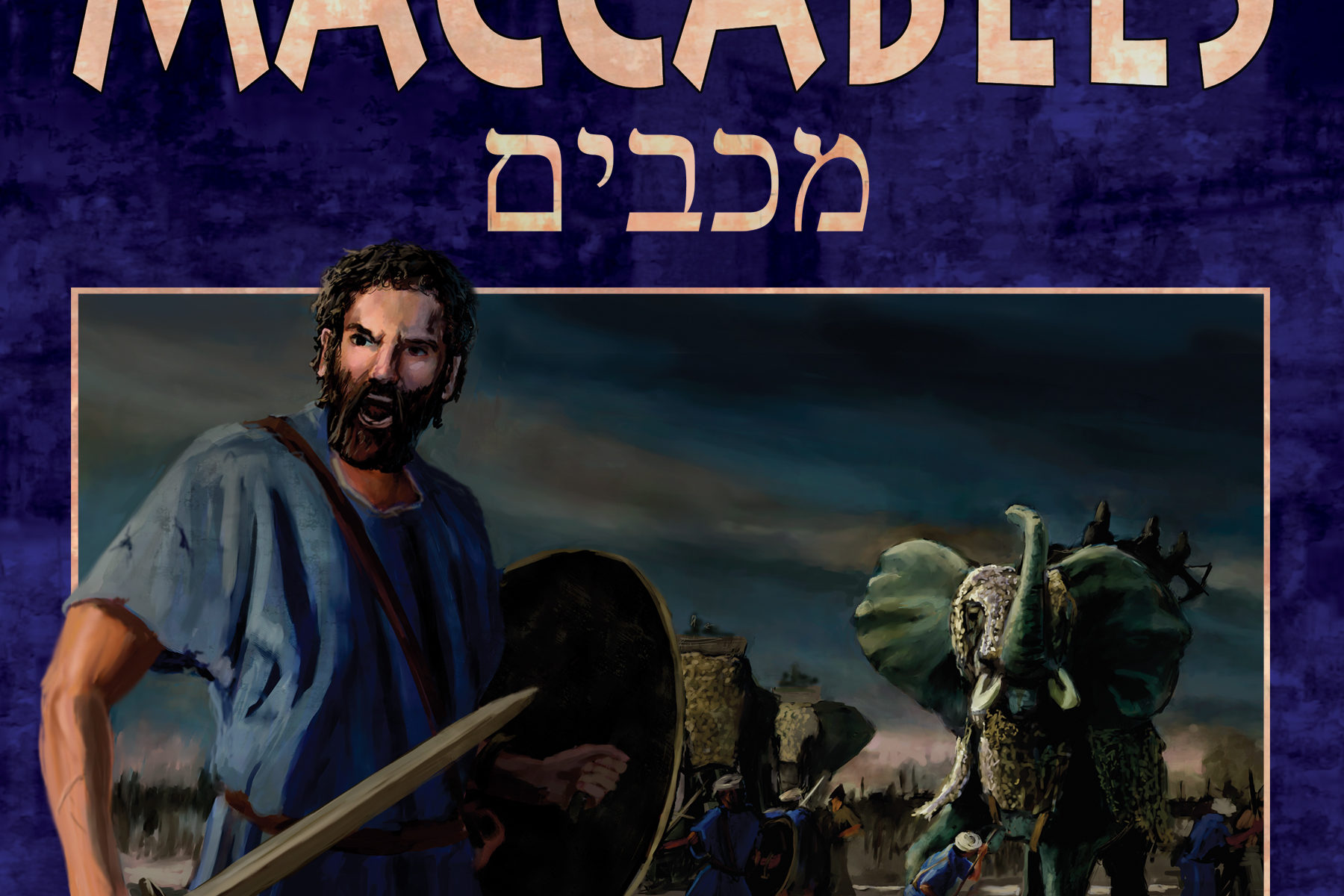 LOS ANGELES (JTA) — Who would have projected that Chanukah could be billed as the festival of lights, camera, action?

Mel Gibson, for one, who in the fall announced that he was working with Warner Bros. on producing a movie about Judah Maccabee.

Not seeing this as a boffo idea was Rabbi Marvin Hier of the Simon Wiesenthal Center in Los Angeles, who was quoted on CNN as saying that “Judah Maccabee is one of the greatest heroes in Jewish history. Mel Gibson is an anti-Semite. He has made anti-Semitic remarks in the past. I don’t know what Warner Bros. was thinking.”

A few months later, the Hollywood Reporter made it known that others in Hollywood had taken note of Hier’s criticism when it announced that producer Bruce Nash was planning on making a competing Maccabee movie or TV miniseries, and had even hired a screenwriter.

With two Judah movies in production, I began to wonder: Was there room for a third? A low, low-budget cable version that would exploit the publicity of the other two?

I knew just the guy to do it — me. After all, I had worked for two weeks as a special effects assistant on “China Syndrome” eons ago, and live in sight of the Hollywood sign.

Inspired by the Hasmoneans, I would strike quickly and stealthily against the pop cultural foes, freeing the box office. But without a bankable star — in fact without anything even remotely related to a bank — I needed a miracle: an alternative way of drawing some attention to my prospective production.

What about springboarding my production off a best-selling game? After all, several major films, such as “Street Fighter” and the Laura Croft series, were adapted from games and had grossed $100 million or more.

That was the ticket.

I speed-dialed a board game manufacturer I knew in Long Beach, Calif. — Flaster Siskin, owner of FlasterVenture — to see if he wanted in. I had checked out his Maccabees board game online and saw that he had commissioned a dramatic cinematic illustration: a Greek Seleucid battle elephant being attacked by Maccabee insurgents. I instantly imagined the movie poster.

With the Maccabees very much in the news, and with an inventory of Maccabees games, I thought Siskin would be ready to deal. Not so fast.

Before entering the gaming business, Siskin had tried his hand at screenwriting. He warned, “Working in Hollywood is difficult. A lot of scripts get optioned but never get made.”

“The guy who’s spearing the elephant, is that Judah?” I asked, trying to draw him in.

“Would we need to change script, then, keeping Judah as the film’s only action hero character?” I asked, thinking about the costs of two stars plus an elephant.

“It doesn’t need a major rewrite. You want to keep Eleazar in the picture,” he answered.

Siskin began to warm to his plot outline.

“The first act would show how a change in Seleucid leadership brought about oppression of the Jews,” he said.

The Eleazar and elephant scene would be the end of the second act. “It was the turning point of the war,” Siskin noted, adding that “Unfortunately, Eleazar, who is under the elephant, dies too.”

Ouch. For a holiday film, everyone wants a happy ending.

“But then, Judah and his warriors take back the country,” Siskin said, rallying for the film’s third act.

“The two miracles,” he answered. “The military victory and the oil burning for eight days.”

Now we moved to casting.

“Who plays Judah?” I asked.

“I would rather see a comedic tough guy like Adam Sandler than Mel Gibson,” he answered.

“We could even have Sandler sing ‘Eight Crazy Nights,’ ” I suggested, feeling the showbiz buzz. “And could we update the title. What about something more box office, like ‘Judah Mac?’ ”

Now that my concept was a go, I needed to audience test it with the Jewish establishment. Since Holocaust museum folks like Hier seemed to be the go-to guys for Jewish reaction these days, I turned to Mark Rothman, director of the Los Angeles Museum of the Holocaust, who also was a film school graduate.

For starters, Rothman wanted me to know of his “deep suspicion of Gibson’s telling the Judah story with any Jewish sensitivity,” he said. Then, thinking of how to draw the largest draw for my production, Rothman told me to be mindful of the film’s potential Christian audience.

“This clearly has to be a crossover,” he said.

To cut costs, Rothman thought I should restrict the battle scenes to guerrilla-type actions. “Something like sabotaging chariots,” he suggested.

Suddenly worried that this was sounding too much like a war movie, I asked Rothman if I needed a love interest. Ever the film school grad, he quickly outlined how I could write in a female warrior who gains acceptance by fighting off several enemy attackers.

Then I hit him with my projected title.

“Judah Mac” excited him with tie-in possibilities. “Maybe Apple will come out with a new laptop, or McDonald’s a new burger,” he said, laughing at his cleverness.

However, when I told him about the planned dramatic moment when Eleazer impales the elephant, Rothman blanched.

“You’re only going to get in trouble from PETA and the ASPCA,” he warned.

There went my second act.

“Making ‘Judah Mac’ is going to be much harder than I thought,” I said, frustrated by the new complication.

(Edmon J. Rodman, who lives just a couple of miles from Hollywood, writes a JTA column on Jewish life. Contact him at edmojace@gmail.com.)