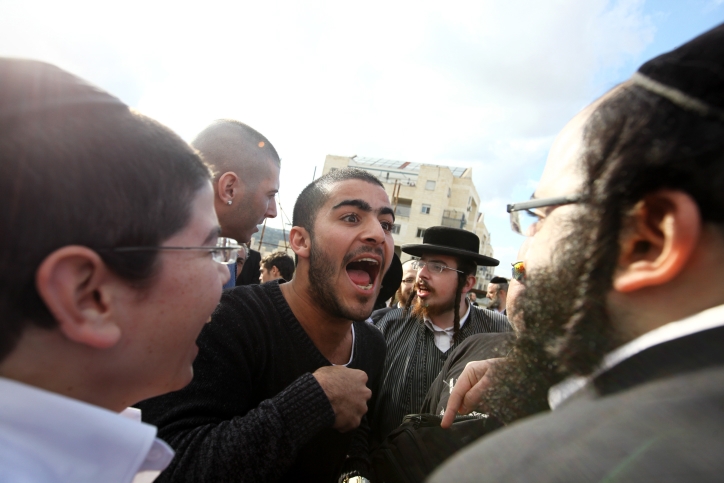 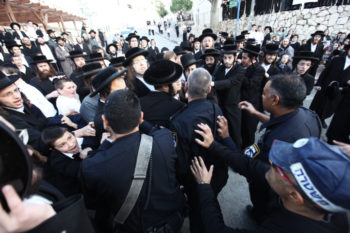 JERUSALEM (JTA) — Thousands participated in a rally in the Jerusalem suburb of Beit Shemesh against gender segregation and violence against women by haredi Orthodox extremists.

The rally Tuesday evening was held near a national religious girls school that has been at the center of the controversy. It is the school attended by 8-year-old American immigrant Na’ama Margolis, who was featured in an Israeli television news program, saying she was afraid to walk to school following harassment by local haredi Orthodox men.

The rally was organized on Facebook. More than 4,000 users responded on the Hebrew Facebook page, “1,000 Israelis are going to Beit Shemesh to protect little Na’ama” indicating that they would be attending. Organizers said they had expected some 10,000 people to participate.

Israeli President Shimon Peres urged Israelis to attend the rally. “Today is a test for the nation, not just for the police. All of us, religious, secular, traditional … must as one man defend the character of the state of Israel against a minority which breaks our national solidarity,” Peres told reporters Tuesday.

“Discrimination against women goes against the tradition of the Bible and the principles of Judaism,” Prime Minister Benjamin Netanyahu told the audience at an adult Bible contest gathering Tuesday evening as the rally was getting underway.

The rally comes a day after clashes between haredim and police in two neighborhoods of Beit Shemesh, a suburb of Jerusalem with a population of 80,000. Two residents were arrested.

About 300 haredi Orthodox men threw stones at police and burned trash cans Monday after the police removed a sign calling for the separation of the sexes on city streets, Haaretz reported. The signs had been replaced after being removed the previous day.

Rioters on Sunday reportedly surrounded and threw stones at the city workers who removed the signs. Some were said to have called the police who came to break up the riot “Nazis.”

One sign called for women to cross the street in front of a local yeshiva; another called for women to dress modestly in public. The sign removal began Sunday evening, when it was assumed that residents would be in their homes lighting Chanukah candles, Ynet reported.

Following media reports of attacks on women by haredi Orthodox men, the Beit Shemesh municipality said that it would install hundreds of security cameras in areas where harassment of women was occurring.

News teams from two Israeli television channels were attacked by haredi Orthodox men attempting to film in the city on Sunday and Monday.

Netanyahu over the weekend called on the Israeli police to act aggressively to stop violence against women in the public sphere. The order came from Netanyahu Saturday night through Public Security Minister Yitzhak Aharonovitch following the television news report about Na’ama.

Netanyahu reportedly also spoke with Attorney General Yehuda Weinstein to make certain that laws against excluding women from the public space were enforced.