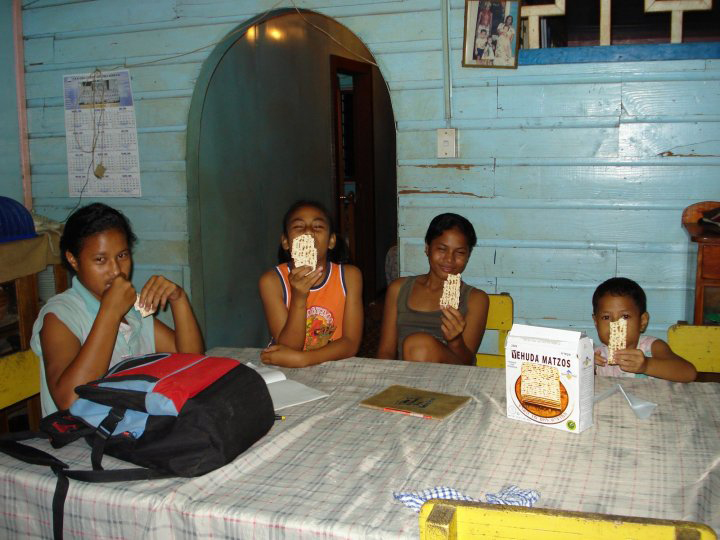 By moving west of the international dateline, Samoa forfeited the last Friday of 2011 and jumped straight from Thursday into Saturday.

For Samoans, this solved a practical question: Why remain 18 to 23 hours behind chief trade partners Australia and New Zealand?

For Jews, it posed a question of a different sort: When does Shabbat start in Samoa?

And are there really any Jews in Samoa?

A country adopting a new stance vis-a-vis the international dateline is nothing new. In 1995, the island nation of Kiribati also shifted westward. Even in Samoa, this wasn’t the first time they have dateline-hopped: In 1892, the country jumped east to better align itself with American trade interests. That year, Samoa made the adjustment by repeating July 4. Alaska also adopted an extra day when it switched from Russian to American hands in 1867.

Rabbi Dovid Heber, an adviser to the Baltimore-based Star-K kosher certification agency and a lecturer on halachah and astronomy at the Ner Israel Rabbinical College, said he fielded two questions last week about when one should observe Shabbat in Samoa and neighboring Tokelau, which is also effected the change.

"Neither were traveling there," Heber noted of the questioners. While the Star-K does send kosher supervisers to the Pacific to inspect fish and food oil factories, he said none have been to Samoa or American Samoa, which did not adopt the recent time change.

Nevertheless, Heber formulated a two-page halachic opinion on the issue. The upshot: Sabbath-observant Jews should avoid traveling to these areas. If they must travel to New Zealand, Japan or other areas in the Pacific over the weekend, they should consult their local rabbis. "In Samoa it is ‘safek Shabbos’ (questionable as to when Shabbos begins) every week," Heber’s opinion said. "Shabbos would begin every Thursday night at sunset and end when it gets dark on Saturday night — or 49 hours of Shabbos.” In the weeks following the clock change, the 49-hour period of refraining from work would commence Friday at sunset and end Sunday night. Last weekend, however, the 49-hour period began Thursday at sunset and ended Sunday night.

"No wonder nobody comes here!" joked resident Samoan Jew Max Lapushin in response to the notion of a 49-hour Shabbos in Apia, the Samoan capital.

Lapushin, a 25-year-old American citizen, lives in Apia and has called the Pacific island nation home for nearly four years. A Jewish day school graduate from Atlanta, Lapushin first arrived in Samoa as a Peace Corps volunteer in October 2007 to teach computer classes. He was on the ground when the devastating 2009 earthquake and tsunami hit, killing more that 180 people. Lapushin recently returned to Samoa after a few months overseas to work as a computer consultant. "This place is so disconnected," Lapushin said. "Judaism without a sense of community — it’s something, but there’s no community."

“I don’t think there’s any island in the world that has no Jews,” Rabbi Menachem Mendel Goldstein, a Chabad emissary in New Zealand, told JTA. "We have had an inquiry from Samoa, but every indication was that there’s basically no Jewish community of any kind whatsoever," he said, noting that the inquiry was an email from a group of curious Protestants a year ago.

Previously stationed in Christchurch, Goldstein was reassigned to Auckland after the Christchurch Chabad house was damaged beyond repair in a massive earthquake in February. Although Goldstein recalls sending emissaries to Fiji and French Polynesia, he said he had never heard of Chabad emissaries traveling to Samoa.

In 1951, JTA dubbed Arno Max Gurau, a member of the Legislative Assembly of Samoa, "the only Jew in Western Samoa." According to infomation from the cemetery in Apia, Gurau married two Samoans and one half-Samoan and passed away in 1961.

“[The clock change] would certainly be relevant for any Jewish tourists or humanitarian volunteer personnel — who obviously now I am aware exist in Samoa,” Goldstein said. On Thursday afternoon, Lapushin only knew of two other "Samoan" Jews — both Peace Corps volunteers — who were on vacation when the clock changed. If correct, this would have made him the only Jew present on the Samoan mainland when the island nation turned the clock forward.

“I will follow their lead and light Shabbos candles on Saturday night,” Lapushin told JTA.