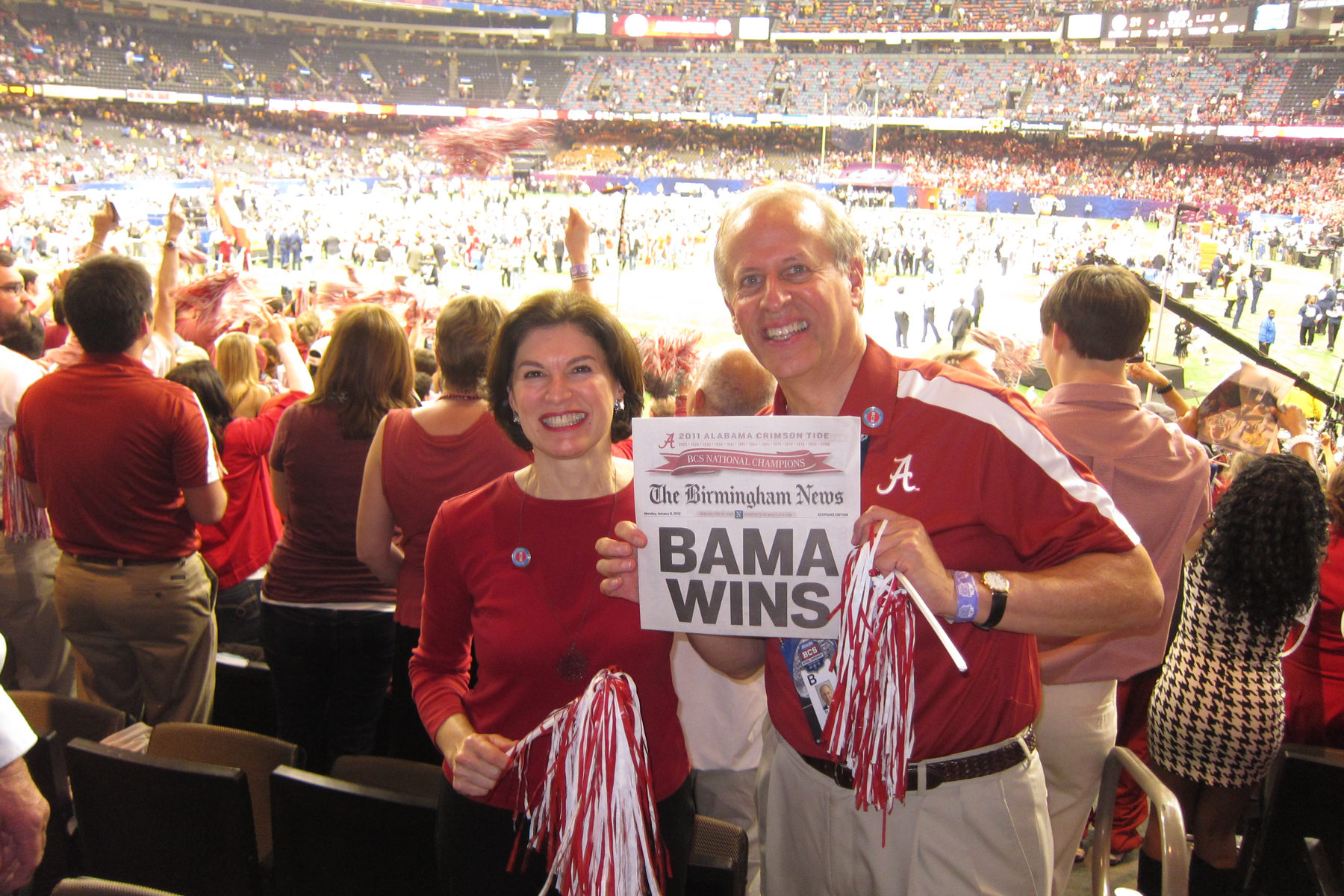 NEW YORK (JTA) — After the University of Alabama won the Bowl Championship Series football crown by dominating top-ranked Louisiana State University, much of the attention and credit has gone to Crimson Tide coach Nick Saban.

But what about Robert Levin?

Pediatrician by day, Levin has been Alabama’s band announcer — better known as the “Voice of the Million Dollar Band” — for 21 seasons. So he’s been around for three national titles — that’s one more than Saban, although the coach has only been at ‘Bama for five seasons.

The doctor told JTA that he’s nowhere near jaded from all the winning.

“My wife was sitting with me [Monday] night, and we just kept looking at each other saying how much fun we were having,” Levin told JTA, referring to the 21-0 victory over LSU. “We just feel so fortunate.”

Levin said the gig came about through sheer coincidence, when he met the band director at a party.

“I did my imitation of a public address announcer for her, having no experience, and she thought it was good,” he recalled. “She asked if I would want to do a game for them, which I did, and after that I became the permanent announcer.”

Radio announcer Eli Gold is the official “Voice of the Crimson Tide.” Jon Solomon covers the team for the Birmingham News. And Mike Slive is the commissioner of the Southeast Conference, home to the last six college football champions — Alabama has won two of the last three national titles. Slive also is a member of Levin’s synagogue in Birmingham and a close friend.

“Although he is considered the most powerful man in collegiate athletics, Mike is really just a nice Jewish guy,” Levin said.

The pervasiveness of Alabama football has been deep seated in the state’s Jewish community for generations.

“My great-grandparents used to have a picture of Paul ‘Bear’ Bryant next to a picture of Menachem Mendel Schneerson,” said Eliot Safier, a teacher in New York with Alabama roots, referring to the legendary Alabama coach and the late leader of the Lubavitch movement. “My mom told me that they were shomer Shabbat except when Alabama played on Saturday.”

Levin also grew up as a Crimson Tide aficionado.

Alabama “has always been my team,” he said. “As a little boy, [watching games] is what we did on Saturdays. I always loved them.”

Dr. Jeremy Royal, another member of Birmingham’s Jewish community, feels an exceptional pride when it comes to Alabama’s star players. Since winning a prestigious high school football trophy in 1995, Royal has the right to attend the Heisman Trophy weekend in New York. In December he attended in support of Crimson Tide running back Trent Richardson, a Heisman finalist.

“Aside from his incredibly impressive athletic talent, Trent clearly values team more than self,” Royal wrote in a Jewish Federation newsletter following the trophy weekend. “This characteristic makes him even more likable as a person and makes us cheer even harder for his successes.”