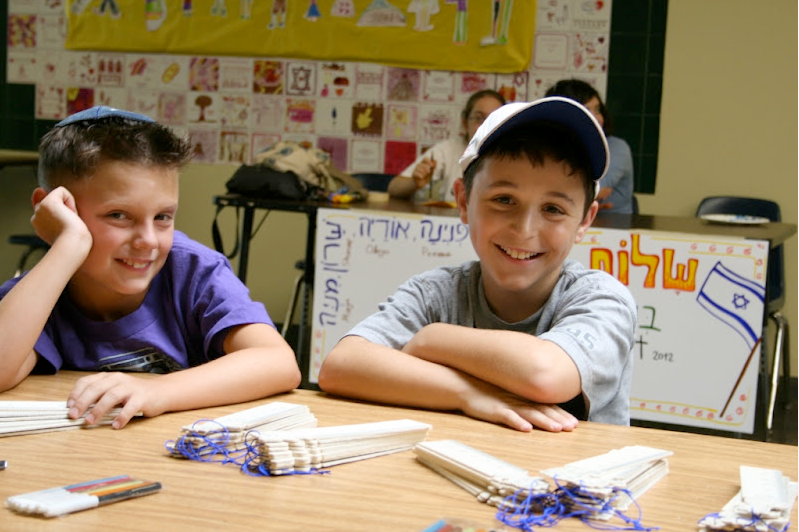 NEW YORK (JTA) – With day school tuition fees on the rise, New York housing costs among the highest in the nation and the job market still tough, the Orthodox Union has a solution for Orthodox Jews under pressure: Move to Houston.

In a first-of-its-kind partnership for the organization, the OU is working with some prominent Modern Orthodox Houstonians to promote America’s fourth-largest city as a more affordable, pleasant and viable alternative to life in the dense Orthodox Jewish communities of the New York-New Jersey area.

“The community, we felt, is at a tipping point,” said Stephen Savitsky, chairman of the OU’s board. “Houston has sustainable, affordable housing. There’s no state income tax and a great job market. It has affordable Orthodox living.”

So far, the program is limited mostly to public relations: There will be a campaign whose exact strategy has yet to be mapped out, and the OU and Houston Orthodox Jews are paying for an ambassador of sorts, Rabbi Moshe Davis, to promote Orthodox Jewish Houston. The OU is not offering tuition subsidies or any other kind of financial incentives to families looking to relocate to Houston, and OU officials declined to say how much money they are planning to spend on the program. While several local Orthodox institutions are involved, the Houston Jewish federation is not.

But as the effort ramps up, the OU says it wants to bring in the federation, promote Houston on the OU jobs board, hold organizational conferences and marriage retreats in Houston, and possibly move some jobs to Texas from the OU kosher supervision operation. If the Houston pilot program is successful, the OU says it will expand it to a handful of other cities across the country — what Orthodox Jews call “out-of-town communities” because they’re not in the New York area.

“We decided to focus on one community, Houston, to promote as a destination community,” said Simcha Katz, the OU’s president. “But Houston is just the pilot.”

The effort to have community members move from the metropolitan area with the country’s largest concentration of Orthodox Jews to Texas is a reflection of the challenges facing American Orthodoxy.

Between their relatively large families, day school tuition costs and the premium that consumers pay for kosher food, Orthodox families face considerable financial hurdles. As the nation’s economic woes drag on, Orthodox leaders fear that the Orthodox lifestyle will become unsustainable for a growing proportion of the community.

“If we don’t find a way of making Orthodox Jewish life affordable, we’re going to have a serious problem,” Savitsky said. “We can’t be myopic. What’s going to happen in another generation? The cost of housing and other issues are just choking the Orthodox community.”

Perhaps the clearest sign of that pressure is the increasing interest among Orthodox Jews in alternatives to Jewish day school, by far the largest financial drain on Orthodox families. The last five years have seen the opening of a Jewish high school in East Brunswick, N.J., that utilizes distance learning to keep tuition at $5,000 per year, a failed effort to open up a no-frills day school in Englewood, N.J., and a growing movement of Hebrew charter schools that receive public funding and are drawing Orthodox students.

While tuition rates at the Orthodox day schools in Houston range from $10,790 per year in kindergarten to the $18,883 at the Robert M. Beren Academy, the only Orthodox Jewish coed high school in the area, those sticker prices are still considerably lower than New York-area schools.

“What has happened to affordability in New York is out of control,” said Etan Mirwis, a native New Yorker who moved to Houston 16 years ago and is helping spearhead the effort to promote Orthodox life in the city. A businessman involved in real estate, Mirwis is also president of Torat Emet, a Jewish elementary school in Houston.

“With the number of children the average Orthodox family has, what are you going to need to make to pay your bills, live comfortably and not be on scholarship? In New York, it’s in the hundreds of thousands of dollars,” said Mirwis, who has seven children. “In Houston, you can do it for under $100,000.”

Thirty years ago, Houston wasn’t on the Orthodox map. There was no eruv enclosure and a dearth of synagogue, food and school options. But that changed as young couples moved to the area, in part due to job growth in the city’s energy and health care sectors. The ensuing expansion of Orthodox infrastructure has had a domino effect.

Today, Houston Orthodox leaders say there are 500 to 600 Orthodox families in the city among a total Jewish population estimated by the Jewish Federation of Greater Houston at 40,000 to 45,000. Precise numbers are hard to come by because Houston has not conducted any Jewish population studies recently.

What’s clear, Mirwis says, is that Houston is a place where Orthodox Jews not only can be comfortable but actually live better Jewish lives.

“You should be able to support your family with one person working and one person at home to keep the Orthodox lifestyle going,” he told JTA. “You need it to maintain the ideal family environment committed to the Jewish traditions of taking care of your children, going into Shabbos not in the 17th minute [before sunset], going to minyan in the morning, setting aside time for learning. Today that hardly exists.”

Plus, on Feb. 2, the temperature in Houston was a balmy 77 degrees.