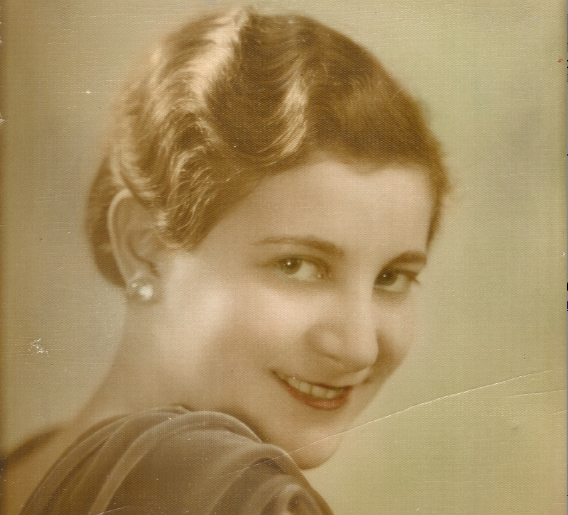 Leonard Grossman has come up with a moving online tribute to his late mother, Trudel. On the blog, Trudel’s Truth, he publishes a series of her letters, translated from German, exactly 77 years after each one was written.

Recently, Grossman offered a first person account explaining how the JTA Archive helped him verify details in one such letter:
[[READMORE]]

I am in the process of editing and posting as a blog the letters my mother wrote home to Germany during the period 1934-1937. Sometimes her letters raise questions.

In a letter she wrote on August 5, 1934, published here, she mentioned a Jewish prodigy who played the violin. She thought his name was "Isha." When she translated the letters well over a half a century later she thought it might have been Yitzhak Perlman, but he wasn’t born until a decade later. Google led me to a French video archive which had a clip of a Grisha Goluboff playing violin in Chicago that summer. But the information was not convincing. Then however, Google led me to an article published on July 27 1934 by the JTA.

The article not only confirmed that it was Goluboff who performed at Jewish Day at the 1934 Chicago World’s Fair, but that the name of the program was Epic of a Nation and told the interesting story of Henry Ford’s loaning him a Stradivarius for the occasion. Little has been written about the 1934 program in contrast to the more famous 1933 event called Romance of a People. (Interestingly, the 1933 program booklet included letter of congratulations from Ford to the Jewish community on the event. At a recent lecture, the speaker found that quite surprising. That it was not a sole exception to an otherwise anti-Semitic reputation is confirmed by your record of Ford’s loan of the Strad a year later.)

Thank you to the JTA for preserving details of our history which otherwise would be lost.

Leonard Grossman
Trudel’s Truth — A blog from the past
http://lgrossman.com/trudel