For traditional musicians, alternatives to the Friday night concert abound 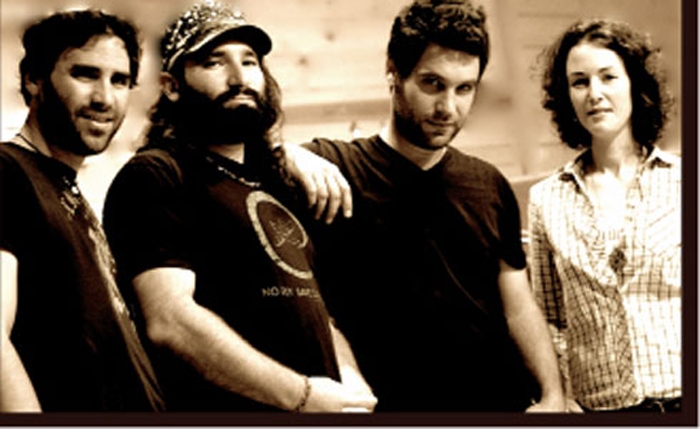 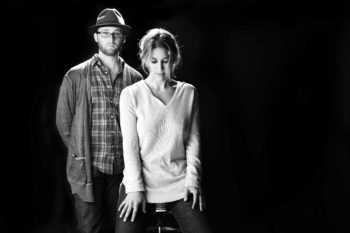 LOS ANGELES (JTA) — With his yarmulke, ritual fringes and lyrics occasionally borrowed from ancient texts, Grammy-nominated reggae star Matisyahu may be the most publicly Jewish performer in the mainstream music scene. But he’s not the only one.

Growing ranks of Jewishly committed performers are finding success on the national stage. Located on both coasts, these independent artists share more with Matisyahu than keeping the Sabbath. They, too, are attracting audiences with compositions informed by their spiritual lives: building connection, meaning and hope.

“The fuel that keeps us going is the feedback we get all the time that says, ‘Your music inspires me,’ ” says Yehuda Solomon, who with his band Moshav has opened repeatedly for Matisyahu. “People tell us all the time, ‘I don’t listen to Jewish music, but you guys break all the stereotypes.’ ”

Solomon is the chazan, or cantor, for the Orthodox Happy Minyan in Los Angeles, dedicated to the lively, liturgical compositions of the late Rabbi Shlomo Carlebach. As Moshav’s lead vocalist, Solomon performs original world music, folk and rock in Hebrew and English, as well as “Shlomo tunes.”

For mainstream musicians hoping to make it big, Friday-night gigs help build successful careers. Without that option, licensing material and composing produce vital income. Some artists moonlight behind the scenes, which led to a Grammy Award for guitarist C Lanzbom of Pomona, N.Y.

Jewish artists P!nk and Barbra Streisand are among the nominees at this year’s Grammy Awards ceremony, which is slated for Feb. 12.

Lanzbom, the son of Holocaust survivors, began his foray into music at age 7. Like Solomon, he was heavily influenced by Carlebach.

Although Carlebach was never as mainstream as Matisyahu, his iconic singing career spanned more than 40 years. Constantly touring, Carlebach performed at Carnegie Hall, the Berkeley Folk Festival and a range of international venues, from coffeehouses to synagogue basements. It was Carlebach who paid for Lanzbom’s first flight to Israel and introduced him to meaningful religious practice.

When Carlebach died in 1994 from a heart attack aboard an airplane, Lanzbom dedicated his first solo album to him, covering his songs. The album, “Beyond This World,” propelled Lanzbom into the Jewish market.

“It might look like I chose to limit myself,” he says, “but it also gave me an identity.”

Lanzbom works with some household names, recently mixing a Seeger track featuring Bruce Springsteen. But he is best known to Jewish audiences as part of the rock-folk band Soulfarm, which he co-founded with Solomon’s brother, Noah, a gifted vocalist and mandolin player. Together they record original compositions, Carlebach songs and Breslov Chasidic tunes.

The Solomons grew up in Israel next door to Carlebach on the moshav Mevo Modi’im. The religious, musical village Carlebach founded in 1976 has spawned numerous bands, including Moshav, which performs worldwide on Jewish and mainstream stages. Its next album, “Light the Way,” debuts this spring.

Even when the music of these indie artists boasts appeal universally, the spiritual underpinnings often resonate as uniquely Jewish. Perhaps the most extreme example is the Matisyahu hit “One Day,” which speaks of a messianic era. NBC aired the song in promos for its Winter Olympics coverage. Highlights from his forthcoming album recently performed in San Francisco suggest more inspirational material ahead.

The same applies to singer and guitarist Dov Rosenblatt, who with Talia Osteen, his non-Orthodox bandmate in The Wellspring folk-pop duo, has opened for headline rockers Pete Yorn and Ben Kweller. Yorn and Kweller do not keep Shabbat, but they delayed Saturday night shows to accommodate Rosenblatt, who grew up Modern Orthodox, attended Yeshiva University and recorded three albums with his previous rock band, Blue Fringe — an allusion to ritual fringes.

After marrying into a Lubavitch family in Los Angeles, where he has since relocated, Rosenblatt jokes that he is now “Modern Lubavodox.” He has co-written pop songs with Didi Benami (“American Idol” finalist), Taylor Mathews (“America’s Got Talent” finalist) and Mikal Blue (producer for Colbie Caillat and Five For Fighting).

But it’s licensing that generates anywhere from one to a few hundred thousand dollars in fees per song. His compositions, co-written with Lanzbom or Osteen, have appeared on MTV’s “The Real World,” “The Kardashians” and “Cougar Town.” When Fox featured The Wellspring’s cover of Big Star’s “Ballad of El Goodo” on “House M.D.,” a subsequent tweet from celebrity Olivia Wilde triggered massive interest in new licensing deals.

Rosenblatt’s L.A. colleagues, Yael Meyer and Cathy Heller, each have a long list of licensing credits, including “Beautiful People,” which they co-wrote. ABC aired it in network promos. Just as Matisyahu’s gold single “King Without a Crown” resembles a contemporary psalm, their songs, too, often are spiritual meditations.

When Heller learned that Arab terrorists had murdered five members of the Fogel family in the Itamar massacre in March 2011, she felt helpless and overwhelmed.

“I realized the only thing I have control over is my own happiness, so that’s what I need to get busy working on,” she says.

The result is her ukulele-driven pop song “Gonna Be Happy,” a call to “Turn your inside out. Let it shine.” The song will air on the CW’s March 28 series finale of “One Tree Hill.”

Meyer, whose compositions “write themselves,” watched her song “Shed Their Fear” emerge as a prayer: “Grant me strength to dissipate the dark that haunts and pierces deeply like a spear.” ABC broadcast it in prime time on “Private Practice.”

For Meyer and Heller, who attend Orthodox synagogues, performing for mixed audiences of men and women once may have raised concerns over kol isha, the religious restriction on hearing a women’s voice.

That’s what happened to Carlebach’s daughter. As a teenager, Neshama Carlebach performed widely on her father’s last tour. He would announce that she was heading on stage to sing one song, “B’Shem Hashem” [“In God’s Name”]. “He would say if anyone has a problem with that, go out for five minutes and then come back,” she recalls.

After Carlebach’s death, Neshama continued his tour. At times she has encountered intense condemnation from the same audiences attending her concerts and buying her eight albums. Her father’s mission, to “heal, uplift and transform the world,” has profoundly impacted Neshama, who identifies as Modern Orthodox.

“My response to kol isha was so passionate because I believe I was born to this man to continue the work he began that is so needed in this world,” she says.

“As the Talmud plainly puts it,” Linzer wrote in a New York Times opinion piece, “the responsibility is on a man, not a woman.”

These days, Neshama anticipates performing in “Soul Doctor,” the Broadway-bound, full-length musical she co-created that celebrates her father’s life. She also is touring solo and performing her father’s compositions together with a charismatic Baptist gospel choir on global stages. Their album, “Higher and Higher,” was a sixth-time entrant in the 2011 Grammy Awards.

She says the ongoing criticism won’t stop her.

“I put interfaith and kol isha in the same category: ‘defined by fear,’ ” Neshama says. “I will walk where I walk and people will say what they say. I pray that they find their own healing.”