Jewish athletes in Russia, with love 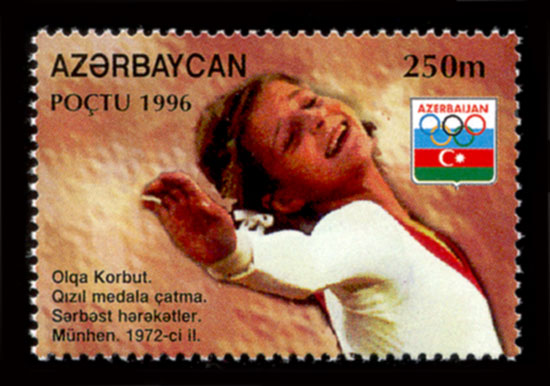 At the 1973 world university student games in Moscow, JTA caught the gossip bug when reporting a budding romance between two athletes:

Against the background of organized Soviet harassment of Israeli athletes and Jewish spectators at the world university student games in Moscow, a warm friendship was reported to have developed between an Israeli basketball player and Russia’s outstanding gymnast, Olga Korvot. The tall, bespectacled Yehoshua Schwartz and Ms. Korvot, both of whom speak English, met at various events and then went to dances together.

Schwartz said in a telephone conversation with his family here that the gymnast "dances very well." Ms. Korvot, apparently unconcerned about possible hostile official reaction, visited the Israeli athletes. She has intimated that her mother was half-Jewish. Schwartz, who said he intended to maintain contact by correspondence with the beautiful gymnast after he returns to Israel, declared, "we are now good friends."

Where are they now? Wikipedia fills in some details: 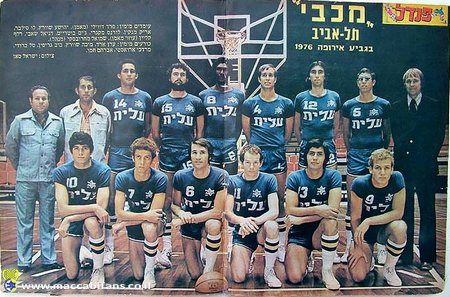 Yehoshua "Shuki" Schwartz (#5, standing "tall and bespectacled," second from top right) went on to play basketball for Maccabi Tel Aviv and represented Israel on the 1979 European championship team. Schwartz later pursued a career in business and investments and is married with three children and two grandchildren.

Olga Korbut retired after the 1976 Olympics, earned a degree in history from the University of Grodno in 1977. The following year, Korbut married Leonid Bortkiewicz,  a well-known Belarusian psychedelic folk singer. The two had a son and moved to America. They separated in 2000, with Korbut remaining in the U.S. [Related reading: Bortkiewicz’s autobiography, "Pesnyary i Olga."]