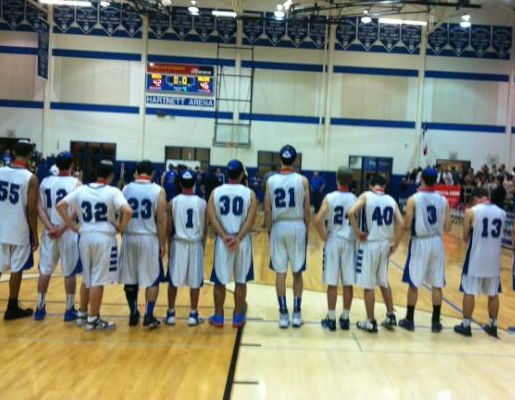 Propelled into the national spotlight through a combination of great play, Sabbath observance and some parents’ legal action against the Texas Association of Private and Parochial Schools (TAPPS), Houston’s Robert M. Beren Academy Stars fell 46-42 to the Abilene Christian Panthers in the Texas state basketball championship game for private and parochial schools with enrollment between 55 and 120 students.

In 2008, an identical situation almost unfolded in Colorado.

[[READMORE]]
Herzl/Rocky Mountain Hebrew Academy, now Denver Jewish Day School, saw its boys and girls basketball teams eliminated in the district finals, with the boys losing by three points. Prior to the matchup, the Colorado High School Athletic Association (CHSAA) voted to not move subsequent rounds from their originally scheduled time on the Jewish Sabbath, meaning that had either Tigers team won, a runner-up would have moved on instead.

Months later, the CHSAA accomodated the Herzl/RMHA boys baseball squad when it qualified for the state tournament.

During a live stream of the TAPPS final, announcer Ari Gold — an enthusiastic Beren parent — heralded the match-up as the first time a Jewish day school has ever advanced to the state championship game in basketball. We couldn’t find evidence to the contrary in the JTA Archive. [READERS: If you know of any Jewish schools that have competed for a state championship, e-mail archive_AT_jta_DOT_org]

In 1984, the Yeshiva University of Los Angeles (YULA) reportedly became the first Jewish day school to win a league title in an open league. At the time, it was considered unusual for a Jewish team to have a non-Jewish coach — but in the year 2012, it’s possible to have a former NBA star as a coach.

In 2011, YULA rival Valley Torah lost by one point in the second round of the California Interscholastic Federation (CIF) Division V state tournament, whose regional final was scheduled for Saturday 3:00 p.m.

For those of you craving more March Madness — or March Meshugas — the 2012 CIF bracket will be released on Sunday March 4 at 8 p.m. EST.