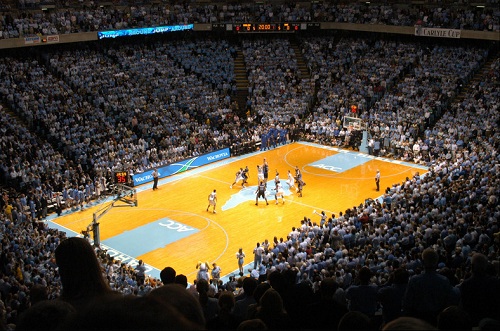 The 2012 NCAA tournament tips off now, with 64 teams competing for the championship. The Archive Blog likes first-seeded University of North Carolina Tar Heels to win the basketball tourney.
[[READMORE]]
In a profile of standout UNC payer Harrison Barnes, The Atlantic points out that the sophomore has a chance to lead UNC to the championship in New Orleans — 30 years after Michael Jordan achieved the same feat in that city.

Archive Blog fans have another fabled anniversary to rest their hopes on: UNC’s Hillel building was dedicated 60 years ago in April.

BONUS TRIVIA: In 2003, the NCAA was praised by the Anti-Defamation League for offering to accommodate the Sabbath observance of which tournament-bound team? Answer here.