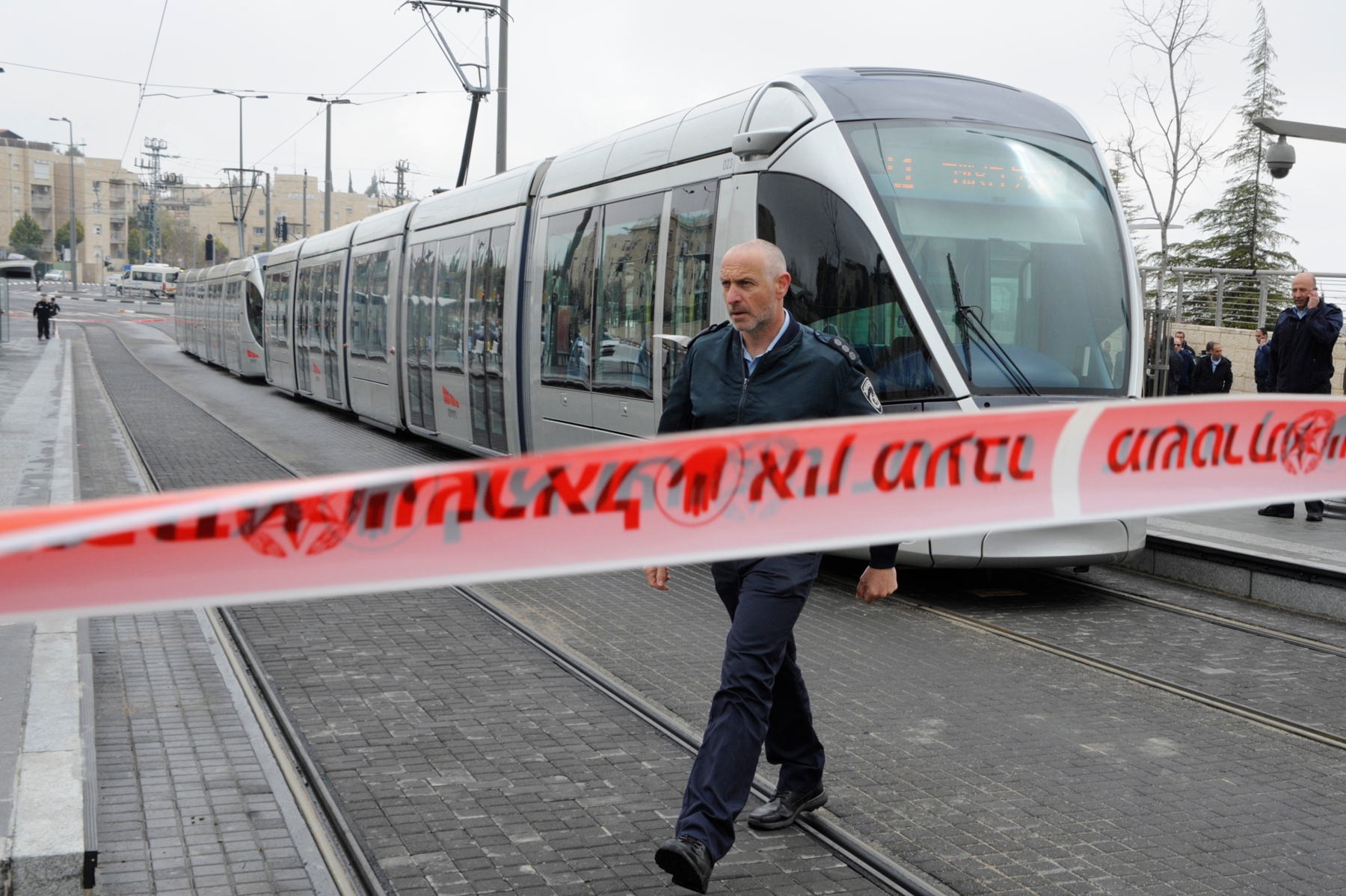 An Israeli police officer stands guard at the scene in eastern Jerusalem of a stabbing attack on a female Israeli soldier while she was riding Jerusalem's light rail on March 15, 2012. (Uri Lenz/FLASH90 )
Advertisement

JERUSALEM (JTA) — A female Israeli soldier was stabbed allegedly by a Palestinian man while traveling on the Jerusalem light rail to her base.

The soldier, 19, was stabbed several times in her upper body; she was wearing her army uniform. She was taken to the Shaare Zedek Medical Center in Jerusalem, where she is in serious condition, according to reports.

The alleged attacker reportedly was detained at the Kalandia checkpoint between Jerusalem and Ramallah. Several suspects have been detained in the incident, the Israel Defense Forces reported.

The light rail travels through western and eastern Jerusalem.