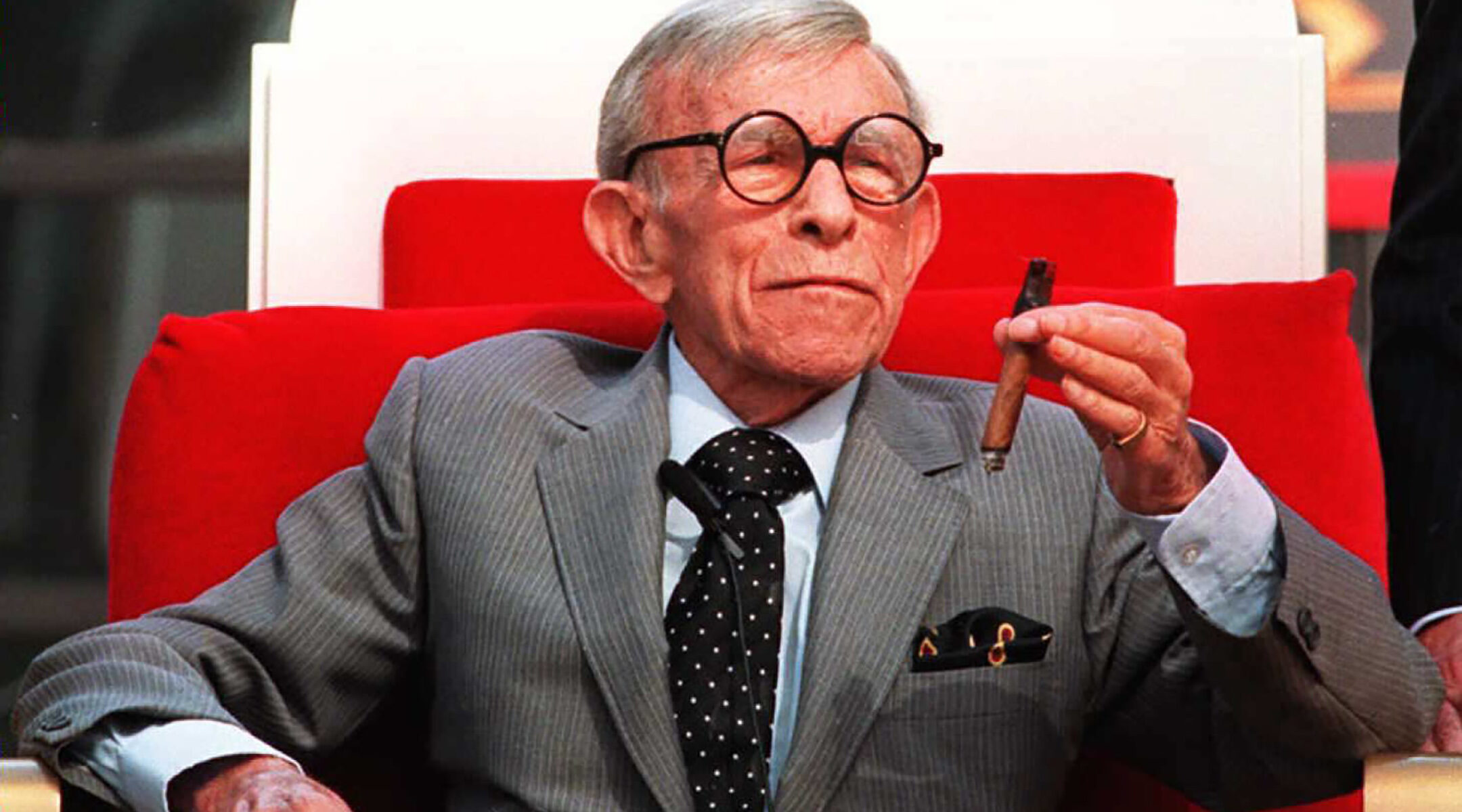 When he was 7, something happened that turned the late comedian George Burns away from Judaism.

“His father was sitting and reading a religious book and his mother was looking out the window at an organ grinder when his father called out to his wife and died,” said Burns’ biographer Lawrence Epstein. “He was not able to deal with his father’s death, and he found it very offensive that his mother had to hire men to complete the minyan at his house so his mother could say Kaddish during the shiva. It made Judaism unattractive in his eyes.”

Burns told that little-known story to an interviewer for the American Jewish Committee and it is just one of the insights Epstein has included in his new book about the comedian, “George Burns: An American Life” (McFarland & Co.). Burns died at the age of 100 in 1996. There are other biographies of Burns, but Epstein said his is the first to explore the comedian’s Jewish ties.

Although he was not a practicing Jew, Burns never formally changed his name from Nathan Birnbaum. In fact, his Catholic wife Gracie Allen and all of his friends called him “Natty”; Gracie called him “George” only when they were acting.

And although Burns would later make light of his first marriage to a Jewish woman — saying he married Hannah Siegel only so they could tour together — they were actually married for four years. Epstein said Burns downplayed that marriage for fear it would “take something away from everyone’s perception that he loved only Gracie.” He even omitted it on the marriage application when he and Gracie wed.

In his later years, Epstein said, Burns was “very supportive of Israel and gave to a lot of Jewish charities. He even gave money to a Jewish hospital in Israel and performed at a benefit for them. Eddie Cantor was the same way — they saw themselves as people who had to give back.”

But just like the wife of Jack Benny, Sadie Marks, who changed her name to Mary Livingston when she appeared on his radio and television shows, Epstein said Burns had to hide his Jewishness.

“He was Jewish inside, but it stopped at his skin because he couldn’t be too Jewish,” he said. “He and other Jewish show business friends had to join the Hillcrest Country Club because the others barred Jews. So there you would find Burns and Groucho Marx, Jack Benny, Eddie Cantor, Al Jolson, Danny Kaye, Milton Berle, the Ritz Brothers and George Jessel. … I once asked Tommy Smothers if he knew Jack Benny was Jewish. He said no. So these performers were playing to two audiences — the Jewish audience heard them one way and the gentile audiences another. As Burns told the AJC, you had to stand out and blend in. …

“Burns was representative of a moment in Jewish life — in the 1920s, ‘30s and ‘40s — when Jews were torn between being Jewish and becoming American.”

It wasn’t until 1975 that Burns was finally able to wear his Jewishness with pride, when he co-starred with Walter Mathau as an aging Jewish vaudevillian, Al Lewis, in the movie, “The Sunshine Boys,” Epstein added.