Shaq speaks Hebrew to Jon Stewart on The Daily Show 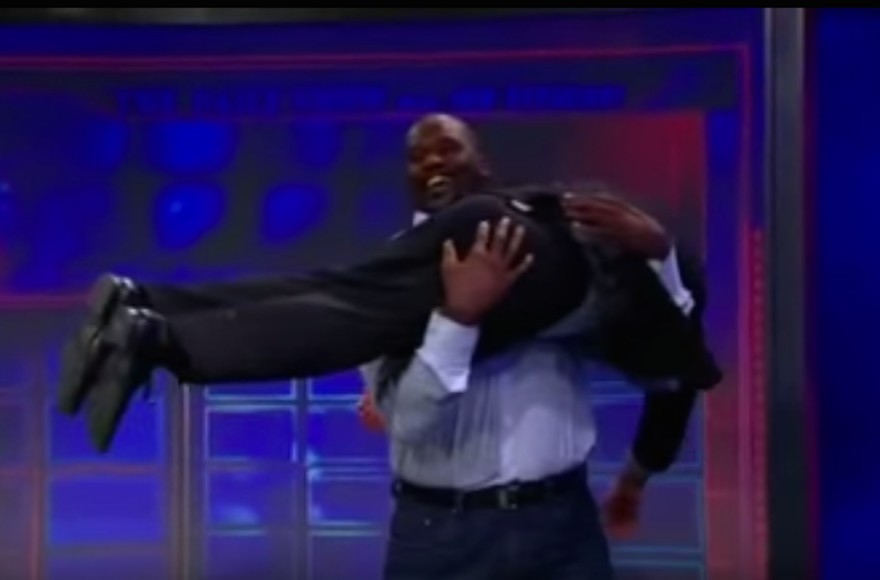 While the most buzzed Daily Show topic this week has been Samantha Bee’s hilarious piece about the Park Slope Food Co-Op‘s vote on whether to boycott Israeli products (watch it, it’s great), not many people noticed that just 24 hours earlier former NBA all-star and now TNT analyst Shaquille O’Neal stopped by and showed off his Hebrew skills.

Shaq came to visit Jon Stewart and talked about going back to college for his doctorate in human resource development, as well as his recent experience as an ex-player. When Stewart asked how to break it to his young son who dreams of becoming an NBA player that it’s not gonna happen because he’s Jewish, Shaq said: “Well, when you see him tonight, tell him Uncle Shaq says ‘Baruch Hashem,’ ‘Leshana Tova’ and tell him ‘Mazel Tov’ and that he can make it.”

If Shaq thinks Stewart Jr. can make it, and says so in Hebrew, who are we to say no? Seriously, try to say no to Shaq.

(Thanks to the Jewish Journalfor the discovery)