(JTA)– A Jewish woman suing her congregation over the burial of a non-Jewish woman in its cemetery has settled her lawsuit.

Maria Balaban, 73, settled her lawsuit with Congregation Ahavath Achim in Colchester, Conn., on Wednesday after two days of negotiations in the middle of the trial, which began last week.

Juliet Steer, 47, was buried in the cemetery in 2010 after dying of cancer. Steer was not affiliated with the congregation; the African-American woman was the first burial in the interfaith section.

Congregation Ahavath Achim’s board of directors and membership must approve the agreement by June 15.

Balaban denied the congregation’s accusations during the trial that she filed the lawsuit because Steer was black. Balaban also dropped her request to have Steer’s body exhumed and moved to a different cemetery, according to the newspaper. 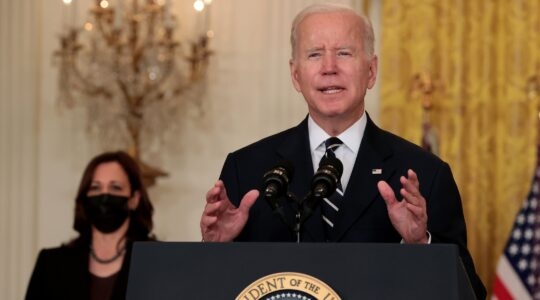