A scene from BBC's show "Episodes," which featured a tombstone with Hebrew that was translated incorrectly and engraved backwards. (Screenshot from BBC)
Advertisement 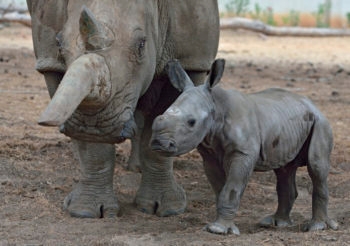 NEW YORK (6NoBacon) — Last week we reported that Drake is accused of buying a stolen Rolex watch that was owned by a New York entertainment lawyer. That case pales in comparison to the trouble “Drizzy” got himself into this week.

Drake was out with his entourage at a Manhattan nightclub and happened to be sharing the same VIP room with Chris Brown. The one degree of separation between the two rappers is Rihanna: The music star once dated Brown (and was a victim of his abuse) and now is dating Drake. At the club, the Drake and Brown entourages allegedly engaged in some heckling, which took a turn to the mutual throwing of bottles and a brawl that injured Brown, his bodyguard, several innocent party goers and even NBA star Tony Parker.

New York Police are investigating the incident, the club is shut down and both sides want to press charges in what could be the beginning of a deep and ego-tastic rivalry.

Israeli baby is born to be wild

An Israeli family chose a creative way to introduce their baby at his brit milah — and the video went viral on the web. The family put the baby inside a remote-controlled race car and drove it around the hall, between pillars of fireworks and next to drummers. The post also was extremely popular on 6 (No Bacon), with several readers commenting, “imagine the bar mitzvah!” and “It looks like the introductions before a basketball game. I suppose that’s appropriate, as they’re both pre-tipoff.”

BBC messes up its Hebrew

Another viral hit among Israelis was a screenshot from the BBC show “Episodes” that featured a cemetery scene of  man talking with a tombstone in the background engraved in English and Hebrew. While the English reads “Beloved husband and father, dearly missed,” the Hebrew may look like gibberish. But it actually makes sense — backward. Someone in the production apparently either used a poor translation software or simply had a bad language coding.

Shia LaBeouf showed his LaBeoufs on the Icelandic indie band’s Sigur Ros’ music video for the song “Four Pianos.” The clip with the actor in full-front nudity was directed by Israeli filmmaker Alma Har’el, who won the Best Documentary at the TriBeCa Film Festival for her 2011 documentary film “Bombay Beach.” It also features a nude female model. A news release says the video depicts “a man and woman locked in a never-ending cycle of addiction and desire.”

The Safari in Ramat Gan, just outside of Tel Aviv, celebrated the birth of Terkel, a white rhino. The calf’s mother, Tanda, was pregnant for nearly a year-and-a-half before giving birth last Friday. Terkel, who is named for Emilia Terkel, a zoologist who is retiring from the Safari, joins his older brother, Tiborm, who is 4 1/2. More reason to celebrate: The birth of white rhinos in captivity is quite rare. Mazel tov!