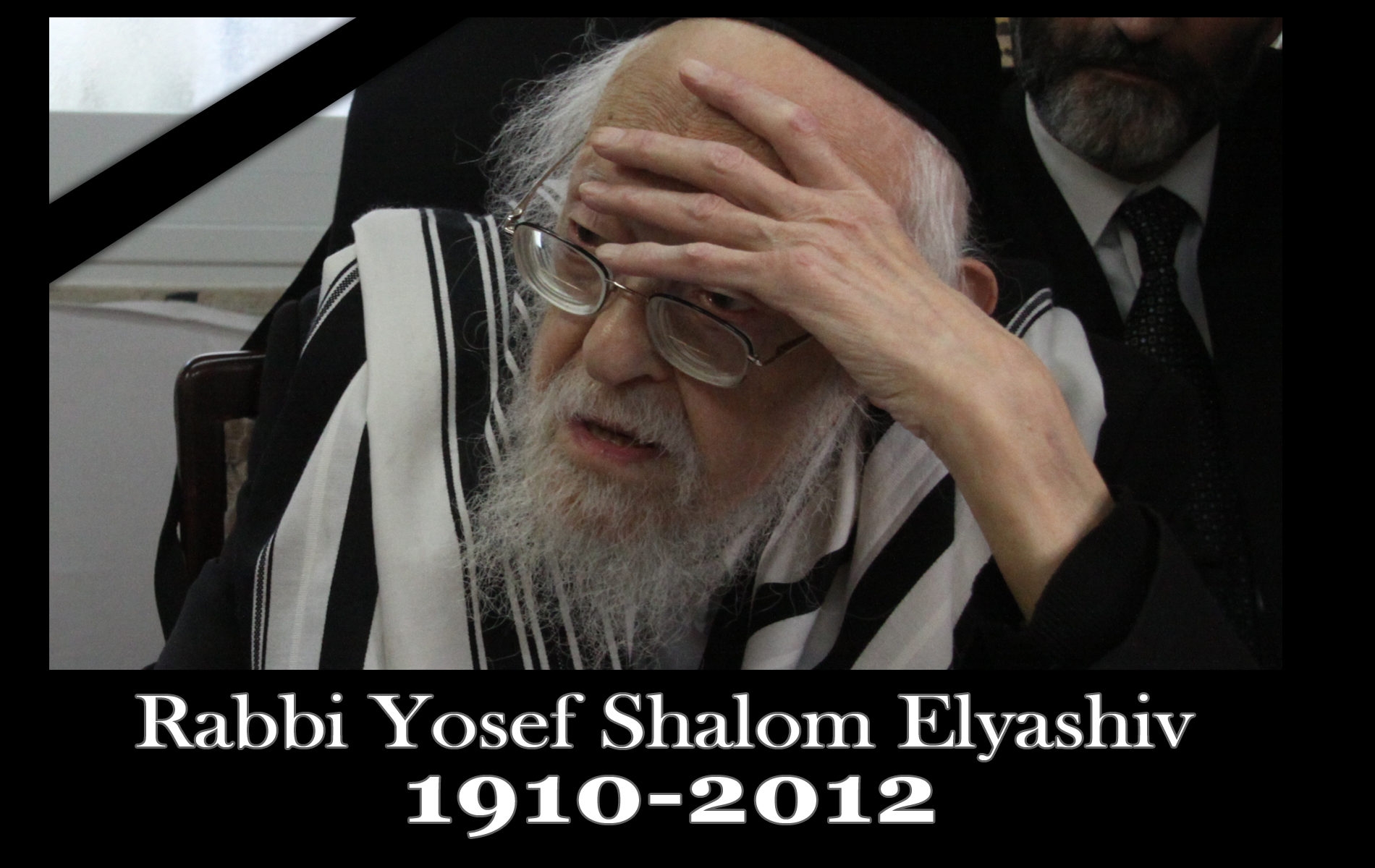 Rabbi Yosef Shalom Elyashiv was considered the most important authority of Jewish law for the non-Chasidic haredi community but shunned the limelight. (Flash90)
Advertisement

Elyashiv, who had been hospitalized and on a respirator due to complications from congestive heart failure, died Wednesday in Jerusalem. He was 102.

Tens of thousands of followers gathered Wednesday night in Jerusalem for his funeral.

Elyashiv was tapped to lead in the years before the 2001 death of Rabbi Elazar Menachem Man Shach when Shach was no longer able to function.

Unlike Shach — a fiery speaker and an innovative leader who was instrumental in establishing Degel Hatorah, a political party that represents the interests of non-Chasidic haredim in the Knesset, and the daily newspaper Yated Neeman — Elyashiv shunned social contact and communal endeavors. He spent nearly every waking moment studying rabbinical literature and making rulings in the field of Jewish law. Elyashiv’s rulings on Jewish law reflect a deeply conservative, stringent approach.

Elyashiv prohibited haredi institutions from receiving charity from Christians; he ruled that it was forbidden to use elevators on Shabbat, including those preprogrammed to work automatically; and he took a stringent position on the halachic definition of death, making it nearly impossible for Jews to donate organs.

In 2005, Elyashiv ruled in favor of joining Ariel Sharon’s government, providing it with essential backing ahead of the withdrawal from the Gaza Strip and the evacuation of 8,500 Jewish settlers living there. In exchange, Elyashiv demanded an immediate halt to all attempts to limit the complete educational autonomy of haredi educational institutions, including those partially funded by the state.

Born in 1910, Elyashiv moved to Palestine when he was 14 years old and later became close to the established Jerusalem rabbinate. Following his service on the High Rabbinical Court, he distanced himself from the establishment Zionist rabbinate and became a leader of the haredi Orthodox establishment.

He and his wife, Sheina Chaya, who died in 1994 and was a daughter of prominent Rabbi Aryeh Levin, had 12 children. Three years ago, one of Elyashiv’s great-grandchildren became a grandfather.

“In his rulings, Rabbi Elyashiv made a deep impression on the ultra-orthodox world and on the entire Jewish People. In his teachings, he outlined a path for many, who drew their strength from his wisdom and his sharp thinking. Rabbi Elyashiv’s way was to love the Torah and humanity, to be self-effacing and to maintain the sanctity of life,” Prime Minister Benjamin Netanyahu said in a statement. “Today, the Jewish People have lost a sharp and incisive rabbi, a wise man of great stature, an emissary who was faithful to the values of the Torah and who gave to others. We mourn his passing.”