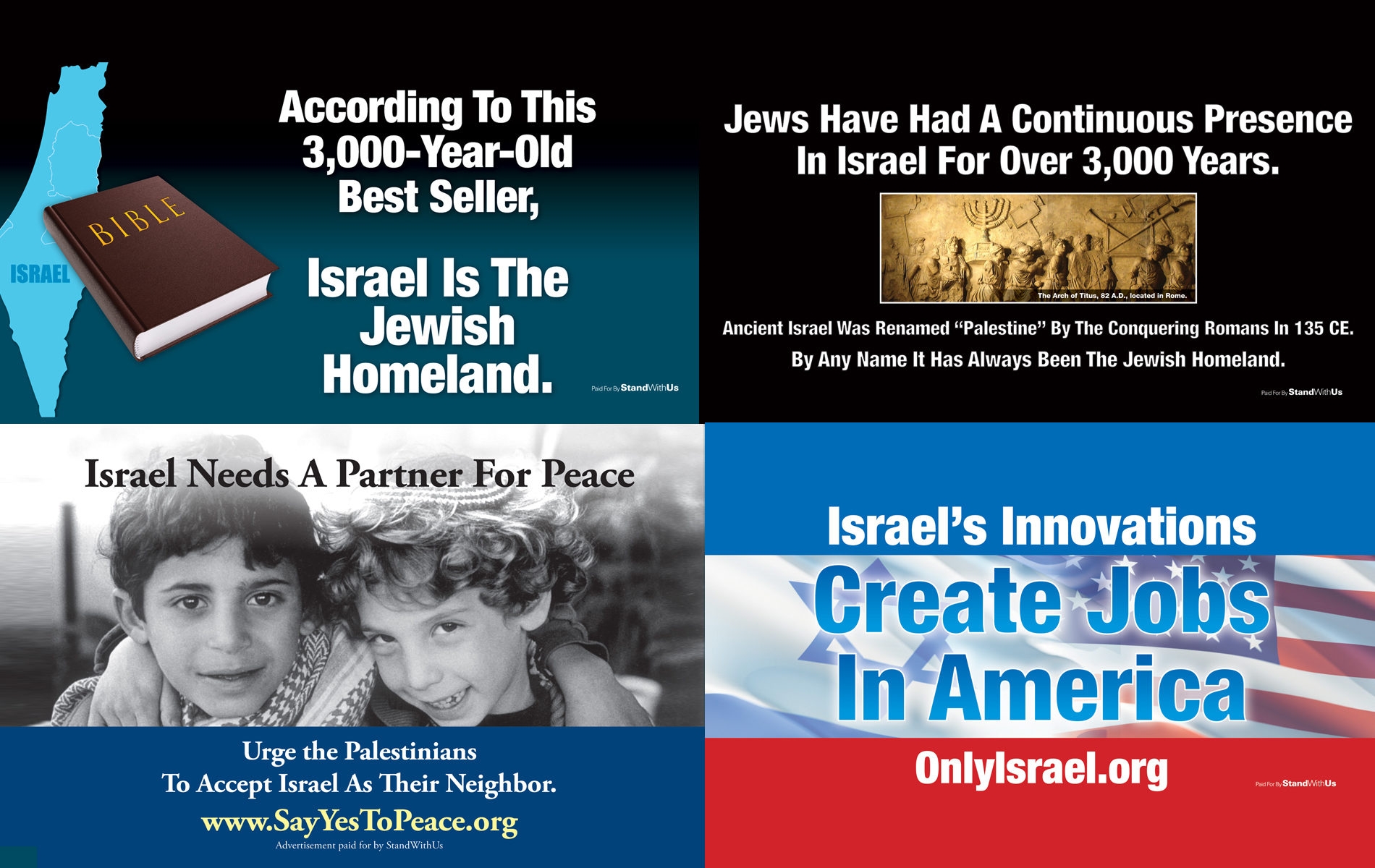 StandWithUs will place a total of 75 ads in Metro-North railway stations in Westchester County beginning Monday, according to a news release.

The ads aim to show how Israel has had a positive impact on the world, and make the case that Palestinian leaders have opposed efforts to establish peace between Israel and the Palestinians. The ads also will highlight the historical Jewish connection to the land of Israel.

One ad shows a picture of the Bible and says, “According to this 3,000-year-old best-seller, Israel is the Jewish homeland.” Another says, “Israel needs a partner for peace. Urge the Palestinians to accept Israel as their neighbor.”

StandWithUs has opposed anti-Israel advertising campaigns in cities throughout the U.S. Last year, the group used a similar technique of countering anti-Israel messages with pro-Israel billboards in New York City.