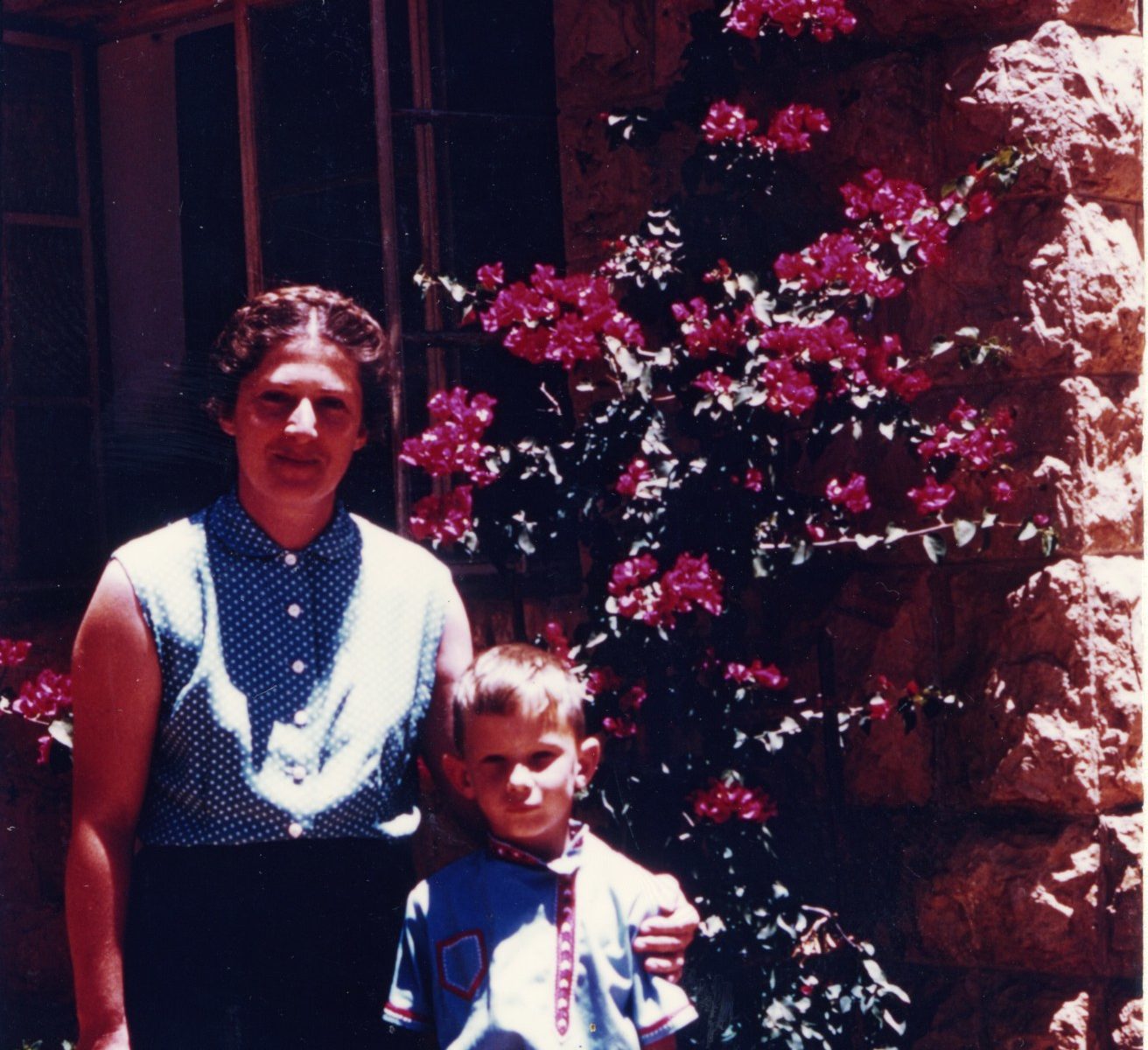 BALTIMORE (JTA) – As with a native Israeli, the R in Beit Hakerem rolls right off Dan Clawson’s tongue nearly six decades after he began learning Hebrew in that Jerusalem neighborhood.

Clawson attended Workers’ Children’s Kindergarten and then Beit Hakerem Elementary School during the two years his father, Marion, was posted to Israel as an agricultural economist advising the government on land-resource management. The family returned to  Arlington, Va., when the 1954-55 school term ended.

His lone year at the elementary school was enough for a classmate to recall Clawson’s name and nationality. So last week, when another classmate, Danny Geva (Schoenberg as a boy), was interviewed on the “Hamador L’chipus Krovim” (Searching for Relatives Bureau) radio program, he mentioned the American among the eight people being sought for a possible reunion.

“Sure, I’d be very interested to connect with them in some sense,” Clawson said from the University of Massachusetts, where he is a sociology professor.

“My expectations for finding him were low because he was here just one year,” said Geva, a computer-science lecturer at ORT Braude College in the northern Israeli city of Karmiel. “I’d typed ‘Closson’ when I searched, thinking that that was the English spelling.”

Last September, Geva decided to search for his 70 classmates and perhaps hold a reunion next year when they’d start hitting age 65. Each one he found had retained contact with “one, two or three people — not more,” he said. Geva pursued leads on the Internet and from Israel’s telephone directory. In May he met three classmates at a Jerusalem coffeehouse. Other small gatherings have since occurred.

Clawson fondly recalls Beit Hakerem as being “comparatively wild” compared with the Washington suburbs, so much so that “you could play in areas with no people” around. He remembers collecting pine cones and throwing one to Rafi, a boy four years older who lived in the Clawsons’ building. Rafi told him, “Don’t throw it because all the pine nuts are coming out,” Clawson said.

During the Clawson family’s stay, Israel’s second president, Yitzhak Ben-Zvi, gave the boy a children’s book, “The Old City’s Kids During the Siege,” apparently about War of Independence-era Jerusalem. Ben-Zvi’s business card is still adhered to the title page, and the president inscribed the book to him. Clawson recited the inscription in sabra-accented Hebrew.

First grade stuck out for Clawson because pupils sat two to a desk. Also, “The readings were far more interesting than the ‘Dick and Jane’ readers in the U.S. The Israeli readers were full of nationalist stories about Trumpeldor or whatever,” he said, referring to Joseph Trumpeldor, an early Zionist activist.

Clawson told “Seeking Kin” that he remembers one kindergarten friend, Be’eri Marat, and two first-grade chums, Ronnie “Beebo” Kosloff and Amatzia Bar-Yosef. “Be’eri was a sort of leader of kids, a popular kid. Amatzia was a good student, as was I. Ronnie’s mother, Jane, was an American who never learned Hebrew well, so she and my parents knew each other,” Clawson said from his Amherst office.

He saw Marat in the mid-1960s when the latter stopped in Washington on the way to Argentina, where his father, an Israel Defense Forces colonel, was posted. Clawson hadn’t spoken with any other first-grade classmate since traveling to Israel during a summer 1963 high school vacation. He visited Kosloff in Haifa and went with Bar-Yosef to visit the latter’s brother on a Negev kibbutz.

“My mother had me tutored in Hebrew when I got back” to America, he said. “I spent the summer [of 1963] in Israel precisely so my Hebrew would get better.”

During their 1953-55 stay, Mary Clawson corresponded at length with her U.S. friends and relatives and later published a book, “Letters from Jerusalem.” It offers insights into Israel’s early days by a woman who cherished the experiences and people she encountered beginning with the family’s arrival on June 18, 1953. In the preface, former first lady Eleanor Roosevelt wrote that the book “has captured in a most remarkable way” the country’s spirit.

Living in a fourth-floor walk-up apartment, the Clawsons — Dan, his parents, brother Patrick and maternal grandmother — were one of 16 families in a two-building complex that neighbors dubbed Shikun (Quarter) Ha’Anglo-Saxon for its English-speaking residents.

The book describes plentiful trips around the city and country, along with Mary’s insights into both Judaism and Israeli society. When Dan turned 5, the Clawsons hosted a birthday party in their garden, with each child planting a carob tree – “the first to be planted in our shikun,” she wrote. Mary also wrote movingly about Dan’s being the only non-Jew in his class.

“[He] has never in any way been made to feel unwelcome, unwanted or in the slightest way different,” she wrote. “Children reflect accurately what they hear at home, so we are reinforced in our first impression that of all peoples on earth, Jews are among the most tolerant and hospitable. I would say they are also among the most honest.”

Alas, the book concludes with Year 1. Mary had just registered Dan in the elementary school, and he met the principal, David Benvenisti. Her son, Mary wrote, “was pleased, as the principal told him they would be friends – all this in Hebrew, of course. Just before he went to sleep, Danny whispered to me, ‘The boss of the whole school told me he would be friends with me!’ ”

When Geva learned this week about Mary Clawson’s book, he looked forward to gleaning information about their elementary school. Told that it ended with Dan’s kindergarten graduation, Geva expressed disappointment. He was happy, however, to receive rare color photographs of those years that Clawson had just e-mailed. Geva said a picture of Clawson alone with the first-grade teacher, Malka Shimoni, stands out because no other classmate was photographed with her.

“I’m very happy we found Dan, despite his being with us just the one year,” Geva said. “This helps us conclude the project.”

Not quite. Two students remain at large: Aliza Lefkowitz Ben-Nun, who also went by Elisheva and Elizabeth; and a boy named Nachum, who was in the class just two years.