Head in the clouds and feet in the desert, Yosef Abramowitz dreams of Israeli solar power 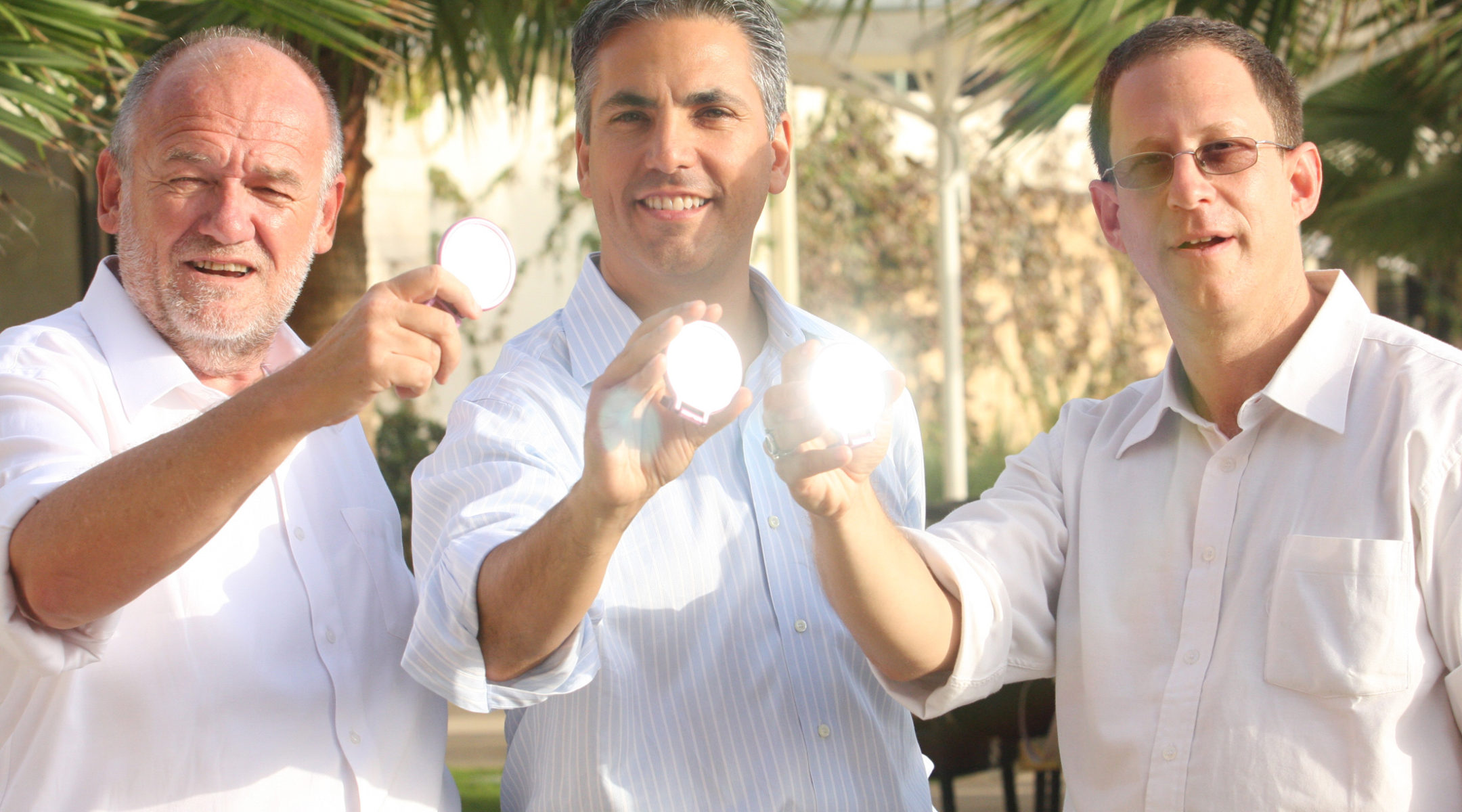 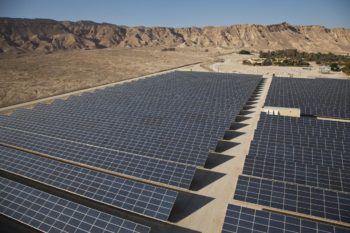 TEL AVIV (JTA) — Yosef Abramowitz is running out of time.

With only minutes to go until he has to speak to a group of investors at the Jewish National Fund, Abramowitz looks like he just finished a workout. He’s wearing sneakers, shorts and a white T-shirt featuring an outline of David Ben-Gurion’s head superimposed on the picture of a sun.

He excuses himself from the table at a Tel Aviv cafe and jogs to the bathroom to change into his “costume,” which includes slacks and a clean, ironed shirt. Immediately after the meeting, he flies to the United States for a few weeks to court more investors.

Abramowitz, 48, is fundraising for the Arava Power Company, which aims ultimately to provide 10 percent of Israel’s energy needs through solar power. The company now has a 4.9-megawatt field up and running in the Negev Desert, and is building a 40-megawatt field nearby.

It’s an unlikely mission for the Boston-raised Abramowitz: His background is in human rights activism and journalism, not science and technology.

But as he tells it, that’s more or less what happened.

After success as a college student in the 1980s fighting for imprisoned Soviet Jewry activists in Russia and against apartheid in South Africa, Abramowitz served in the Israeli Defense Forces and earned a graduate degree from the Columbia University Journalism School. Abramowitz, whose activism has rankled the organized Jewish world for years, then spent the 1990s and early 2000s writing for a handful of Jewish publications. His journalism career included writing a 1996 series of articles that called into question JNF’s finances.

In 2006, looking for a quiet lifestyle, he and his wife moved with their children – they have five, including two adopted from Ethiopia — to Kibbutz Ketura, near Israel’s southern tip, where Abramowitz had volunteered following high school. The plan was to spend the year writing, but Abramowitz scrapped that almost immediately upon arriving at the kibbutz.

It didn’t because no commercial solar power existed in Israel. Hoping to change that, Abramowitz partnered with businessmen Ed Hofland, who lived on the kibbutz, and David Rosenblatt, based in New Jersey, to found the Arava company.

Since then, Abramowitz laments the “100 regulatory battles” he says he’s had to fight against the Israeli government to build the 4.9-megawatt field, which began running last year, and to launch several other solar energy projects.

Officials from the Public Utilities Authority, which administers Israel’s energy infrastructure, did not respond to several calls for comment.

For Abramowitz, the process is grating. While he has launched ventures and organized campaigns before, and while he understands budgets and bills, he speaks the language of a social justice organizer, not a businessman. He calls his work “Zionist activism” and likens himself to Don Quixote “slaying dragons and tilting at windmills.”

Abramowitz’s analogy for APC’s success is the story of the Soviet Jewry movement, not the achievements of other solar companies.

“My point of view was, I can get a Prisoner of Zion out of solitary in the gulag and we can’t change the laws in our own country?” he said. “It was just clear as day that it was doable.”

To APC’s employees, Abramowitz’s idealistic attitude is both an inspiration and, at times, a hindrance. Engineer Ram Duani calls Abramowitz the dream “of every engineer: He has the vision, he has the money and he wants to invest in something new.”

“There are two opposite ends of the spectrum,” she said. “Yosef is the dreamer. Yosef likes to run off, and sometimes you have to pull him back in on a leash.”

Despite decades in the Jewish community’s public eye, and as much as he sees himself as a visionary, Abramowitz projects himself as a colorful character as well as an entrepreneur. After he left the Tel Aviv cafe to address the JNF activists, his publicist sent out two links at his request: One was to an article about Abramowitz’s near obsession with Madonna — he has traveled across continents to watch her perform.

The other was to “Scissor Sheldon,” a video that urges billionaire Sheldon Adelson to donate his money to President Obama in exchange for a sexual favor from comedian Sarah Silverman — whose sister, Susan, is Abramowitz’s wife.

While his daring personality has pushed him to dream beyond the company’s limits, it also has given him the confidence to start a solar company with no experience in the field. Schafer said that when launching APC, Abramowitz and his partners realized that all they needed to do was “look like we know what we’re talking about.”

So instead of spending years researching solar power, APC’s founders managed to install one solar panel at Ketura, which they would show investors as a model of their larger concept.

If he is a dreamer, Abramowitz is relentlessly focused on one dream. APC’s official goal is to provide a tenth of Israel’s power; Abramowitz dreams of a country run entirely on solar energy. He sees APC as one part social action, one part Zionism, one part Jewish values and one part business.

Abramowitz, for example, decided that APC would donate the profits from the solar field’s corner panels to four nonprofits, in accordance with the Jewish commandment of pe’ah, which mandates that farmers leave the corners of their fields for the poor.

He has a grandiose vision for the small company — one that is less about revenues and expenses than about values and ideals. Abramowitz sees solar energy as the key to lowering Israel’s high energy costs, cutting pollution and fulfilling David Ben-Gurion’s vision of making Israel’s desert bloom.