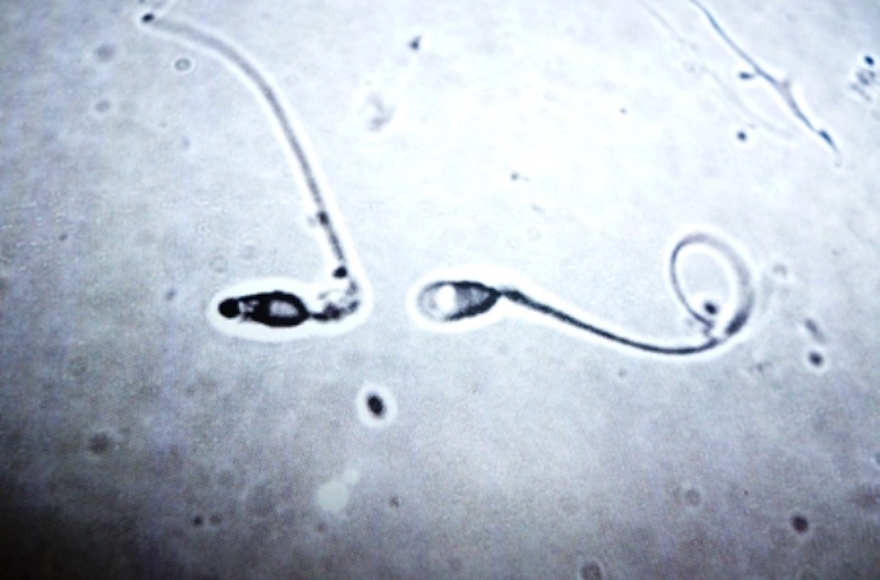 (JTA) — The wife of a Palestinian prisoner reportedly conceived a son with her husband’s sperm that allegedly was smuggled out of an Israeli prison.

Dallal Ziben, a mother of two from the West Bank village of Meithalun, gave birth via Caesarian section on Monday, according to the French news agency AFP.

Her husband, Ammar el-Zibben, is serving 32 life sentences in an Israeli prison for aiding Hamas in perpetrating two deadly suicide bombings in Jerusalem’s Mahane Yehuda market in 1997. Ammar was convicted by an Israeli military court in 1999.

Details of the artificial insemination in Nablus were deliberately withheld by the woman and the physician who helped her deliver the child, who was named Muhannad.

“We received a sample of sperm from the husband in a reliable and clinically secure way,” Dr. Saalem Abu al-Kheizaran told AFP.

“The couple wanted a baby boy, so we carried out a gender separation procedure. We tried the insemination process three times from the same sample, but the first two attempts failed,” the head of the Nablus-based Razan fertility clinic said regarding the procedure.

In 2006, Yitzhak Rabin’s murderer, Yigal Amir, was permitted to use artificial insemination to impregnate his wife after petitioning Israel’s Supreme Court.