Looking for a Jewish education? There’s an app for that 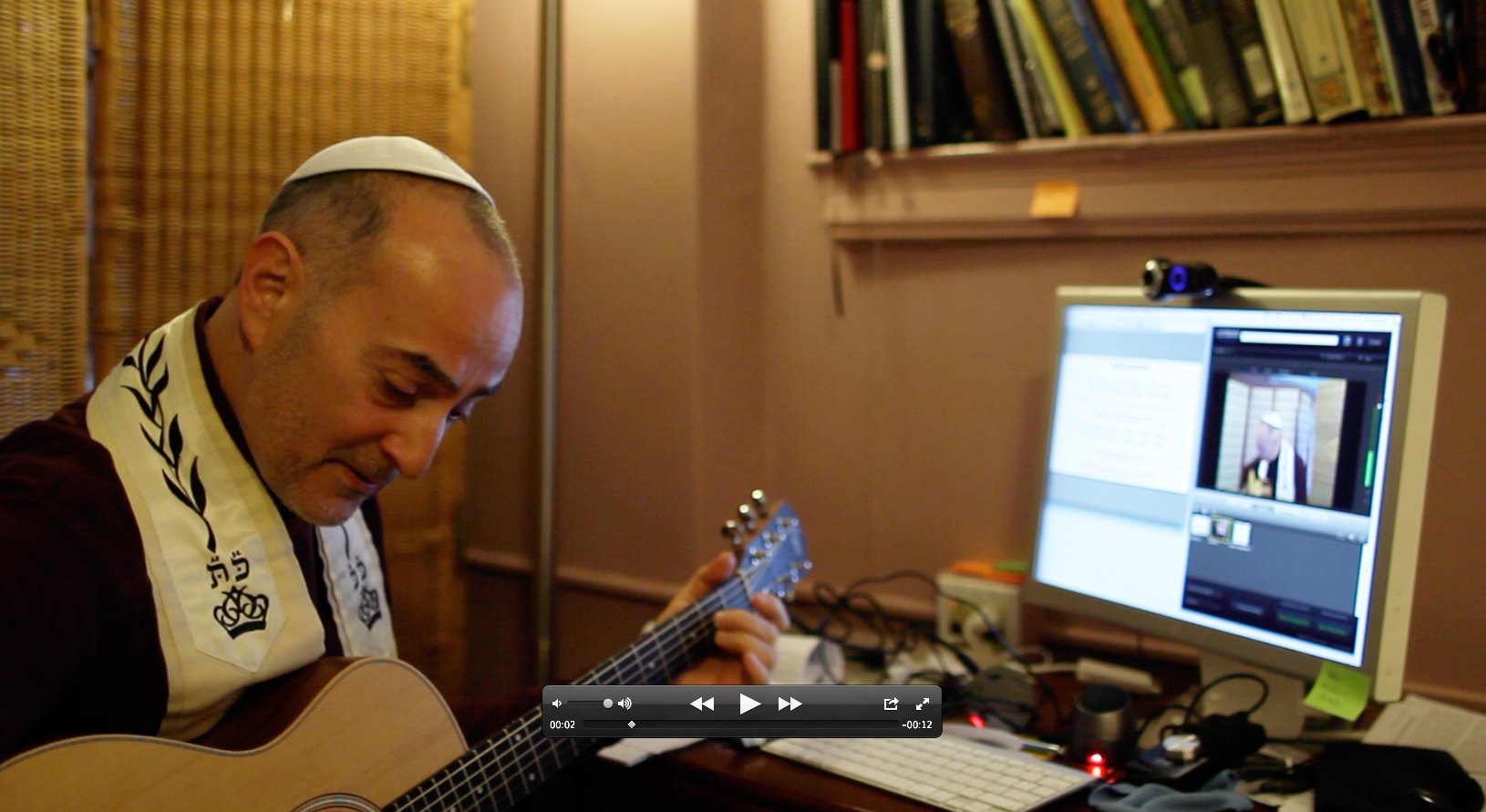 TEANECK, N.J. (JTA) — The man sitting on the commuter train focusing intently on his iPhone might be playing Angry Birds. Or he might be studying Talmud, Skyping with a chevruta partner in Israel or even teaching Hebrew school.

“Mobile technologies could help people practice Judaism,” said Barry Schwartz, CEO of Rusty Brick, a West Nyack, N.Y.-based software company that has created more than 30 Jewish mobile apps. “It is the future. Wherever you go — the airport, shul -people are looking stuff up and praying.”

Mobile technologies are augmenting traditional learning and how people fill their free time, said Rabbi Jack Kalla of Aish HaTorah, which has long been at the forefront of digital Jewish outreach with videos, podcasts and an extensive website. Later this summer, the Orthodox organization will roll out its first mobile app, which will reproduce content from Aish’s website for mobile devices.

Jewish organizations across the spectrum are taking advantage of developing mobile and digital technologies to reach new people across multiple platforms. And all seem to agree: Get on board or get left behind.

“It’s not going to be the new model; it is the new model,” said Rabbi Simcha Backman, director of Chabad’s Askmoses.com. “This is the new way and we should embrace it. Forward-thinking organizations are doing that.”

Created to reach people who don’t have access to rabbis, Askmoses offers live chats with scholars on its website, Backman said. Earlier this year the site began a text-messaging program. Later this summer, AskMoses will unveil its first mobile app, part of a larger strategy to continue reaching people wherever they are, Backman said.

“Social media is literally a whole new world for Jews and Judaism,” he said. “The options are limitless how we can reach out to people.”

RustyBrick is set to release the ArtScroll Schottenstein Talmud this month in an app for the iPhone and iPad that will allow for instant translations, highlighting specific passages and quickly jumping from one section to another. Pricing has not yet been set, but Rabbi Meir Zlotowitz, co-founder of ArtScroll, expects it to be a fraction of the cost of purchasing the entire 73-volume printed set.

“This opens up the whole world of Jewish literature for the past 2,000 years,” Zlotowitz said, putting it “literally at your fingertips.”

While such access may have been available previously in schools, libraries or private collection, the innovation, Schwartz said, is what you can do with the information because of the technology. The information can change based on the user’s location, time of day or preference of Ashkenazi or Sephardi customs, he said.

“Enhancing the text around those criteria is the future of Jewish text learning,” Schwartz said. “When you’re able to actually interact with the words on the page, it’s going to change how people understand what they’re learning.”

Changing the way people learn is just what the Union for Reform Judaism is planning in its congregational Hebrew schools.

In August, URJ will roll out a digital format of its Mitkadem Hebrew school curriculum, which will allow students to communicate virtually with each other and their teachers. Students will work in small groups through each level of the curriculum, focusing on prayers, the meaning behind the prayers and vocabulary while the teachers act as facilitators, testing at each level. This will allow students to work at their own pace in the classroom and work remotely with teachers outside of class, said Michael Goldberg, URJ’s head of books and music.

“They relate to each other online on a regular basis anyway, but there’s something powerful about meeting virtually and in person,” he said.

In one pilot program, a student who plans to travel to Scotland next year with his parents will use Mitkadem to keep up with his Judaic studies back home. Students, Goldberg said, have reacted positively to the classroom innovations, and URJ eventually hopes to expand the program to every aspect of Jewish education.

Some catch-up might be necessary for educators, however. Teachers are the “digital immigrants” in the classroom, while students are the natives, said Wendy Light, director of integrated education in the United Synagogue of Conservative Judaism’s education department. A little more than a year ago, with grants from the Partnership for Effective Learning and Innovative Education, the Conservative movement began a handful of pilot programs to train its educators in Web 2.0 technologies and how to incorporate them in the classroom. The training incorporates a number of free technologies, such as Googledocs, Skype and Moodle.

“It’s going to replace the old paradigms in schools that are savvy enough to grab on and adapt the new technology,” Light said. “For some schools it will never catch on.”

“Synagogue communities are evolving in so many ways and undoubtedly education will continue to evolve with it,” he said. “There’s a place for online learning, but the experience of being physically together and having those personal connections one to one is very important.”

For Rabbi Steve Blane, the Internet is the future of Jewish interaction and education. He is the founder and dean of the New York City-based Jewish Spiritual Leaders Institute, a completely online, independent rabbinical school in its second year that has students from around the world meeting in online chats and webinars. Each week, Blane will connect with his students over the Internet and teach traditional davening and praying, and then act as a moderator for discussions among the students.

“Students are required to lead their own sessions. This is not a teacher giving lectures,” he said. “JSLI is based on the idea that students have acquired wisdom. This nurtures everyone. They get credit for their past experience.”

JSLI ordained its first class of nine rabbis last August, including students in Florida, Seattle and Israel. When students gathered together for the ordination weekend, it was the first time many of them had met face to face.

Blane also is the spiritual leader of Sim Shalom, an online synagogue that broadcasts weekly services to congregants who log on from around the world.

“As the technology gets more and more sophisticated, more and more doors open,” he said. “I had a gentleman who wanted to say Kaddish stuck in traffic.”

The advances allow Blane, who worked for years as a cantor in the Conservative movement, to reach Jews from all backgrounds. While he does not see the new paradigm completely displacing traditional venues, he does predict some attrition.

“It’s almost as if the structures we’ve created will supplement the Internet rather than the other way around,” he said. “Communities will live and breathe around the Internet and come together less frequently.”

With technology advancing at a rapid pace, just what Jewish education will look like in 20 years, or even in five years, is unclear, but the Jewish world appears ready for the challenge.

“All of these things are enabling us to realize our tradition and Judaism in ways that were simply unimaginable a few years ago,” said Backman of Askmoses. “I don’t know where it’s going, [but] it’s going to be phenomenal and in a positive way.”