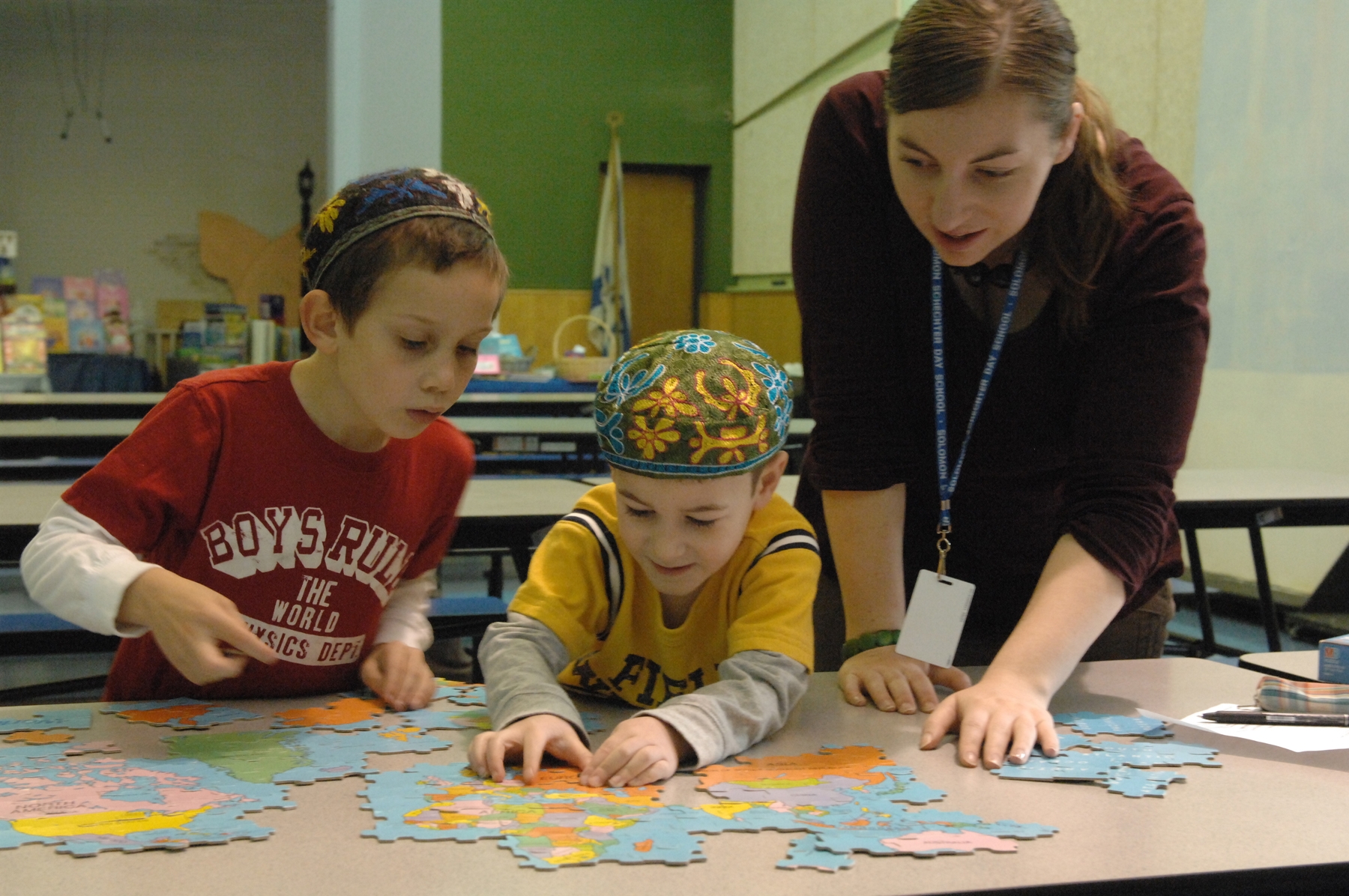 It’s a major reason her daughter no longer attends a Jewish day school and is now at a public school.

“You have to say what you have, what you don’t have, if you have extra income,” said Talmoud, of Silver Spring, Md. “What business is it of theirs what kind of car I drive?”

Yet she and other parents say they understand that Jewish day schools, with tuitions that often rival those of some colleges, need as much information as possible to determine whether a family is entitled to financial assistance or, as day schools typically call it, “scholarship aid.”

Their struggles come as the number of Jewish children attending day schools has been steadily increasing.

A 2008-09 study by Marvin Schick and the Avi Chai Foundation found that more than 228,000 children, including preschoolers, are attending day schools and yeshivas — an increase of 11 percent from just five years earlier and nearly 25 percent from the previous decade.

But due to the costs, an unknown number of families don’t even bother with the day school option. For those who do, applying for financial help can be a daunting process of gathering information, filling out forms and attending meetings.

An 11-page financial request application from the Ramaz School in New York demonstrates just how invasive the process can be.

The school’s tuition, depending on the grade, ranges from $25,575 to $34,500. In addition to details on parents’ income, business concerns and bank accounts, the form asks the costs of summer camp and family trips in the past year, the previous year and plans for the upcoming year. There are lines for purchases made in excess of $10,000 and whether the family rents or leases a car – including the make, model, year and monthly expenses for the vehicle.

The application seeks not only how much the family has in bank and investment accounts, but how many dollars have been deposited into retirement and 529 plans for the previous and current years, the monthly rent or mortgage, and whether the family held or is planning a wedding or bar/bat mitzvah celebration – including the costs of the simchas.

As with many day schools, Ramaz strives to keep the information private. The school sends the form to a third-party, in this case FACTS, a tuition management company with a website that says its services are used by 5,500 schools a year.

“We run an objective formula across the board among all the applicants,” said Dan Curran, a FACTS team leader.

Kenneth Rochlin, Ramaz’s director of institutional advancement, says the approach “is not to embarrass anyone.” He adds that “There is no lay involvement” and teachers don’t know which students receive financial aid.

FACTS uses a formula that relates a family’s finances to Bureau of Labor Statistics information and other factors before recommending how much of a scholarship should be given. The company takes into consideration caps placed on such expenses as housing.

“We put a cap on those expenses so that we’re not rewarding an ostentatious lifestyle,” Curran said.

The caps vary among communities, with schools given the option in the FACTS formula to adjust them. For example, Curran says, a school in New York would allow a much higher housing expense than a school in the Midwest.

Some schools, however, keep the entire decision-making process internal.

The Hebrew Academy of Cleveland, where tuition ranges from $8,000 to $11,000 annually, has a six- to eight-member tuition lay committee. It requires W-2s and 1090s, and looks at income and family size. Those unhappy with the committee’s decision may request to meet with one or two members.

“There’s a human being behind those numbers,” said Rabbi Eli Dessler, the school’s financial director, who notes the numbers are sometimes deceiving due to extenuating circumstances.

The policy, he says, “is never to turn anyone away for lack of finances.” But he also says that parents must be willing to make adjustments.

“If someone puts $8,000 in IRA but says they only have $1,000 or $2,000 for tuition, that is something the committee will question,” Dessler said. “Our school is committed to provide an affordable day school education, but the school doesn’t have to fund your retirement.”

What parents tend to forget, says Arnold Zar-Kessler, the head of school at the Solomon Schechter Day School of Greater Boston, is that the financial aid process is the same at non-Jewish private schools.

“We provide outstanding education and have to figure out how to pay for it,” Zar-Kessler said. “Tuition does not cover our costs.”

Likewise, Jewish schools have the additional burden of providing both a strong secular and Jewish education, he says, and “We need highly specialized educators.”

His school has come up with the iCap tuition program for families with incomes less than $400,000 and assets below $350,000. It caps total tuition at 15 percent of the family’s adjusted gross income, regardless of the number of the family’s children in the school.

Families also have the option of going through the traditional application process.

Yeshiva University, for example, recently ran an advertising campaign designed to show how it strives to be affordable to families at various income levels.

Unlike most colleges YU, where 79 percent of students receive institutional assistance, looks not only at how many children a family has in college but also how many are attending Jewish day schools.

“We do understand that 90-plus percent of our families do have younger children in day school,” said Robert Friedman, the university’s director of student finance. “They have been paying private school tuition hand over fist for years.”

In Los Angeles, nearly every student at the non-denominational American Jewish University receives some kind of merit- or need-based assistance. The school also takes into account extenuating circumstances and will adjust tuition costs mid-semester if needed, says Zofi Yalovsky, its vice president for finance, administration and technology.

In Boston and elsewhere, a constant dilemma is providing for families truly in need.

“When we launched our iCap program, we said flat out that there are going to be some families that game the system,” said Andria Weil, the president at Solomon Schechter of Greater Boston.

The detailed financial information that schools require helps minimize cheating, but also leads parents to feel a loss of privacy and dignity.

“You feel like everyone is counting your money and counting how you spend it,” said Judith of Bergen County, N.J., who asked that her last name be withheld because of a confidentiality agreement with her children’s school.

She worries that when it comes time for her children’s b’nai mitzvah celebrations, “If I have more than a tiny, tiny kiddush, people will say why can’t you pay your yeshiva bill?”

Andy Muchin of Oakland, Calif., has been on both sides of the table — as a member of the day school board and as a parent receiving assistance. He sent four children to day school in Milwaukee.

“It’s a little bit demeaning to ask for aid,” he said. “I felt like I was in a different socioeconomic class. I always felt like the one guy there who wasn’t wealthy.”

Muchin finally “grew up and realized that I depended on the generosity of these people.” He adds that when he was on the board, “I realized, too, that you want people to pay their fair share.”