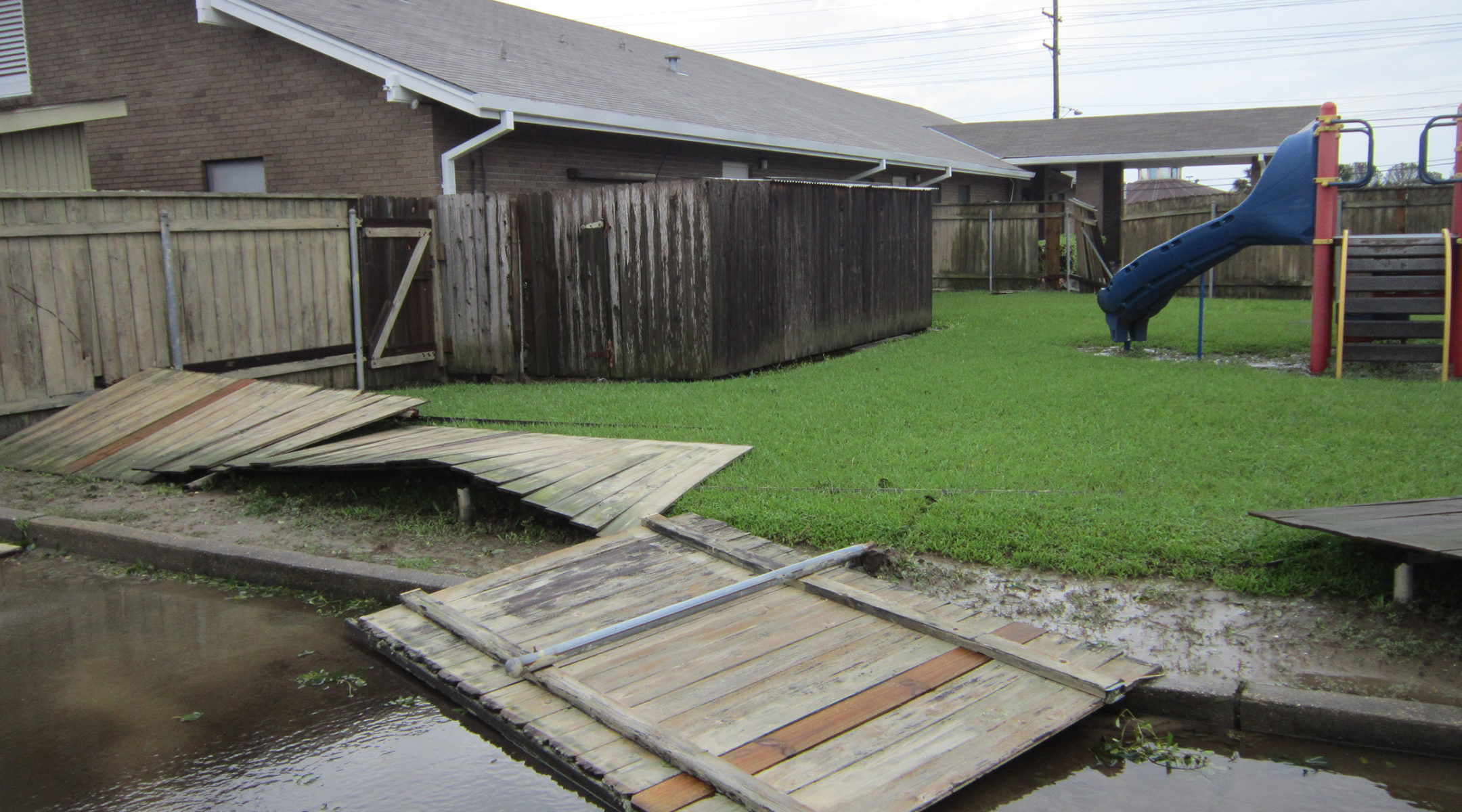 (JTA) – Of all the unknowns being discussed as Hurricane Isaac approached New Orleans, members of Congregation Shir Chadash knew one thing for certain.

“Nobody wanted to be the person that said, ‘Oh let’s not move the Torahs this time,’” said Rabbi Ethan Linden. “We sort of went into our hurricane action mode and did the best we could.”

One of the iconic photographs of Hurricane Katrina, which struck the region exactly seven years ago, was of men waist deep in flood waters carrying Torahs from Congregation Beth Israel.

So prior to what became a Category 1 hurricane and has since been downgraded to Tropical Storm Isaac, members of Shir Chadash moved the scrolls to a higher location in the building. Fortunately, as waves of rain lashed the area this week, the synagogue sustained no damage other than one leaky door in the chapel and a knocked-down playground fence, according to Shir Chadash executive director Sandy Lassen.

And unlike tens of thousands of other structures in the region, the building still had electrical power. In fact, it was hosting in its freezers the food of the New Orleans Jewish Day School — all while preparing for a bar mitzvah this Shabbat. For its part, the caterer for the event, Kosher Cajun New York Deli, lost power and closed down.

“We have enough food here that I’ll cover with lox and bagels,” Lassen told JTA.