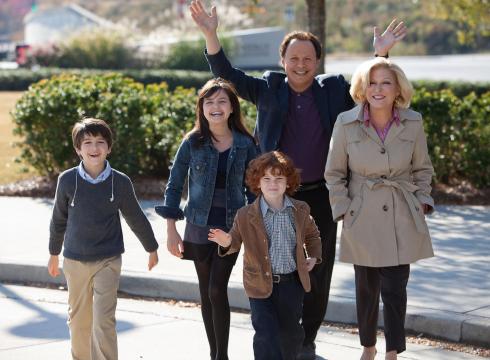 A few years ago Billy Crystal and his wife, Janice, were in charge of their three grandchildren for five days. Apparently it provided enough material to create an entire movie — hence “Parental Guidance.”

Due out on Christmas Day, the film features Crystal and movie wife Bette Midler forced to help their daughter (Marisa Tomei) with their grandchildren for a few days, only to find serious clashes between old and new ways of parenting.

It’s the first major appearance for Crystal and Midler in a feature film since 2010.

This is the first major appearance of both Crystal and Midler in a feature film since 2010.