Women of the Wall leader arrested for singing at Western Wall, group says

Israeli police arresting Anat Hoffman after she said the Shema Israel prayer at the Western Wall in Jerusalem, Oct. 16, 2012. (Women of the Wall)
Advertisement

JERUSALEM (JTA) — Anat Hoffman, the leader of the group Women of the Wall, was arrested after leading a prayer service at the Western Wall, according to the organization.

The arrest by Jerusalem police for “disturbing public order” came after Hoffman had begun leading about 250 women in singing the Shema prayer, according to the group. On Wednesday morning, two other members of the group, director Lesley Sachs and board member Rachel Cohen Yeshurun, were detained by police for the same offense. According to the organization, the women admitted to wearing a prayer shawl at the Western Wall but denied that they disturbed public order.

In 2003, Israel’s Supreme Court upheld a government ban on women wearing tefillin or tallit prayer shawls, or reading from a Torah scroll at the Western Wall. Women of the Wall has held a special prayer service at the holy site almost each month for the last 20 years on Rosh Chodesh, or the beginning of new Hebrew month, at the back of the women’s section. Tuesday night and Wednesday morning’s prayer services for the month of Cheshvan were scheduled to be held together with delegates to a conference marking Hadassah’s centennial.

Following a court appearance early Wednesday afternoon, Hoffman was released from custody and issued a restraining order from going to the Western Wall for 30 days. The statement said that Hoffman was held for more than 12 hours, “much of the time in handcuffs, and has sustained bruises from violent and aggressive treatment while detained.” Jerusalem police did not comment on the arrest in Israeli media reports.

In August, Jerusalem police arrested four women for “behavior that endangers the public peace” and wearing prayer shawls. They were forbidden to enter the Western Wall Plaza for the next 50 days, according to the organization. In June, Israeli police detained a woman wearing a tallit at the Western Wall and later questioned her for four hours after asking her to wear her prayer shawl as a scarf. 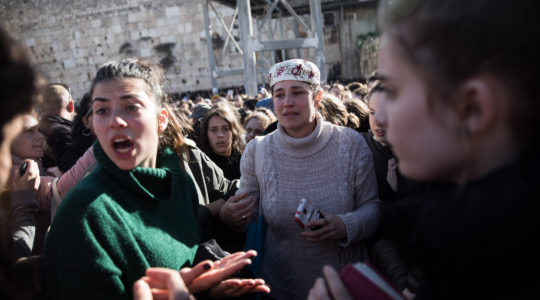 Women of the Wall activists shoved, spat on at 30th anniversary event 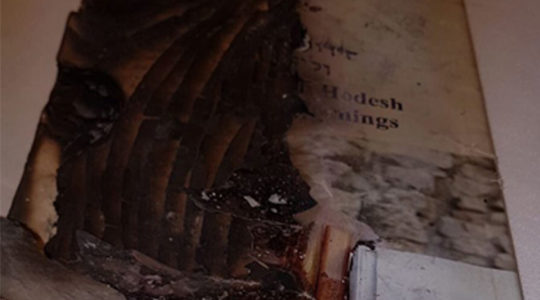