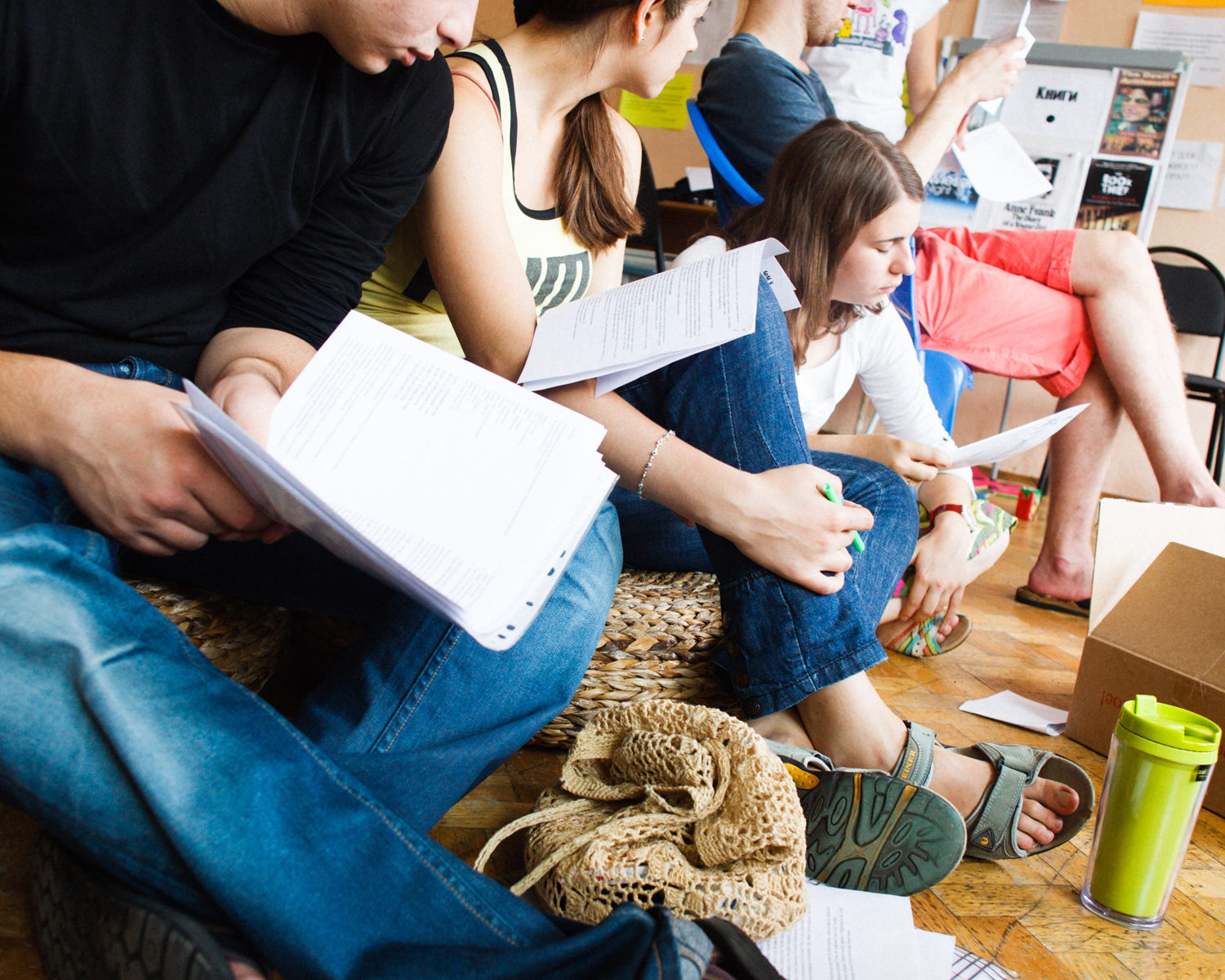 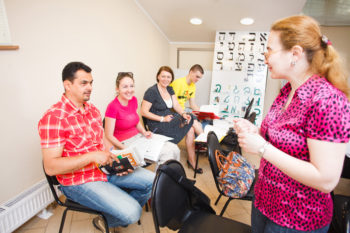 More than 25,000 Jews in the former Soviet Union are participating in aliyah preparation each year with The Jewish Agency, including career guidance and immersive Hebrew instruction. (Courtesy The Jewish Agency)

WASHINGTON (JTA) – Following the collapse of the Soviet Union, it didn’t take long for international Jewish groups to rush into Russia and begin rebuilding institutions of Jewish life that had been destroyed under generations of communist repression.

In the two decades since, Russian Jewry has undergone a remarkable revival, and Diaspora Jewish institutions from the American Jewish Joint Distribution Committee to the Jewish Agency for Israel to the Chabad-Lubavitch movement have been there every step of the way.

But with the environment in President Vladimir Putin’s Russia growing increasingly hostile toward foreign nongovernmental organizations, could the operations of international Jewish groups be in jeopardy?

“We’re in a very reactionary phase,” said James Brooke, the Moscow correspondent for the Voice of America. “The current leadership doesn’t favor civil society and prefers vertical power, which is an authoritarian, dictatorial concept from the top of salute and shut up.”

On Oct. 1, in a sign of rising tensions between Washington and Moscow, Russia announced that it was ending all U.S. Agency for International Development operations in the country, ending a program that has invested more than $2.7 billion in Russia since 1991 to promote “a more open and innovative society and a strengthened partnership between Russia and the United States.”

Then there’s the crackdown on dissent that has seen everything from the jailing of opposition leaders to the prison terms handed down to three women from the punk band Pussy Riot for their “blasphemous” performance in a church. The rockers, one of whom has been released from prison, were convicted of “hooliganism.”

Finally, a new law requires groups that acquire funds from overseas to declare themselves “foreign agents” — a category that on its face would seem to include international Jewish aid groups.

Publicly, Jewish organizations say they are not concerned and emphasize that their work  is humanitarian, not political.

“There’s nothing here that Jewish organizations that operate in the former Soviet Union from the United States or Israel that support activities in the FSU have to be concerned about,” said Misha Galperin, president and CEO of Jewish Agency International Development. “We provide assistance for humanitarian, education and community building programs that have nothing at all to do with any political processes and situations in Russia.”

Privately, however, Jewish organizations are toeing very carefully to make sure they do not run afoul of a regime that in recent months has severely restricted the operation of foreign NGOs in Russia.

The key, says Ben Cohen, a former director of European affairs for the Anti-Defamation League, is to steer clear of any criticism of the regime.

“The organized Jewish community has traditionally been very careful not to alienate the Russian government,” he said. “Firstly it would hinder their operations there, and secondly, I think they’re aware that there is a very strong undercurrent of anti-Semitism in Russia and they’re very nervous about provoking that.”

As things stand now, Putin has good ties with the Jewish community. He has developed personal relationships with some Jewish leaders — notably Rabbi Berel Lazar, one of Russia’s two chief rabbis — and Jewish schools, synagogues and community centers have flourished in Russia since Putin came to power in 2000.

“Putin is a despicable man, but he’s very shrewd,” Cohen said. “He understands that getting into a needless confrontation with Jewish organizations isn’t going to serve his interests.”

ORT, the educational agency, cited its close work with the government in running schools and educational programs in Russia. Moscow ORT Technology College, which opened in 1996, has 4,000 students, and the ORT de Gunzburg Jewish School No. 550 in St. Petersburg has received the President’s Prize — Russia’s highest award for innovation and excellence in education.

“We’re in these countries” in the former Soviet Union “because we’ve been invited by the government and the ministries of education, which we partner with,” said Alan Klugman, executive director of ORT America.

Likewise, Jewish groups including the Hebrew Immigrant Aid Society and the JDC told JTA that they have not experienced problems with the government and do not expect U.S.-Russia tensions to affect their operations.

The unspoken tradeoff, Cohen said, is that Jewish organizations cannot criticize the regime for anything. U.S.-Russian tensions will not impact Jewish groups, Cohen said, “unless they challenge the government.”