Jason Segel and Michelle Williams are moving in together 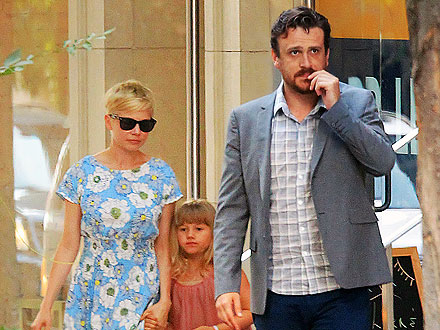 The two 32-year-old actors have been dating since the beginning of the year, and now they decided to move in together to a  Brooklyn loft, together with Williams’ five year old daughter, Matilda, according to the Daily Mail.

This is a big step for Williams, since the Brooklyn brownstone she lived in before, was owned by her and late husband Heath Ledger, who died more than three years ago from overdose and is the father of Matilda.

“How I Met Your Mother” star Segel, however, seems like he is stepping up to take after Williams and Matilda.

“I don’t want to have a girlfriend for the sake of having a girlfriend. I have no desire to pick a random girl,” Segel told Parade in March . “I want the right girl. There are plenty of opportunities, but I would rather have the right one.”