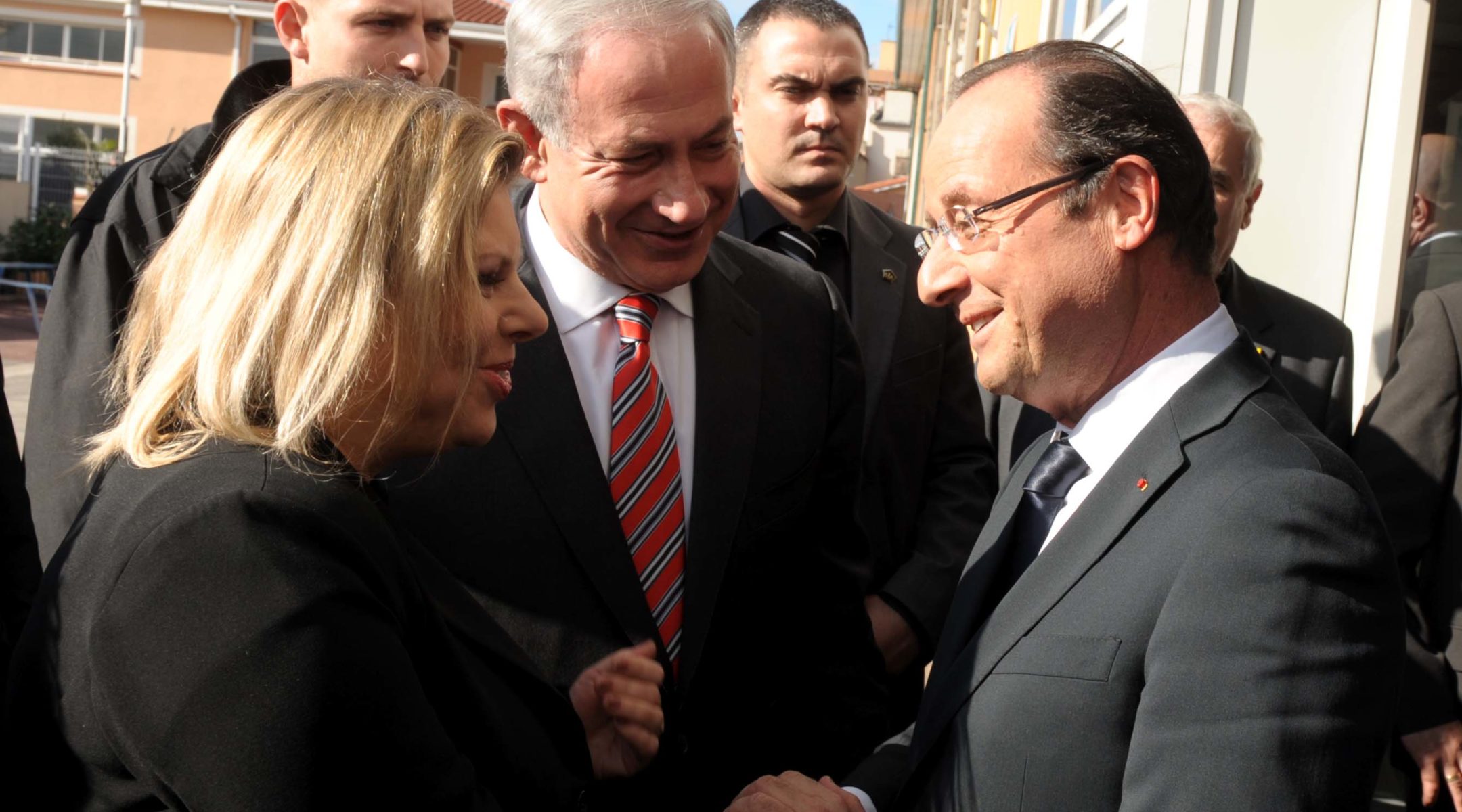 “We will relentlessly combat anti-Semitism, also on social networks where haters may have anonymity,” Hollande said at a press conference that he held on Thursday with Netanyahu at the Jewish school in Toulouse where three children and a rabbi were murdered in March.

In his speech, which followed a commemorative ceremony dedicated to the attack’s victims, Hollande said that he would promote new legislation against hate speech.

“We will tear off all the masks, all the pretexts, to anti-Semitic hate,” Hollande said. Addressing Netanyahu, he added: “I would like to remind you of the determination with which the French Republic has confronted anti-Semitism, not only wth words but with actions.”

The attack on the Jewish school came four days after Merah gunned down two French soldiers in a nearby town and eight days after he killed another French soldier in Toulouse. Merah was later shot and killed by police following a lengty standoff at his apartment.

“Every time a Jew is targeted because he or she is Jewish, it concerns Israel. That is the meaning of your presence here, which I understand,” Hollande told Netanyahu. The Israeli prime minister was making his first visit to France since Hollande was elected president.

Netanyahu said that Hollande’s presence expresses “the spirit of resistance to evil and tyranny.” Netanyahu said that “anybody who doesn’t respect the human rights of Jews will not respect the human rights of other peoples.” He added: “It was not accident that the killer of Toulouse killed not only Jews but also French soldiers, Christian and Muslim alike.”

Netanyahu ended his speech with nine seconds of vigorous singing of “Am Yisrael Chai,” or “the people of Israel live on,” in response to “all of Israel’s haters, be they in France or at the Dolphinarium or Itamar,” the scenes of past attacks by Palestinian terrorists.

The chairman of the Jewish Agency, Natan Sharansky, accompanied Netanyahu to Toulouse. Sharansky announced the establishment of a fund to help upgrade security in Jewish communities. The fund will support infrastructure upgrades and other security measures for communal institutions in small Jewish communities, including schools and synagogues.

Yaacov Monsonego, director of the Otzar Hatorah school and the father of one of the victims, told Hollande that his presence at the school shoulder to shoulder with Israel’s prime minister attested to the French president’s devotion to confronting anti-Semitism.

“I let go of Miriam’s hand, and two minutes later she was executed just because she was Jewish,” Monsonego said, his voice choking with emotion. Merah gunned down his daughter along with two other boys and their father, Rabbi Jonathan Sandler.

“Hatred ruined my life and that of my wife, the tragedy plunged us into darkness. We felt alone,” Monsonego said. The empathy of the French people, Israelis and Jews and non-Jews from all over the word helped the community return to normal, he said, “but the pain continues to dwell in us.”