Born after Rabin’s death, Israeli teens see in assassination the perils of extremism 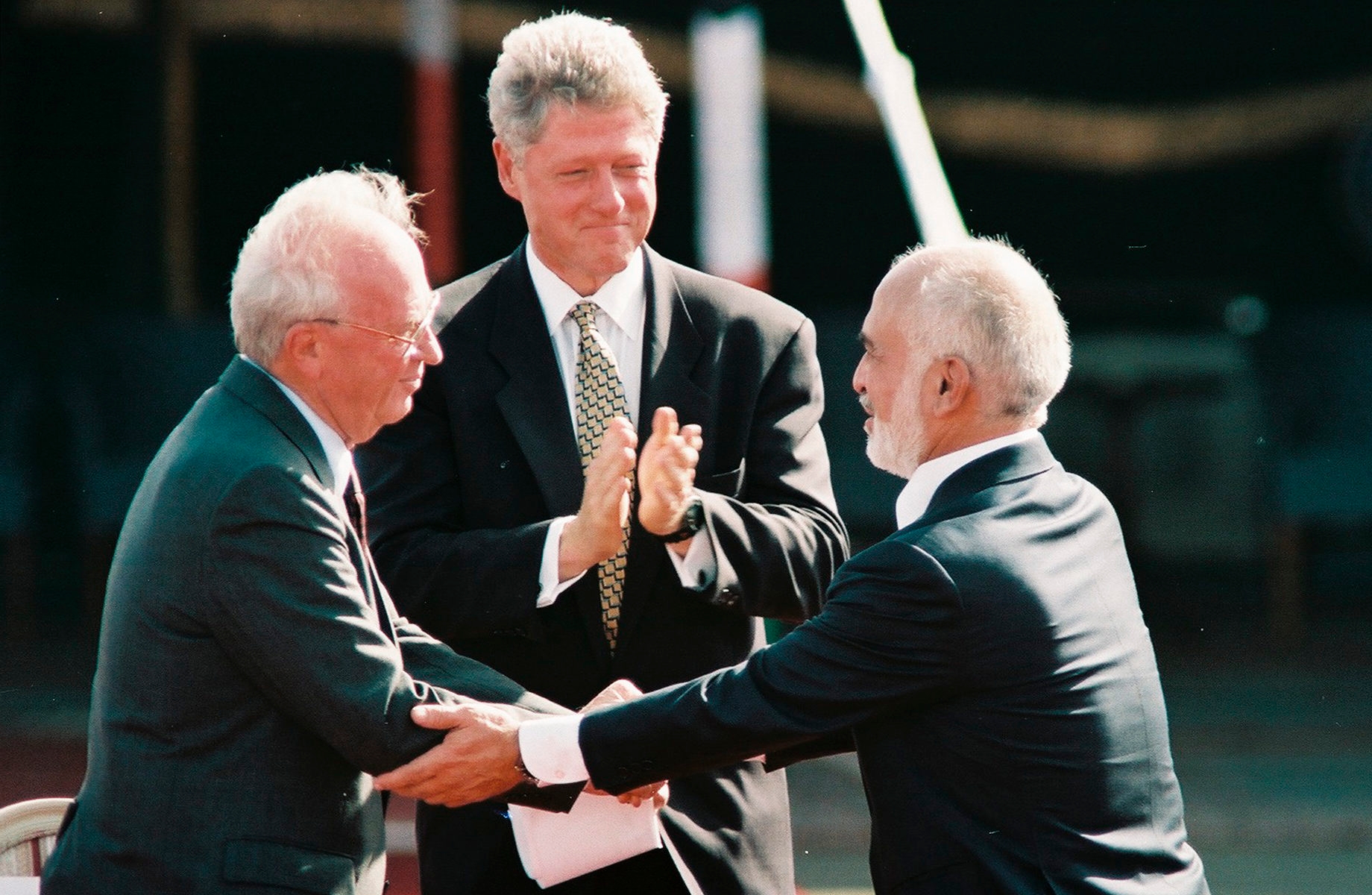 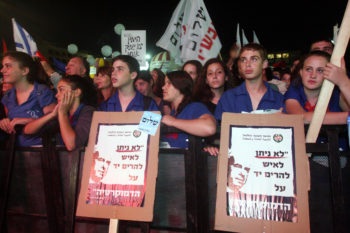 TEL AVIV (JTA) — About a year before Guy Ben-Simon was born, his parents attended the Tel Aviv rally where Yitzhak Rabin was assassinated.

It was a night of shock and sadness, they recalled for him while he was growing up. They had called all of their friends, telling those who had not heard that the prime minister had been killed.

“They cried,” said Guy, 16, repeating his parents’ story. “Everyone cried. It was very hard to unite after that because something bad had happened.”

Guy is now a member of HaNoar Ha’Oved V’HaLomed, a left-wing youth group traditionally tied to Rabin’s Labor Party. He’s also part of a cohort of Israelis born after the Nov. 4, 1995 assassination who have no firsthand memory of Rabin’s killing and are learning about it as part of history.

Seventeen years on, Rabin’s assassination is refracted through the lens of contemporary Israel, taught and remembered in different ways depending on who is doing the teaching. In youth movements and in schools, his killing offers a lesson in the dangers of ideological extremism.

“You don’t really talk about Rabin the person,” said Hadar Pardo, 23, one of Guy’s youth group counselors. “You talk to them about seeing peace and trying to make peace even if it’s not part of your everyday life.”

In a sign of the changed political landscape in Israel, where even the left has shifted away from emphasis on negotiations with the Palestinians, Rabin’s official commemoration this year emphasized not peace but the importance of the democratic process. Some 20,000 people attended the Oct. 27 memorial, which highlighted the dangers of the “price tag” movement — a strategy adopted by a group of extremist Israeli settlers who deface and destroy Arab property and holy sites in retribution for settlement freezes and demolitions, or for Palestinian attacks on Jews.

Pardo, who attended the commemoration at the site where Rabin was killed — now called Rabin Square — said she, too, focuses on democracy rather than peace in discussing the assassination with her students.

“When you don’t believe Arabs are equal to you, that they’re second-class citizens, you can’t have peace,” Pardo told JTA. “You talk to them about the democratic rules of the game. Even if there’s no assassination now, there are a lot of things in society that break the rules of the game.”

Yeshoshua, the principal at Torah U’Melachah High School, also emphasized tolerance and the importance of stable government during the Tel Aviv school’s commemoration of the assassination. Though Rabin’s assassin, Yigal Amir, hailed from Israel’s Orthodox community, Yehoshua said he does not shy away from condemning the religious incitement that led to the murder.

“This is very important — why was there anger?” asked Yehoshua, who declined to give his last name because the Education Ministry had not authorized him to talk to a reporter. “We talked about having conversations about things you don’t accept and how important it is to safeguard the government.”

Yehoshua said that although teachers talked about “the desire for peace,” they did not focus on the peace process.

“We don’t go into politics,” he said. “It’s not just political. It affects every person.”

Some of Yehoshua’s students say they don’t attribute much significance to the assassination.

Guy, who is also a youth group counselor for 11-year-olds and will be drafted into the Israeli army in about two years, said his students were “very interested and very mature” when he discussed the assassination with them.

Pardo said many of her students are deeply affected when they learn about the assassination.

“You understand the difference between good and evil at every age,” she said. “When you talk to kids, even though they weren’t born yet, they feel hurt by it.”