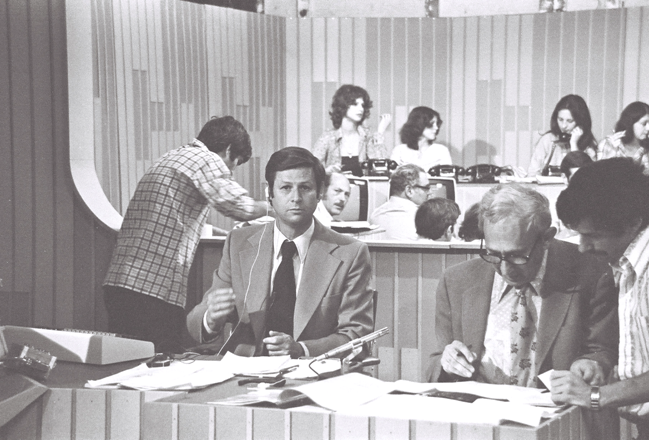 Statistician Nate Silver was a star of Election Night 2012, correctly predicting the preferred candidate of each of the 50 United States of America.

In 1977, one pollster enjoyed similar celebrity status by pioneering election projections in Israel.

Born in 1922, Pittsburgh native and statistician Hanoch Smith moved to Israel in the 1950s. Having correctly projected the outcome of Israeli elections since 1957, Smith approached national media outlet Kol Israel in 1977 and pitched them on the idea of providing election projections immediately after voting booths closed.

Voters emerging from the official polling stations will be asked to repeat their vote, in secret, in the "dummy" booth. The latter will close at 7 p.m. The "dummy" results will be computed by Smith and his aides and adjusted statistically for the percentage of voters who cast their ballots as of 7 p.m. This corresponds to 1 p.m. New York time.

Smith’s Duplicare method worked, a feat that was especially impressive in 1977: After three decades of government rule by the Labor party, this marked the first time that the Likud party, led by Menachem Begin, took control over Israel’s parliamentary democracy.

The word "mahapach" was coined that night, and would be used to describe future elections in which the ruling party was ousted.

Unlike Nate Silver, though, Smith’s follow-up to his first high-profile election season was a bust. During Israel’s 1981 elections, several national news networks, including JTA, tapped into Smith’s prognostication tools in an effort to forecast the results as fast as possible.

Smith’s 1981 Election Night projections were correct in one respect: in the closest elections in Israeli history, the ruling coalition was determined by a single seat in the Knesset. That party, however, was Begin’s Likud. The misread, which Smith blamed on computer programmers, led to Begin and challenger Shimon Peres both claiming victory. While both candidates immediately set out to demonstrate that they could muster enough seats to successfully form a coalition, President Yitzhak Navon — tasked with designating the ruling party — ultimately chose Begin’s Likud.

Despite the inaccurate projection in 1981, Hanoch Smith, who passed away in 2007, continued to enjoy a career as one of Israel’s most renowned statisticians.

“For me it’s a bit of fun to be in the limelight,” Smith remarked after the 1981 elections.