Deterrence is the idea behind Israel’s strikes in Gaza, but how far will conflict with Hamas go? 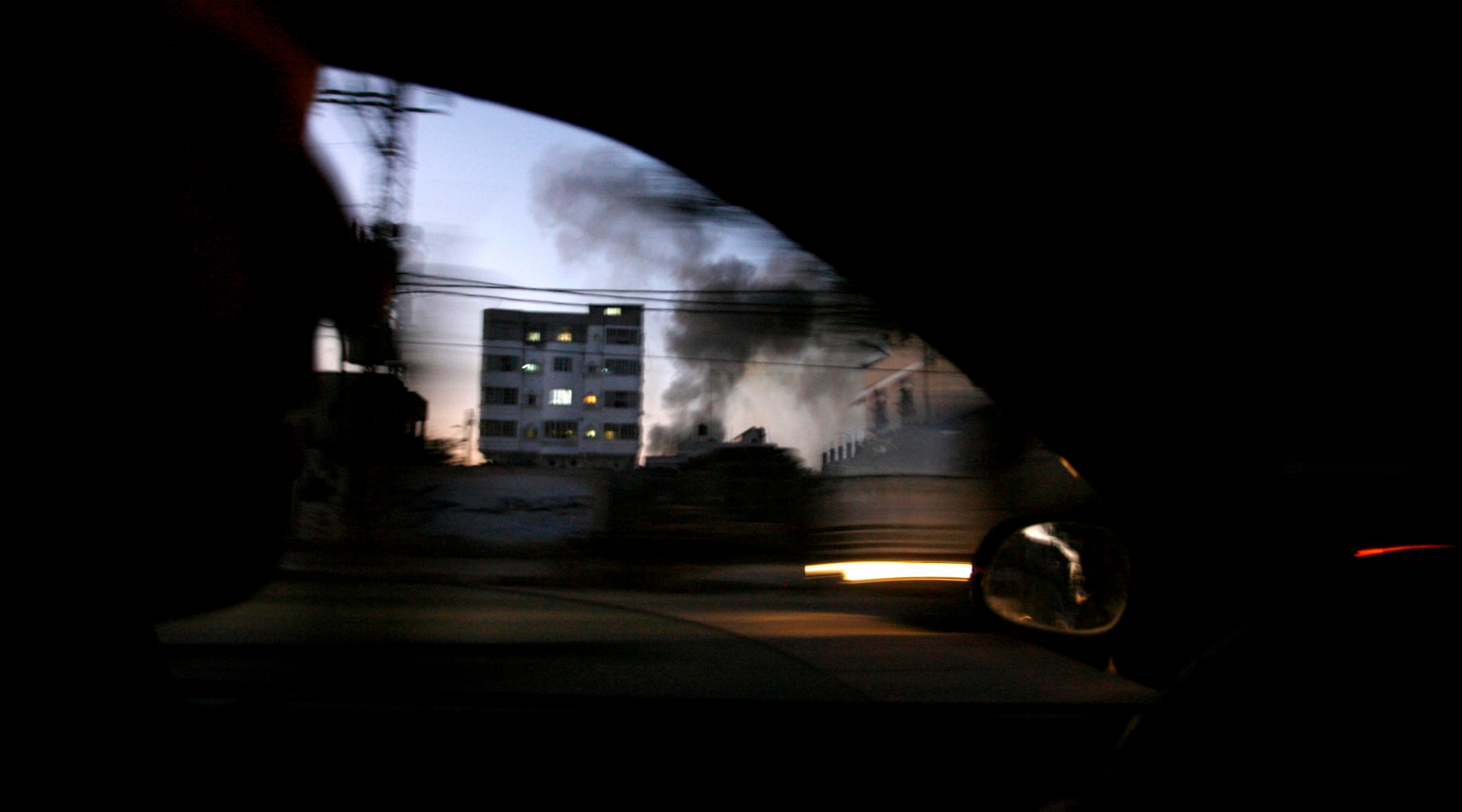 That’s the idea behind Israel’s strikes this week against Hamas targets in Gaza, including Wednesday’s attack that killed Hamas military chief Ahmed Jabari.

What’s not clear is how far Israel’s Operation Pillar of Defense will go, what price Israeli civilians will pay in the conflict, whether it will succeed in its goal of deterring Hamas from future attacks on Israel and what consequences there might be for Jerusalem’s fragile relationship with the Muslim Brotherhood-led government in Egypt.

“Today we sent an unequivocal message to Hamas and the other terror organizations, and if need be the IDF is prepared to expand the operation,” Israeli Prime Minister Benjamin Netanyahu said in a statement Thursday. “We will not accept a situation in which Israeli citizens are threatened by the terror of rockets.”

Approximately 400 rockets and missiles have been fired at Israel since Saturday, when attackers from Gaza fired an anti-tank weapon on an Israeli military vehicle along the border, wounding four soldiers. The Israel Defense Forces said its air assaults Wednesday destroyed many of Hamas’ long-range Fajr missiles in addition to assassinating Jabari. On Thursday evening, a rocket from Gaza reached all the way to Tel Aviv, the first time that city has been struck by rocket fire since the 1991 Gulf War.

The fighting was the heaviest in Gaza since Operation Cast Lead, the last major Israeli ground invasion in Gaza, which lasted three weeks from December 2008 to January 2009. In that round of fighting, 14 Israelis and an estimated 1,400 Palestinians were killed.

“There’s no doubt that Hamas suffered a heavy blow in two ways — the killing of three of its senior commanders and the intensive attack on its arsenal of long-range rockets,” Ephraim Kam, deputy director of Tel Aviv University’s Institute for National Security Studies, told JTA, speaking of the latest Israeli operation. 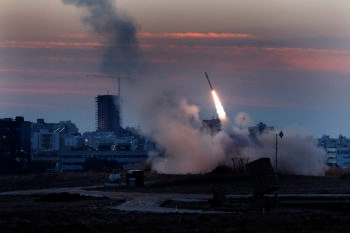 Hamas stepped up its rocket fire on southern Israel following the assassination, launching more than 250 rockets, according to the IDF. On Thursday, three Israeli civilians in the town of Kiryat Malachi were killed when a rocket struck their apartment building. At least a dozen Palestinians have been killed in the fighting this week.

The escalation may have died down even without an Israeli offensive, as the rocket attacks on southern Israel had subsided the day before Israel’s airstrikes. But Pillar of Defense is meant to deter Hamas from launching rockets in the long term, even as it provokes more rocket fire in the short term, said Meir Elran, head of the homeland security program at the Institute for National Security Studies.

“Basically, unfortunately you have to hit hard to make your point,” Elran told JTA. “This is something that is supposed primarily to resume the deterrent effect that has been diminishing” following Cast Lead, which led to a significant decrease in Hamas rocket fire.

Elran said that Israel would be better off avoiding a ground incursion this time, but that two factors could make that inevitable: a Hamas strike on a large city, such as Tel Aviv, or a surge in Israeli casualties.

“Even if you have 99 percent misses, you might have an unfortunate 1 percent that will change the situation,” he said.

Kam said he believes there is “no doubt Hamas will try to fire against Tel Aviv.” On Thursday, three rockets hit Rishon Lezion, 10 miles south of the city.

Hamas may be emboldened by Egypt’s government, which is led by the Muslim Brotherhood, Hamas’ parent organization. Egypt recalled its ambassador from Tel Aviv on Wednesday after Israel launched its strikes in Gaza.

“We were practically assured that Egypt was safe on the sidelines” in previous operations, Elran said. “Nowadays it’s not as clear. We should not be intent on making a major move of ground forces. It might irritate the Egyptians and bring them into something that they and we don’t want.” 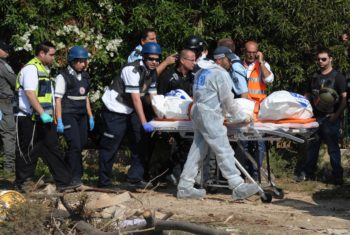 Emergency medical personnel carrying the body bag of one of three Israelis killed in a rocket attack on their apartment building in Kiryat Malachi, Nov. 15, 2012. (Moshe Milner/GPO/Flash90)

Egypt’s need for foreign aid could be a moderating force that keeps it out of the conflict, said Professor Shmuel Sandler of Bar-Ilan University.

Should the Israeli offensive end soon, it could give Netanyahu a short-term boost as Israel heads toward elections in late January — something Elran and Kam cited as contributing factors in Netanyahu’s decision to launch the operation. But Sandler noted that patience with Netanyahu among Israelis could wear thin in the face of rising civilian fatalities, more Hamas rockets and a long ground invasion.

“If it goes too long it will hurt” Netanyahu, Sandler said. “But I think there are too many outside forces pressuring [Israel] to stop the operation.”

For now, the fighting seems to have shifted the public’s attention from socioeconomic issues to security — an area seen as a Netanyahu strength.

Hamas, which governs Gaza, also may want the fighting to end as soon as possible, even though the terrorist organization is committed to destroying Israel. Bar-Ilan Professor Mordechai Kedar noted that the conflict had quieted down on Tuesday, before Israel’s strikes began, and that Saturday’s attack on the Israeli military vehicle was not Hamas’ work.

“Another organization hit the jeep,” he said. “This was the event that started this. They pulled Hamas into the affair because Israel sees Hamas as responsible.”

In any case, Kedar said, the operation is necessary for Israel to safeguard its citizens.

“You need to constantly fight terror,” he said. “We can’t let them have a terror state.”