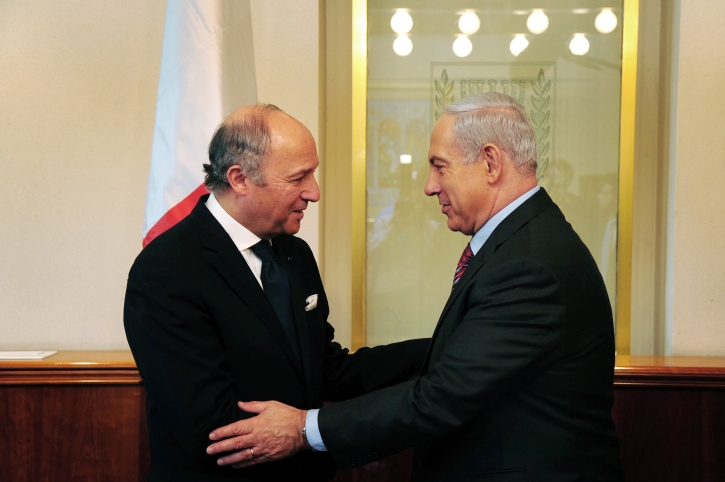 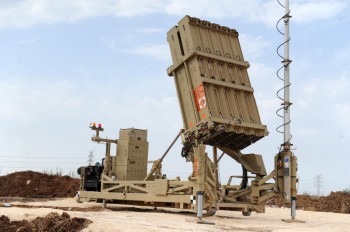 JERUSALEM (JTA) — Prime Minister Benjamin Netanyahu said Israel “is prepared for a significant expansion of its operation” in the Gaza Strip on a day that dozens of rockets from Gaza were fired at Israel — including at least three at Tel Aviv that were intercepted by the Iron Dome missile defense system.

On the fifth day of Pillar of Defense, as Israel has dubbed its operation to halt missile attacks from Gaza, Netanyahu made his remarks Sunday at the regular weekly Cabinet meeting. He said the Israel Defense Forces has attacked more than 1,000 “terrorist targets” in Gaza.

The Israeli military on Sunday afternoon said it struck the Gaza City home of Yihya Abiya, commander of Hamas’ rocket-firing brigades. It was later revealed that the house hit was that of Abiya’s neighbor, killing 12 members of one family.

Netanyahu said he would continue to speak to world leaders and emphasize “the effort Israel is making to avoid hitting civilians, and this at a time when Hamas and the [other] terrorist organizations are making every effort to hit civilian targets in Israel.”

Egypt reportedly is continuing to try to broker a cease-fire between Israel and Hamas and other Gaza terror factions. Netanyahu reportedly has said that he would stop the assault on Gaza if the rocket fire and attacks on soldiers at the border ceases, and would not restart in a matter of weeks.

The missiles intercepted by Iron Dome was one of at least six aimed at a major population center in Israel. At least 100 missiles from Gaza were fired at Israel on Sunday through the early evening.

Shrapnel from the intercepted missile, for which Hamas reportedly took responsibility, set a car on fire in Holon, on the outskirts of southern Tel Aviv. The driver was able to exit the car without injury. Hamas identified the long-range missiles as an M75-type rocket, which it said is manufactured in Gaza. School has not been canceled in the Tel Aviv area but remains closed in the South.

At least three Israelis were injured Sunday morning from rocket shrapnel, and several homes and buildings in southern Israel were hit with either missiles or shrapnel.

On Sunday morning, at least 15 rockets were fired at Ashdod within a five-minute period. Rockets hit homes in Beersheva, Sderot and Ashdod.

Four Israelis were injured Sunday afternoon, two seriously, when a rocket scored a direct hit on a car driving in Ofakim. Three others were injured when the car they were using to take cover from rockets was hit.

The Israeli military reported that it struck dozens of rocket launchers in Gaza overnight Saturday, “causing severe damage to the rocket launching capabilities of Hamas and other terror organizations,” according to the IDF spokesman’s office. The IDF also reported that it targeted two Hamas operational communication sites, saying they were identified by “precise intelligence.” Six journalists were wounded in the strikes, the Palestinian Maan news agency reported.

The IDF warned international journalists and correspondents working in Gaza “to stay clear of Hamas’ bases and facilities, which serve them in their activity against the citizens of Israel.”

Some 64 Palestinians, terrorists and civilians, including several children, have been killed and hundreds injured since Pillar of Defense began, according to Ma’an. Three Israelis were killed last week when a rocket from Gaza struck their apartment building, and dozens have been injured and treated for shock and anxiety.

Meanwhile, the IDF tweeted Sunday that 99 rockets launched from Gaza since the start of the operation have landed in Gaza territory, injuring Gazans.

Israel’s Cabinet on Sunday morning approved an allocation of nearly $2 million to complete the financing of building protected day-care centers in communities within up to nearly five miles of the Gaza Strip.

Meanwhile, four cruise ships carrying 6,000 passengers decided not to disembark in Israel as a result of the warning sirens in Jerusalem over the weekend, reported Doron Sheffer of Israel Radio. A rocket fell Friday evening near a Palestinian village in Gush Etzion, located south of Jerusalem.

Since Pillar of Defense began on Nov. 14, more than 400 rockets fired from Gaza have hit Israeli territory and the Iron Dome missile defense system has intercepted more than 302 rockets, according to the IDF.

President Obama on Sunday reiterated his support for Israel’s right to defend itself.

“There’s no country on earth that would tolerate missiles raining down on its citizens from outside its borders,” Obama said during a news conference in Thailand. “We are fully supportive of Israel’s right to defend itself.”