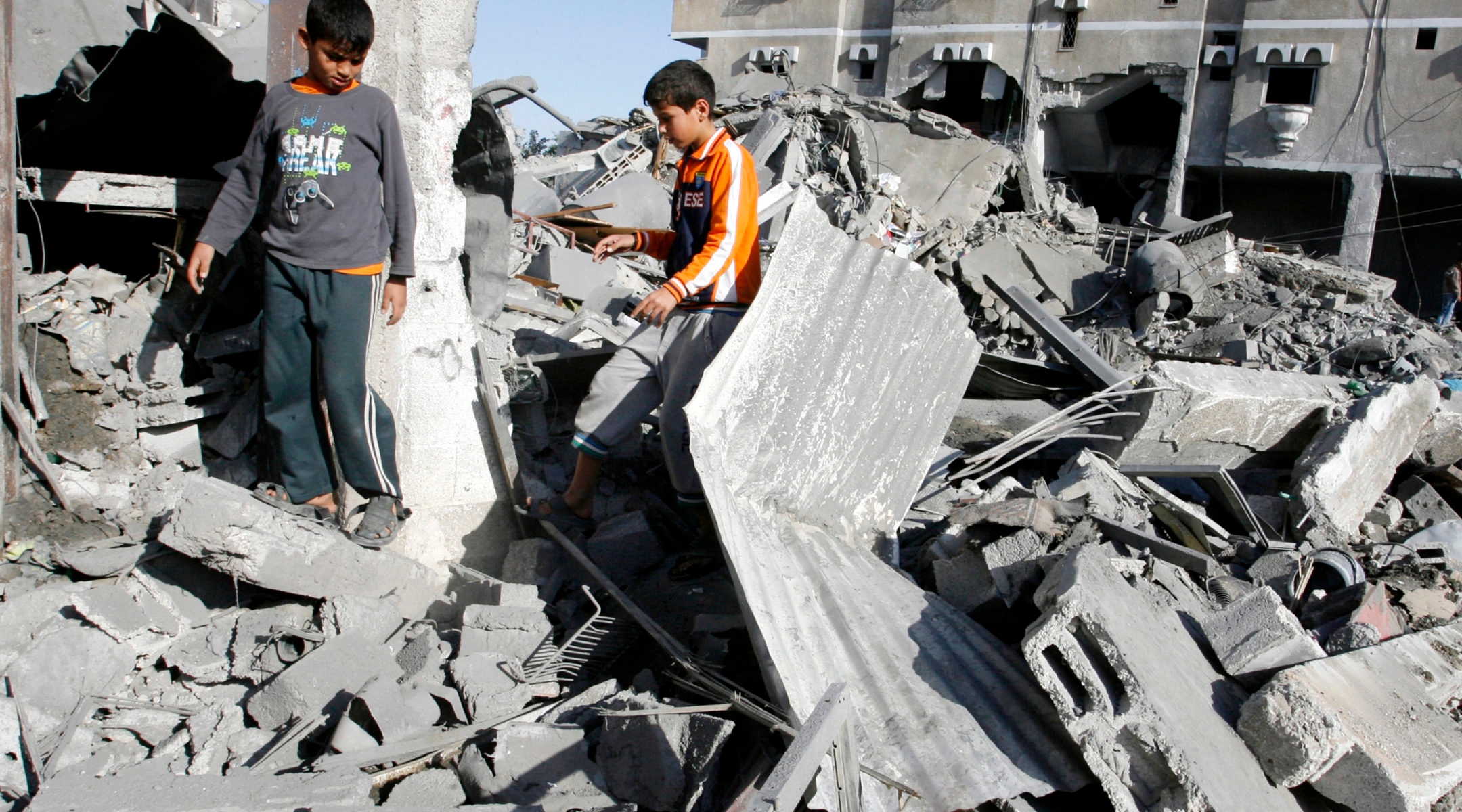 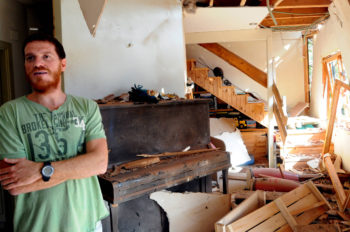 A wrecked house in Timorim, a village in central Israel, after being hit by a rocket fired from Gaza, Nov. 19, 2012. (Yossi Zeliger/Flash90)

JERUSALEM (JTA) — Communities in southern Israel came under a steady barrage of rockets and the Israeli military said it inflicted “severe damage on the rocket launching capabilities of terror organizations” as its Operation Pillar of Defense neared the end of its first week.

At least 70 rockets were fired from Gaza toward southern Israel on Monday through the early evening. A woman in Ashkelon was wounded from rocket fragments while searching for a bomb shelter. Rockets fell in Sderot, Ashkelon, Ofakim and Shaar Hanegev. The Iron Dome missile defense system intercepted rockets over those communities and over Beersheva.

Overnight Sunday, the Israel Defense Forces targeted some 80 of what it called “terror sites” throughout the Gaza Strip, including underground rocket launching sites, tunnels and training bases, “inflicting severe damage to the rocket launching capabilities of terror organizations operating out of the Gaza Strip,” according to the IDF spokesman.

More than 90 Palestinians — terrorists and civilians — have been killed since the start of the operation on Nov. 14, according to the IDF. Three Israelis have been killed.

More than 540 rockets have fallen inside Israel in the six days since the start of Pillar of Defense, all but 35 in non-residential areas. Iron Dome has intercepted some 320 of them, the IDF said.