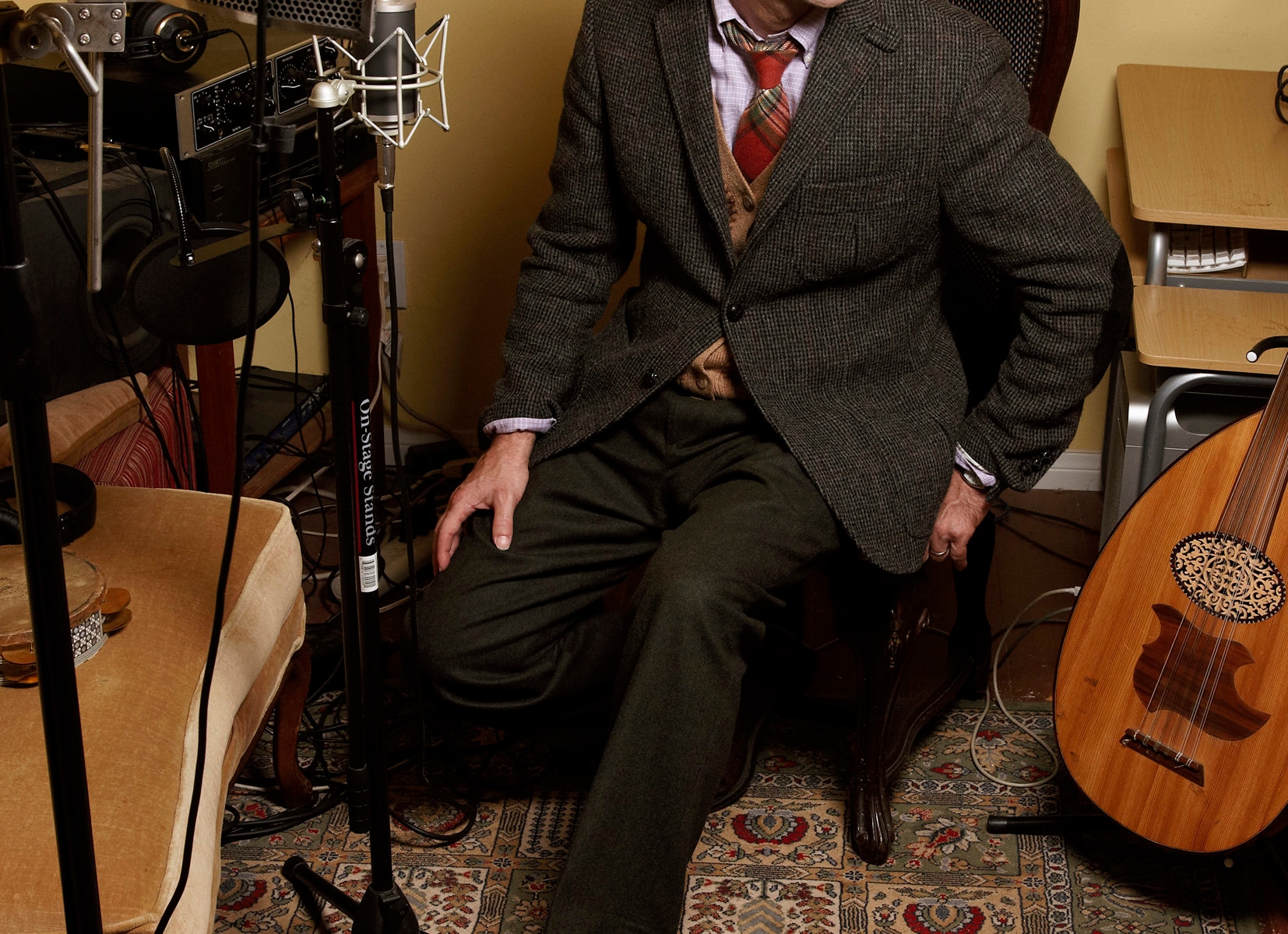 Hillel Tigay's new album "Judeo," in Hebrew and Aramaic, is based on his interpretation of what music may have sounded like 2,000 years ago at the Temple in Jerusalem. (Courtesy Ikar Music Lab/PR)
Advertisement

LOS ANGELES (JTA) — In 1999, Hillel Tigay was one half of the now defunct Jewish rap group M.O.T., which stood for Members of the Tribe. On songs like “Kosher Nostra” and “Oh God, Get a Job,” Tigay’s “Hebe-hop” alter-ego, Dr. Dreidel, riffed on such timeworn subjects as Jewish gangsters and gelt-minded mothers.

Nearly 15 years later, Tigay, 43, is still taking his musical inspiration from the Jewish experience. But with his latest project, “Judeo

,” the rap-inspired send-ups of Meyer Lansky and Yiddishe mamas have given way to heartfelt Hallelujah choruses and the ancient sounds of Middle Eastern instruments.

“There is nobody more surprised by this entire project than me,” said Tigay, sitting barefoot in his wood-paneled living room in West Los Angeles. “If someone had told me 10 years ago that I’d be doing this, I would have laughed like Sarah in the Bible story.”

Now a cantor at the progressive Los Angeles congregation Ikar, Tigay’s latest musical undertaking is a CD of Jewish spiritual music, sung in both Hebrew and Aramaic, that he hopes will cross over into the spiritual and world music markets. Like M.O.T., which Tigay describes as a kind of “performance art,” this latest project is concept-heavy. Set for a Dec. 11 release, “Judeo” is based on Tigay’s interpretation of what music might have sounded like 2,000 years ago at the Temple in Jerusalem.

While the Bible describes the instruments played — cymbals, drums, lyres and reed flutes, among them — as well as the Levites who sang Psalms during sacrifices, there is, of course, no way to authentically reproduce what the music would have sounded like in the Second Temple period. After its destruction, the rabbis forbade Jews from playing instruments during prayer services as a sign of mourning and the music was lost.

“I had two choices,” Tigay said of the album. “Either go for historical veracity or go for real beauty and resonance, and for me it was a no-brainer.”

The result is evident on Judeo’s 10 songs, which owe as much to New Wave and classical music as they do to the haunting sounds of the santur, a steel-stringed harp used on the album, or the ney, a reed flute played since antiquity. In a sense, Judeo represents an amalgam of Tigay’s diverse influences, including the 1980s pop group Tears For Fears, Peter Gabriel and the Bach fugues he has loved since he was a student of musicology at the University of Pennsylvania.

During his last semester at Penn, Tigay left Philadelphia for L.A., where he hoped to land a record deal. He managed to secure one at A&M, but it ultimately fell through. His next break, with M.O.T., faltered when the album was released with no marketing budget the same week as new albums from Seal and Madonna.

His dream of pop stardom effectively crushed, Tigay took a job as the cantor at Ikar, where a young rabbi named Sharon Brous was building a synagogue community more dynamic than any he had known growing up in Philadelphia’s Main Line suburbs. As the son of a renowned Bible scholar and Jewish educator, Tigay was heavily steeped in Judaism and had spent parts of his childhood in Israel, where his father, Jeffrey Tigay, would take sabbaticals.(Tigay is also the brother of former JTA reporter Chanan Tigay.)

But despite his Conservative Jewish upbringing, and the fact that he was getting paid to sing at High Holidays services while still in high school, Tigay never imagined he’d follow in the family tradition.

Seven years later, Tigay does not regret his decision to “go into his parents’ business,” as he puts it. If anything, Ikar has given him a solid platform for creative expression and experimentation.

“Judeo” marks the first official project of the Ikar Music Lab, which Tigay and Brous hope will one day become a physical studio space when Ikar. acquires its own building. The community has held Shabbat services at the Westside Jewish Community Center since its founding in 2004.

Over the last several years, as Tigay composed the melodies for “Judeo,” he would bring them to services, where he regularly sings to the accompaniment of a hand drum.

“Our community is a living laboratory for the music that Hillel has been creating,” Brous said. “As we learned how to pray more deeply than ever before, there was this beautiful interplay between the real live community and a profoundly talented composer.”

Luckily for Tigay, that interplay between composer and community didn’t end with davening. Ikar member Jeff Ayeroff, a music executive who greenlighted Madonna’s career and spearheaded the marketing campaign for Paul Simon’s “Graceland,” proved instrumental in the making of “Judeo.”

With a taste for Kirtan, the Hindu devotional music popularized in the U.S. by artists such as Krishna Das (the Long Island-born Jeffrey Kagel), Ayeroff encouraged Tigay to create something equally transcendent and uplifting.

Ayeroff’s involvement also took the album to the next level. To ensure that “Judeo” had broad appeal, Ayeroff turned to Shiva Baum, who had been the executive producer for Krishna Das’ “Breath of the Heart” album. When it came time for mixing, he called on Brandon Duncan, who had worked on albums by The Rolling Stones and Lucinda Williams. Finally, Ayeroff, who is credited as an executive producer, secured distribution through Warner Music Group’s independent arm, ADA.

Whether or not “Judeo” finds an audience beyond the confines of the Jewish community, as Ayeroff and Tigay hope it will, is yet to be determined. But in the meantime, Tigay said he would be happy if the album brought a few unaffiliated members of the tribe back into the fold.

“I want to attract disaffected Jews and change things for them,” he said. “If I can give them the religious experience they get from U2 or Coldplay in a Jewish context, then I’ll have accomplished my goal.”