As Barak leaves politics, questions remain about his legacy and future 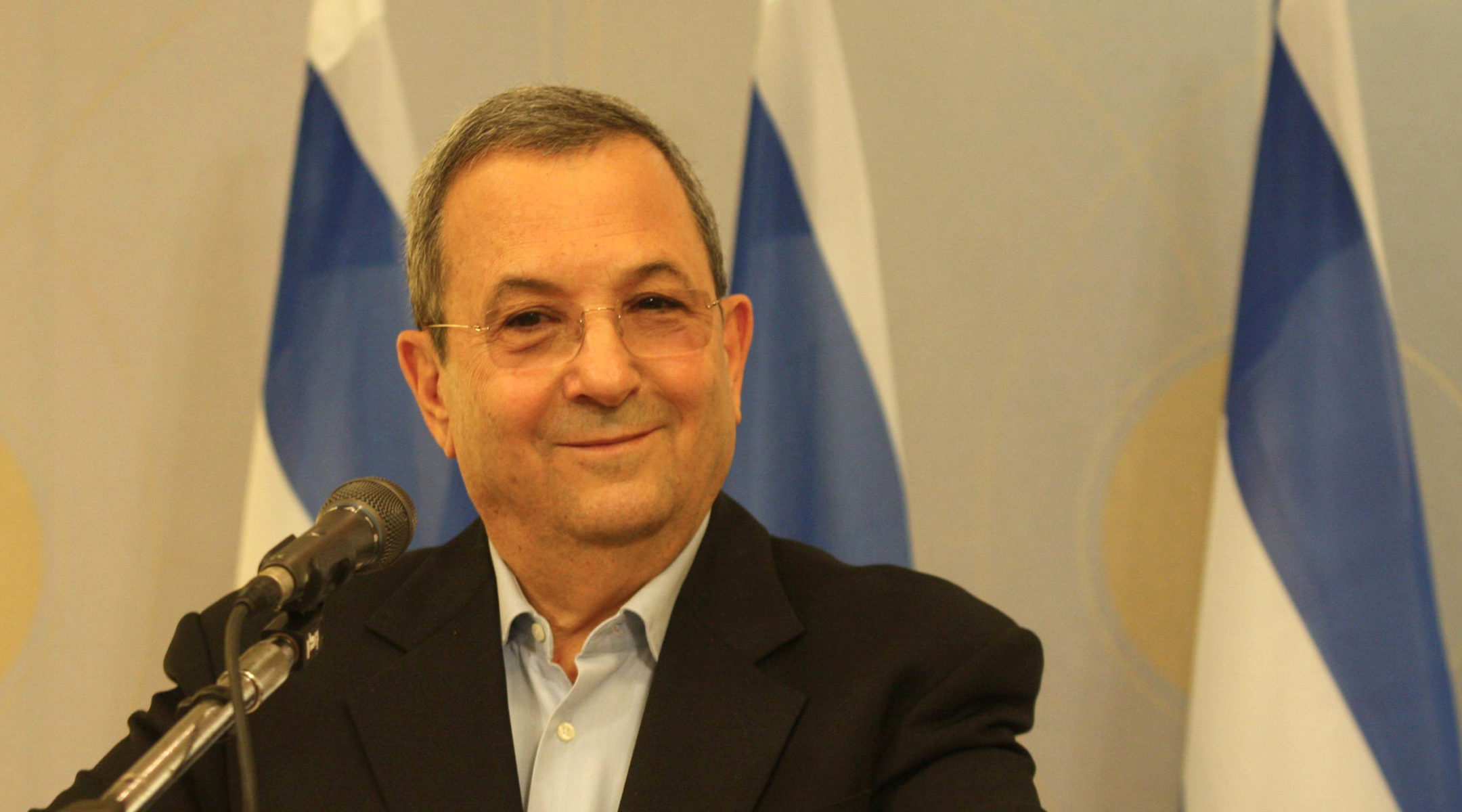 TEL AVIV (JTA) — Is Ehud Barak a calculating political survivor or a military man who, in his own words, “never had any special desire” for political life? Will he be remembered as a warrior or as a seeker of peace? And what will he do next?

Barak’s announcement of his retirement from politics on Monday raised more questions than answers, both about what his departure means for Israel and how Israelis will look back on his legacy.

“I have exhausted the practice of politics,” Barak, Israel’s defense minister, said at a news conference. “There is space to allow new people to enter senior positions in Israeli politics. Replacing those in positions of power is a good thing.”

But Barak’s political career may have been over even if he had not decided to retire. His small, centrist Independence Party faction was polling poorly ahead of Israel’s Jan. 22 election, and it is possible that Barak would not have made it into the next Knesset had he decided to run again.

“He understood that he has a political horizon,” said Gideon Rahat, a political science professor at the Hebrew University of Jerusalem. “He has no more chance to keep his job or to advance. He’s already stayed too long, much after he lost political strength. He doesn’t really have a party.”

Barak, who said he will stay on as defense minister until a new government is formed, will leave behind a complicated political legacy.

As prime minister from 1999 to 2001, Barak withdrew Israeli forces from southern Lebanon and offered unprecedented Israeli concessions, including in Jerusalem, to Yasser Arafat and the Palestinians at the unsuccessful Camp David peace summit. In the 2001 elections following the outbreak of the second intifada, Barak was soundly defeated by Ariel Sharon and then resigned as head of the Labor Party.

In 2007, Barak mounted a political comeback, recapturing the leadership of the weakened Labor Party. He returned to government as defense minister, a post from which he has emphasized the threat from Iran’s nuclear program and ordered two military operations in Gaza — 2008’s Cast Lead and the recent Pillar of Defense.

Barak brought credibility to the position of defense minister, conferred on him by his distinguished military career. He served as the Israeli Defense Forces’ chief of staff in the 1990s and became the most decorated soldier in Israeli history.

He was proud of his decades of service in the elite commando unit Sayyeret Matkal, and would tell stories about his secret missions targeting terrorists — including a famous one in which he entered Beirut dressed as a woman.

In the end, though, politics may have done him in. A close relationship with right-wing Prime Minister Benjamin Netanyahu — dating back to the days when Barak was Netanyahu’s commander in Sayeret Matkal — pulled Barak progressively further from many in his center-left Labor Party. In 2011, he split off with four other Labor Knesset members to form the Independence faction.

The move was widely seen as a self-serving political ploy.

“He doesn’t know how to work with people,” Rahat said. “He used to be prime minister, and he ended with a five-person party. He always cared about himself.”

Before Barak announced his retirement from politics, Independence was polling at anywhere between zero to 4 seats in the next Knesset, though Barak’s performance in the Pillar of Defense campaign boosted his popularity.

But his decision not to run for reelection may not necessarily mean the end of his career in government. Some political observers speculate that if Netanyahu is reelected, he could reappoint Barak as defense minister even though he won’t hold a Knesset seat.

Hebrew University political science professor Shlomo Avineri told The New York Times that Barak’s move “maximizes his chances of being the next defense minister,” adding, “If he got 2 percent, it would be difficult to appoint him. Now he’s not running, it’s easier. He is considered by the Israeli public to be a responsible adult.”

Others argue, however, that the Likud’s shift rightward in this week’s primary election for the party’s candidates’ list makes such an outcome less likely.

If Netanyahu “has a comfortable coalition, he’ll call him back,” said Bar-Ilan University political studies professor Shmuel Sandler. “Chances of that don’t seem good because the Likud candidates’ list is very right wing.”

Likud leaders are said to prefer current Strategic Affairs Minister Moshe Yaalon, a Likud member and former army chief of staff who is to Barak’s right.

Barak had been a key player on the issue of Iran. He was generally seen as a close ally of Netanyahu in advocating an aggressive stance toward the Islamic Republic’s nuclear program, but also was considered a potential restraining force on the prime minister’s impulses.

“Yaalon was against an attack,” Sandler said. “Netanyahu is for an attack. It will depend on how much sanctions work and on the U.S.”

Notwithstanding the failure at Camp David, Sandler said that Barak kept his focus on the issues that were at the center of his past peace efforts. He remained opposed to West Bank settlements as defense minister, refusing to grant official university status to a so-called “university center” in the settlement of Ariel and stressing the urgency of negotiations or unilateral Israeli action to end the conflict.

Barak also placed a high value on maintaining strong U.S.-Israel relations, even breaking with Netanyahu earlier this year when the prime minister publicly criticized the Obama administration’s handling of the Iranian nuclear issue. Rahat suggested that Barak’s departure could cause a bit of a setback in relations between the Netanyahu government and the Obama administration.

“Our relations are based on a lot more than people, but Barak was more accepted in the While House than Netanyahu” or Foreign Minister Avigdor Lieberman, Rahat said. “It’ll make it a little harder, but it’s not the end of the world.”