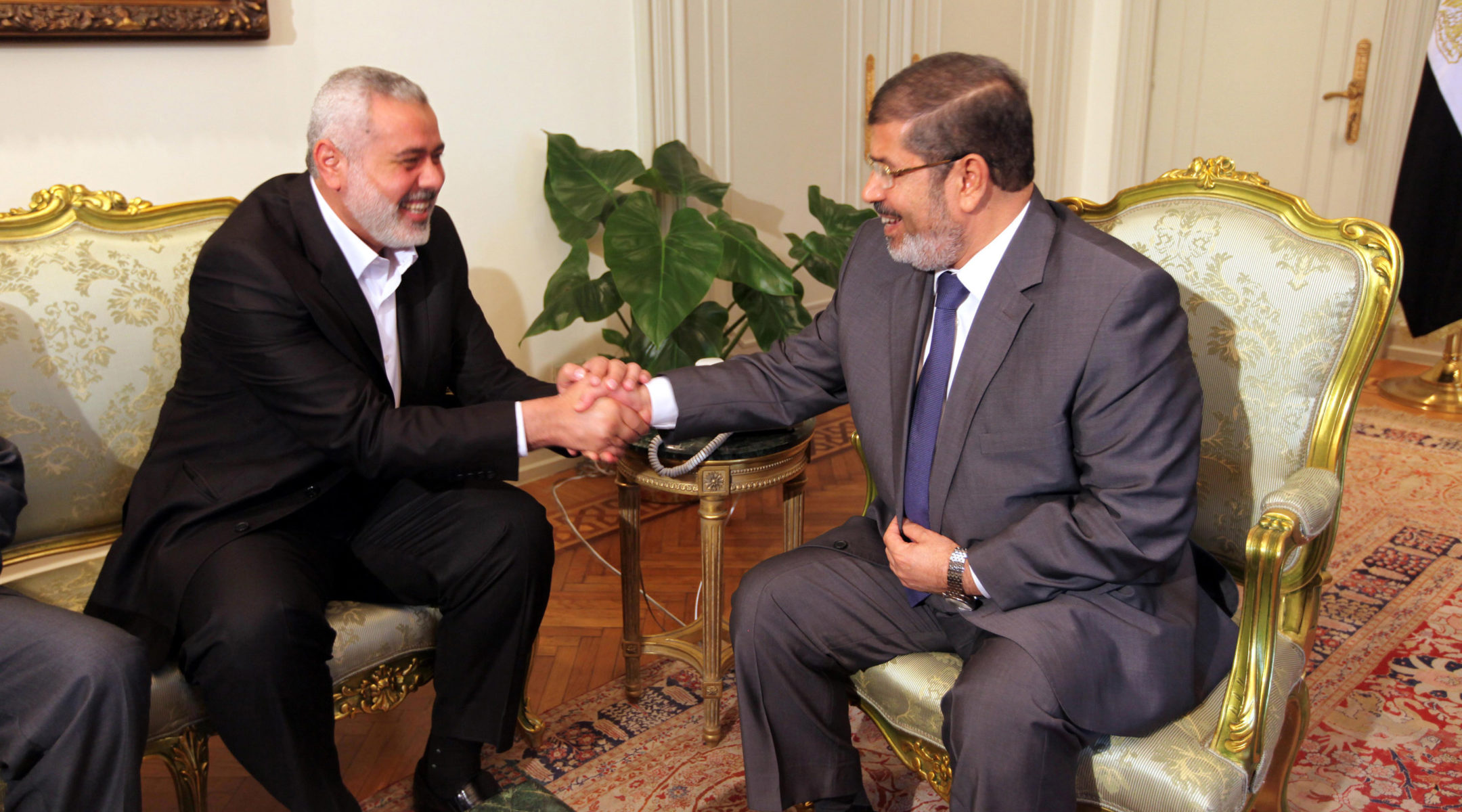 Last week Egyptian President Mohamed Morsi earned U.S. kudos that were quickly followed by expressions of concern — the former for brokering the truce that ended the Israel-Hamas mini-war, the latter for then decreeing himself absolute powers.

It’s a sequence of events that has some in Washington wondering whether Morsi aims for the kind of relationship that helped prop up his predecessor, Hosni Mubarak, for decades until the 2011 revolution: regional stability in exchange for unfettered rule by Morsi and the Muslim Brotherhood, the Islamist movement that brought him to power.

“It is unclear whether this represents a mistake or an overreach,” said Jon Alterman, the director of the Middle East program at the Center for Strategic and International Studies, referring to Morsi’s declaration over the weekend removing judicial oversight of his decisions until a constitution is in place.

Alterman leaned toward “mistake,” noting that Morsi and his aides have scrambled to reassure opponents that the decree is temporary. But Alterman added that such a move inevitably reminded Egyptians of Mubarak’s excesses.

“From what he said and how he talked about it, it seems he was principally motivated by the threat to continuing the process” posed by deep disagreements over the constitution “rather by a desire to have unchecked power,” Alterman said. “The problem is that in doing so, he raised the worst fears of the return of Mubarak-style governance.”

Others were less sanguine. Eric Trager, a fellow at the Washington Institute for Near East Policy, argued that the Obama administration’s hopes for a Muslim Brotherhood leadership that would respect democracy were naive.

“Washington ought to have known by now that ‘democratic dialogue’ is virtually impossible with the Muslim Brotherhood, which is now mobilizing throughout Egypt to defend Morsi’s edict,” Trager wrote in The New Republic. “The reason is that it is not a ‘democratic party’ at all. Rather, it is a cultish organization that was never likely to moderate once it had grasped power.”

On Nov. 21, Secretary of State Hillary Rodham Clinton was lavishing praise on Morsi for his role in ending the fighting between Israel and Hamas.

“I want to thank President Morsi for his personal leadership to de-escalate the situation in Gaza and end the violence,” Clinton said in Cairo. “This is a critical moment for the region. Egypt’s new government is assuming the responsibility and leadership that has long made this country a cornerstone of regional stability and peace.”

The expressions of gratitude were striking given the Israeli leadership’s strong suspicion of the Morsi government in light of the Muslim Brotherhood’s traditional animosity toward Israel and affinity for Hamas, an offshoot of the Egyptian Islamist movement.

Such concerns were heightened after the Brotherhood’s top leader called in October for a “jihad for the recovery of Jerusalem” and the surfacing of video of Morsi nodding along to an imam’s anti-Jewish sermon. And in his speech at the opening of the U.N. General Assembly, Morsi omitted an affirmation of the Arab League’s initiative for a comprehensive peace with Israel that had been present in an advance copy of his remarks distributed by Egypt’s U.N. mission — a fact later discovered by JTA.

During the Gaza conflict itself, Morsi’s government expressed strong public support for Hamas and condemned Israel. Egypt’s prime minister traveled to Gaza in a show of solidarity during the early days of the fighting. But Morsi’s assistance in brokering the cease-fire offered a measure of reassurance that his government would take a pragmatic approach toward dealing with Israel.

The day after the cease-fire deal was reached, however, international gratitude morphed into expressions of concern about Morsi’s path at home.

On Nov. 22, Morsi issued his decree removing judicial review, sparking massive protests in Egypt and causing Clinton to voice concerns the next day about the move’s implications for Egyptian democracy.

“The decisions and declarations announced on November 22 raise concerns for many Egyptians and for the international community,” she said in a statement. “One of the aspirations of the revolution was to ensure that power would not be overly concentrated in the hands of any one person or institution.”

Jason Isaacson, the international affairs director for the American Jewish Committee, said that Morsi posed a dilemma for Israel and its American allies who want to maintain the 33 years of peace between Egypt and Israel and fear imposition of a Muslim Brotherhood dictatorship.

“The attempt to change the power structure appears to have been in the works for some time,” Isaacson said Monday, speaking from Cairo, where he had just met with Egyptian government officials, diplomats and members of the country’s tiny Jewish community.

“It did not disrupt the achievement of the cease-fire, for which you must give them credit. But obviously, [the decree] raises concerns about human rights and the rule of law. Those who have a stake in protecting the principles of democracy and in human rights, and in preserving the Egyptian role in the Middle East peace treaty should stay engaged with Egypt and express concerns when concerns are felt.”

“This is not what the United States of America and taxpayers expect, and our dollars will be directly related to the progress towards democracy which you promised to the people of Egypt when your party and you were elected president,” Sen. John McCain (R-Ariz.) told “Fox News Sunday.”

Ori Nir, a spokesman for Americans for Peace Now, the American affiliate of the dovish Israeli movement established in the wake of the Israel-Egypt peace agreement, said that cutting U.S. aid would be counterproductive.

“Our focus in terms of aid to Egypt has to do with fulfilling the terms of the peace agreement Egypt signed with Israel,” he said, adding that outside actors would likely not be able to influence Morsi’s domestic policies in any case.

“The extent to which he will be another dictator has to do with the dynamic between him and the Egyptian public and less so his foreign relations,” Nir said. “One has to hope that the Egyptian public, which has shown incredible fortitude and courage, will reapply that and will demand democracy and leadership that is accountable to the public.”

That, Alterman of CSIS said, is already playing out, noting the persistent protests against Morsi’s decree.

“The fact that this became contentious is a good thing and reflects a broader trend in Egypt that people are much more willing to protest than was ever the case before,” he said.