With a candle each night, celebrate the many dimensions of courage 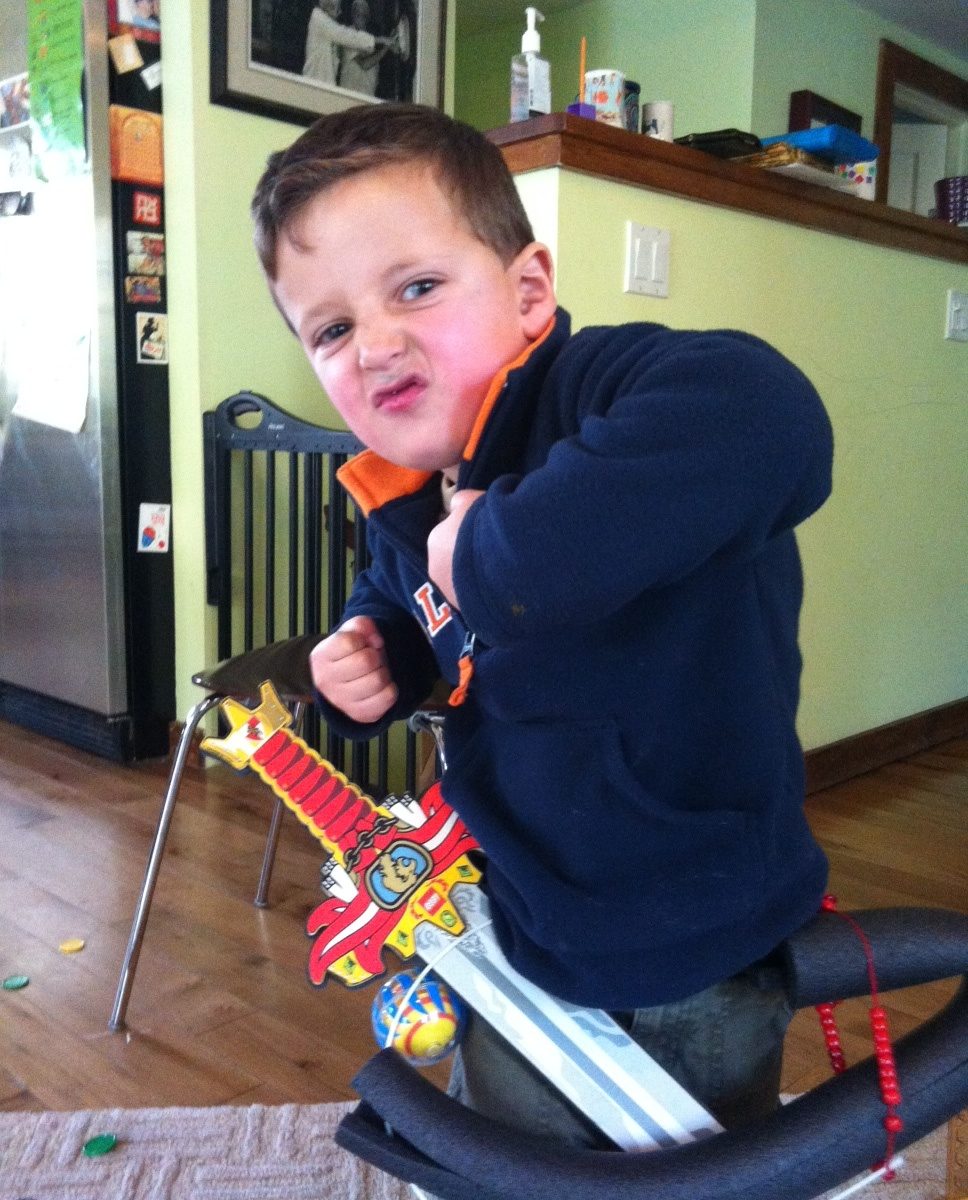 NEW YORK (JTA) — My 4-year-old son is obsessed with superheroes, dressing up at every opportunity as the superhero du jour to do battle with the bad guys lurking around the corner. (My 2-year-old daughter is just as enthusiastic, but at her age all she can really muster is a “meanie” face.)

From a developmental perspective, I know this fantasy play is his way of exercising control over a world he is learning is increasingly out of his control. But I also see other qualities — his desire to be strong, to stand up for the good guys — in short, to be courageous.

Becoming courageous doesn’t happen overnight. It develops when children have opportunities to stand up for what’s right and to take responsible risks. Through experiences my husband and I provide, and the stories we tell them, we can lay some groundwork.

As I think about a central message of the Chanukah story and the way I want to portray it to my kids, models of courage abound. From Judah Maccabee, to Judith and Hannah and her seven sons, heroes and heroines fought for the right to be different, to be Jews who refused to assimilate into the prevailing Hellenistic culture.

When Antiochus Epiphanes came to power, and observance of the most basic mitzvot (circumcision, Shabbat celebration and kashrut) were turned into capital offenses, their acts of courage formed the basis of a central narrative of the Chanukah story that has been passed down through the generations.

Consider Judah Maccabee, whose army with a bunch of Jewish soldiers used guerrilla tactics and religious zeal to defeat the stronger Assyrian Greek army. He forced the Assyrian Greeks to rescind the policies that forbade Jewish practice, and in 164 BCE liberated the Temple in Jerusalem and rededicated it to a place of Jewish worship.

Consider Judith, who did her part to prevent the siege of Jerusalem in her hometown of Bethulia by seducing Holfenes, the Assyrian Greek army general, and then decapitating him. Her bravery is so highly esteemed by the Rabbis that it is because of her act of courage that Jewish women are obligated to light Chanukah candles.

And consider Hannah and her seven sons, who refused to bow down to Zeus and Antiochus and eat non-kosher meat. The Book of Maccabees relates that each of her sons and then her mother were tortured to death.

These acts of courage seem extreme and even unpalatable to our modern ear — what woman would sacrifice her son, not to mention all seven? And aren’t we a peace-loving people who should not extol brute force?

But they also lead us to a deeper questions about the nature of courage. Are there values and beliefs for which we are willing to make great sacrifices, and if any of these values or beliefs were to be violated, would we be stirred to action?

While these figures present us with one narrative of the Chanukah story — of heroism in battle and martyrdom — a second narrative is favored by the ancient Rabbis. The story begins with the rededication of the Temple in Jerusalem and the faith that the Jews had that the small cruse of oil which should have lasted for one day only could last for eight (in time for others to travel and get more oil.)

The second narrative downplays the military victory won by human hands and elevates the story to one in which our faith in God and God’s miracles are kindled. It reminds us that courage is born when we continue to have faith and hope even in our darkest time. Having faith in itself is an important kind of courage.

While the call to be courageous is central to the Chanukah story — spiritually or physically — it is also daunting. But the Rabbis offered another way for us to understand how to live a courageous life and be our own heroes.

Overcoming our most natural desires and exercising personal restraint is another kind of heroism. This is a kind of everyday courage.

When we are present in a difficult conversation with someone we care about even though our impulse is to leave, we are a hero. When we resist the urge to say something that we know will offend another person, even if we think it is warranted, we are courageous. When we have vowed not to feed a habit that is destructive to us, and when tempted and resist (a smoke, an extra piece of chocolate cake), we are being our own heroes.

This Chanukah, celebrate all of the dimensions of courage by dedicating each night to one of them:

Candle 1 to the classic Chanukah heroes of Judah Maccabee, Judith and Hannah.

Candle 2 to the courageous acts of our children who welcome a new kid to the school, speak out against bullying or have faith that the next day at school might be a little better than today.

Candle 3 to someone in your community who took up a cause you believe in and fought for it.

Candle 4 to someone in your family — perhaps a parent or grandparent — and a courageous act they performed during their lives.

Candle 5 to American and Israeli soldiers who are fighting to protect values and ideals that are sacred to us.

Candle 6 to the courage that you have exercised by restraint — with a co-worker, spouse, child, friend or parent.

Candle 7 to a person in your life who exemplifies courage the most.

Candle 8 to that quality of courage in ourselves that enables us to bring light into dark places and for the energy to continue to stoke the embers of our own sense of courage.