Is there a place in religious life for marijuana? Ask Yoseph Needelman 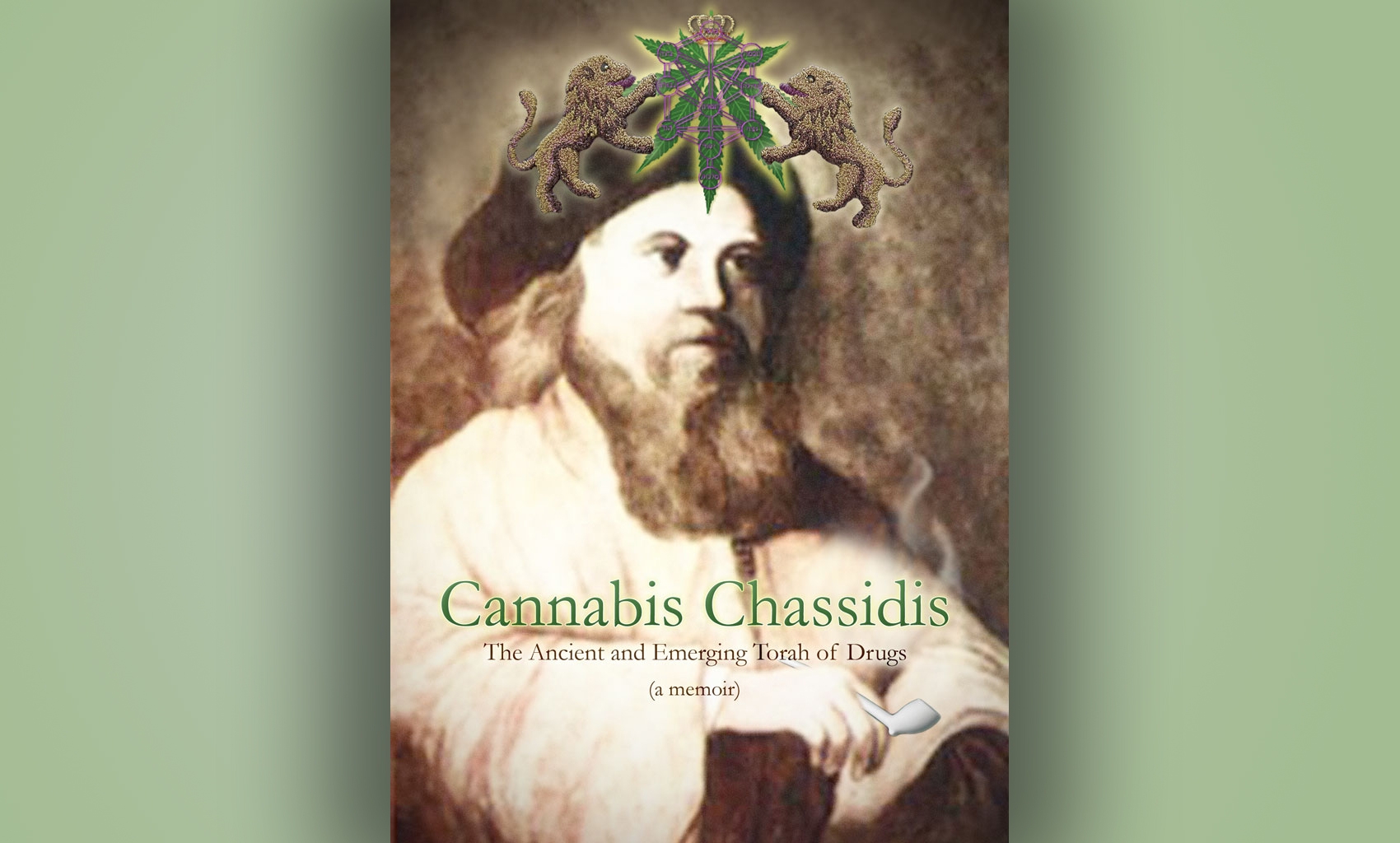 NEW YORK (JTA) — After graduating from Modern Orthodox high school in New York, 30-year-old author Yoseph Needelman moved to Jerusalem to explore the use of marijuana in Jewish tradition. For eight years he bounced around religious institutions, interviewing spiritual leaders to find out if there was indeed a place for drugs in the Jewish world.

The result of his research is compiled in “Cannabis Chassidis,” a book that explores the Jewish use of marijuana. The book was published originally in 2009 under Needelman’s pen name, Yoseph Ibn Mordachya.

With Colorado and Washington having recently voted to legalize marijuana for recreational use, popular views of the drug are rapidly evolving. Needelman’s book may find an audience among those seeking religious and practical advice on the use of marijuana.

JTA caught up with Needelman while he was on a book tour in America.

JTA: Tell me a little bit about yourself and how you came to write this book?

Yoseph Needelman: I grew up in Brooklyn, N.Y., and went to Modern Orthodox day schools. I went to Israel after high school to find things in Judaism that I felt must have been part of ancient traditions of how to live well, notably cannabis. I was introduced to drinking in a religious context, but relating to marijuana [religiously] was a big question for me. If the Torah is a religious framework that guides us in enjoying everything that is good, it must relate to other things I connected with, like pot or yoga.

I wrote this book because I think kids need advice and counsel on doing drugs that they are going to do anyways. If they are smoking pot and taking other drugs, they need to know how to do it effectively. My book discusses how to do those things in a helpful, effective and responsible way. That might include noticing the point where you don’t need a particular drug anymore.

Why do you think religious institutions have a negative outlook on drugs like marijuana?

Judaism is defined by its certain rejections. It is designed to protect us from foreign ecstasies and bad habits. I think here in America, certain Western values became the law, and they reject smoking and using herbs for a bunch of reasons. Judaism, which emerged from the ashes of Jerusalem’s survivors, the people who were able to make themselves seem most unthreatening to the state, demands that its successful leaders not threaten anyone, especially not the state, so it’s become taboo. Marijuana is not identified as being especially Jewish, even though a lot of big rebbes traditionally were associated with it.

Where is it written that Chasidim use drugs, and who are some of the famous ones?

The Vilna Gaon [an 18th century rabbi and opponent of Chasidism] wrote in his cheirim, or writ of excommunication, that Chasidim are untrustworthy because they dance, sing and smoke. Some famous rabbis that sound like they used drugs were Rabbi Yisroel Ben Eliezer, or Ba’al Shem Tov, the father of the Chasidic movement. A Baal Shem/Doktor is someone who picked wild grasses and barks, and made medicines out of them which he would sell, along with advice on how to use [them] properly. He used to smoke from a water pipe to experience an “aliyat neshama,” or ascension of the soul.

His biographer, Rabbi Yakov Yosef of Polonoye, said that he would give his entire portion in this world, and in the world to come, just for a taste of what the Ba’al Shem Tov got from his pipe.

Rabbi Shlomo Carlebach, who came much later, was actually opposed to drugs, but he would smoke occasionally [in order to gain trust] by the people who were already on a high level of spiritual awareness and curiosity. Carlebach, however, was always frustrated by the sense of dependence the group had on it.

Was marijuana ever used for Jewish practices?

In Exodus 30:23, it talks about the anointing oils and there’s an ingredient called “knei bosem.” [The 11th century commentator] Rashi says it is “important,” and the Ramban explains in greater detail that the ingredient is “universally valued, in every country, and every empire.” Rabbi Aryeh Kaplan, a later redactor, gives over other opinions, one which is this ingredient is marijuana because it was globally popular, especially in traditions of lands like Yemen and Morocco.

Are there any biblical references to psychedelic use?

There is an opinion circulating amongst some academics and theoreticians lately that the Jews in the desert [experienced hallucinations] from the matzah they ate. Matzah was unbaked, raw, rye dough that was carried around and slowly cooked in the sun. It went through a process called St. Elmo’s fire, where their food turned into psychoactive substances, causing the entire nation to start hallucinating. The text alludes to these hallucinations when it talks about the splitting of the sea, like the nation seeing the skies crashing down on the Egyptians or seeing visions of all their ancestors. The text also talks about hallucinations when the Jews received the Torah, how they saw the voices and heard the lightning. Eventually the hallucinations got too overwhelming and the priests had to intervene.

In your book, do you talk about using drugs for a spiritual experience?

No, I don’t like when people say that. The drugs don’t create a spiritual experience. Maybe the intentions of why you are using can be spiritual. But pot alienates you from your responsibilities and needs. It’s not like alcohol that makes you feel warm. But then again, marijuana is the least dangerous drug — the worst thing it can do is make you lose track of your priorities.

What are the benefits of marijuana?

The main advice I suggest are a few things. The best framework for smoking pot is when you are on your own and you have an activity to focus on. It’s also good to be in a small group of people that you really love. It’s also really important to make sure that smoking pot won’t become a problem for you, and that it won’t keep you from noticing what’s really important.

The good effects are that it [can give] a sense of peace of what’s going on around you. It can help you break down daunting issues that might be on your mind and help you process things more easily. Weed is also great for praying, especially if you’re not in a hurry. And of course, the best way to use it, spiritually, is to share it with someone.

Do you think people’s view on pot will change now that efforts to legalize its use are gaining momentum?

Honestly, I don’t know. Historically, Chasidim never cared much about what was legal and not legal. I’m not sure if people will change their view on it. I’d love to watch and see. But the people who are interested in using marijuana in a good way are already doing it. They are already aware of the powers and limitations of these things, so I’m not sure how things will change. But things will change, and the more people know how to take responsibility for being awesome and whole, the more we all can’t help but to change for the better eventually. L’chayim!