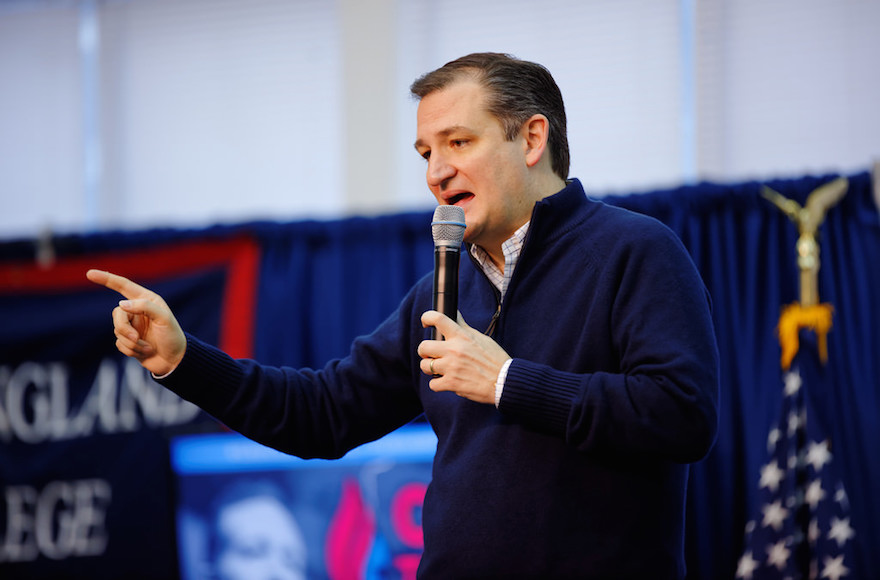 “In my view the United States should stand unshakably alongside the nation of Israel,” Cruz said at his meeting Monday with Netanyahu.

At the meeting, Netanyahu emphasized the threat of the potential use of chemical weapons as the civil war in Syria becomes more chaotic.

“Israel and the United States have close consultations about this issue and it highlights the dangers of these regimes receiving such weapons, and these weapons can even go from there to terrorist organizations,” he said. “This is a threat to Israel, a threat to America, a threat to others in this region.”

Cruz was the favorite of the Tea Party in this year’s Texas election, and is likely to be its standard-bearer in the Senate now that Sen. Jim DeMint (R-S.C.) is retiring.

Pro-Israel and Jewish groups have had a wary relationship with the conservative movement, pushing back against some of its budget-slashing proposals, particularly related to foreign assistance, but welcoming the pro-Israel fervor of candidates like Cruz.

Cruz thanked Netanyahu and Israel “for its leadership for democratic values in a very dangerous region of the world, also for your leadership protecting the security of the nation and ultimately of the United States as well, with respect to weapons of mass destruction, whether in Syria or Iran or elsewhere, and I look forward to continuing to work together to strengthen that friendship.”