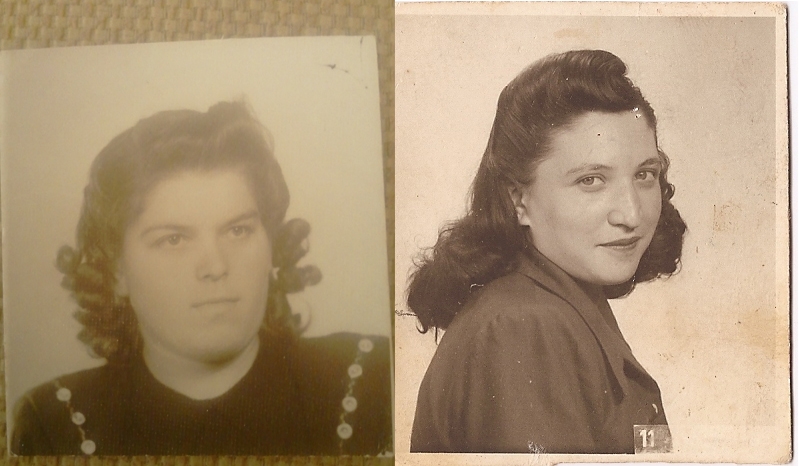 BALTIMORE (JTA) — Upon returning to his Tel Aviv apartment from a long day of classes, Ofir Efroni often sets aside his college textbooks and gets to work searching for a woman he’s never met but who means the world to his grandmother.

Quite literally so, because the woman he is searching for, Rozsi Friedman, saved his grandmother from certain death. When at age 16, Efroni’s grandmother, a Hungarian Jew then known as Koti Grunbaum, first arrived at Auschwitz, Friedman grabbed her and pushed her toward the side with those prisoners whom the Nazis allowed to live a bit longer.

Efroni’s grandmother — she became Orna Lowinger after settling in Israel and marrying — now suffers from Alzheimer’s disease. In whatever way Efroni can communicate with his grandmother, he hopes to be able to provide news of Friedman’s having been found — and maybe even put the women on the telephone together or arrange for them to meet.

But to locate Friedman, he might require more information — her married name and her place of birth, for example — something Lowinger, now 85, isn’t capable of providing anymore. He recalls Lowinger saying that Friedman’s father was a rabbi or a shochet (ritual slaughterer), but that’s not much to go on.

Last week, “Seeking Kin,” with the assistance of both a Jerusalem historian who is a Budapest native and of a New York lawyer working for the Conference on Jewish Material Claims Against Germany, seemed to have tracked down Rozsi Friedman in Brooklyn.

According to documents held by Yad Vashem, Israel’s premier Holocaust research institution, central details appeared to match: Friedman and Grunbaum are approximately the same age and followed similar paths during the Holocaust. And their Auschwitz tattoo numbers are just 1,103 apart, which the historian stated indicates that the women arrived at the concentration camp within a day of one another, perhaps even on the same train.

However, the son and daughter of Friedman (who is now 86) said that she is the wrong person.

Efroni, 26, expressed disappointment at the news but continues searching. In so doing, he is returning some of the love Lowinger showed him, especially during weekend visits to her home in the coastal city of Netanya. She prepared stuffed cabbage and other Hungarian dishes that he devoured along with the memories she related of her youth and of surviving the Holocaust.

One name arose in many of those conversations: Rozsi Friedman. When Grunbaum suffered from typhoid, Friedman brought her food and clothing.

“She would say, ‘She worried about me, helped me, brought me food.’ We always heard from her how much she wanted to find her and meet her,” Efroni said. “She’d say, ‘Halvai [How great] if I could find her, speak with her.’”

Efroni’s search began when his grandfather, Mordechai, died a few months ago. While sitting shiva at the Lowingers’ home in Modiin – they had moved there to be closer to Efroni’s parents, who live in Reut, west of Jerusalem — Efroni flipped through his grandparents’ photo albums. He noticed two pictures of Friedman. Friedman had mailed them to Efroni’s grandmother following the Holocaust.

“I didn’t know that there were photographs of her and that they’d been in touch,” Efroni said.

In one, Friedman is wearing a white tichel, a head covering worn by married, observant women. An undated note written in Hungarian that accompanied the picture reads, “With a lot of love from a friend. Rozsi.” Under it, she wrote “Kosice,” a city now in southeastern Slovakia that is just across the Hungary border from Lowinger’s hometown of Emod.

Another photograph shows a bareheaded Friedman. Her note with it reads, “Lots of love to Kotokanuak,” and was signed “Rozitol,” using the two women’s diminutives. It is dated May 9, 1948, and was sent from Fehergyarmat, in northeast Hungary.

The women lost contact soon thereafter. Lowinger believed that Friedman might have moved to the United States, Efroni said. He posited that Friedman could have settled in a strictly observant community, perhaps even in Jerusalem.

While few details are available on Friedman, Lowinger’s own background is known. Her parents were Moshe and Sara, and she had an older brother, Laszo (known as Lazzi and Zeev), and a younger brother, Imre. A document in the International Tracing Service’s archives documents Lowinger’s path during the Holocaust as follows: She was sent to the Mezoczato ghetto in April 1944, to Auschwitz and then Plaszow in June, back to Auschwitz in August and, in January 1945, to Gross Rosen, Mauthausen and Bergen-Belsen, where she was liberated. According to her family, Lowinger recuperated at a sanitarium in Sweden and then lived for a year with a non-Jewish family nearby before immigrating to Israel in 1948.

Laszo survived the Holocaust and also lives in Israel. Sara and Imre were killed at Auschwitz; Moshe had died earlier. Lowinger’s heartbreak did not end with the Holocaust; her son, Yitzhak, was killed in combat in the Yom Kippur War.

Efroni is confident that with contemporary social media and Internet tools, Rozsi Friedman ultimately will be found. The sad thing, he notes, is that his grandmother may not be in a state to fully appreciate that day when it arrives.

Efroni’s mother, Sara, values his efforts, which included being interviewed on the Israeli radio program “Hamador L’chipus Krovim” (Searching for Relatives Bureau). Ofir and his two siblings always were close with their grandparents, she explained. The extended family traveled together to Emod and to the concentration camps where Lowinger was imprisoned.

Her son always demonstrated great empathy for his grandparents’ suffering during the Holocaust, and his searching for Friedman further “shows that he cares,” she said.

“He has entered this with all his heart.”

(Please email Hillel Kuttler at seekingkin@jta.org if you know the whereabouts of Rozsi Friedman. If you would like “Seeking Kin” to write about your search for long-lost relatives and friends, please include the principal facts and your contact information in a brief email. “Seeking Kin” is sponsored by Bryna Shuchat and Joshua Landes and family in loving memory of their mother and grandmother, Miriam Shuchat, a lifelong uniter of the Jewish people.)