In the spirit of the holiday season, JTA presents its annual ode to the non-Jews who helped write the Jewish story this past year. (Graphics by Uri Fintzy)
Advertisement

Whether they made us cheer, bang our heads against the wall, wish they were Jewish or thank God that they’re not, this year had plenty of non-Jews who played an important role in the Jewish story. And what better time to highlight them than now, in this season of best-of lists and holiday cheer? 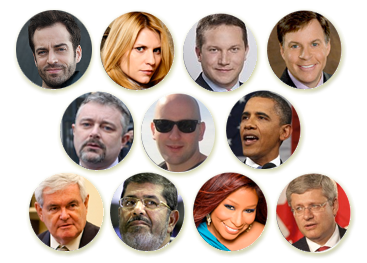