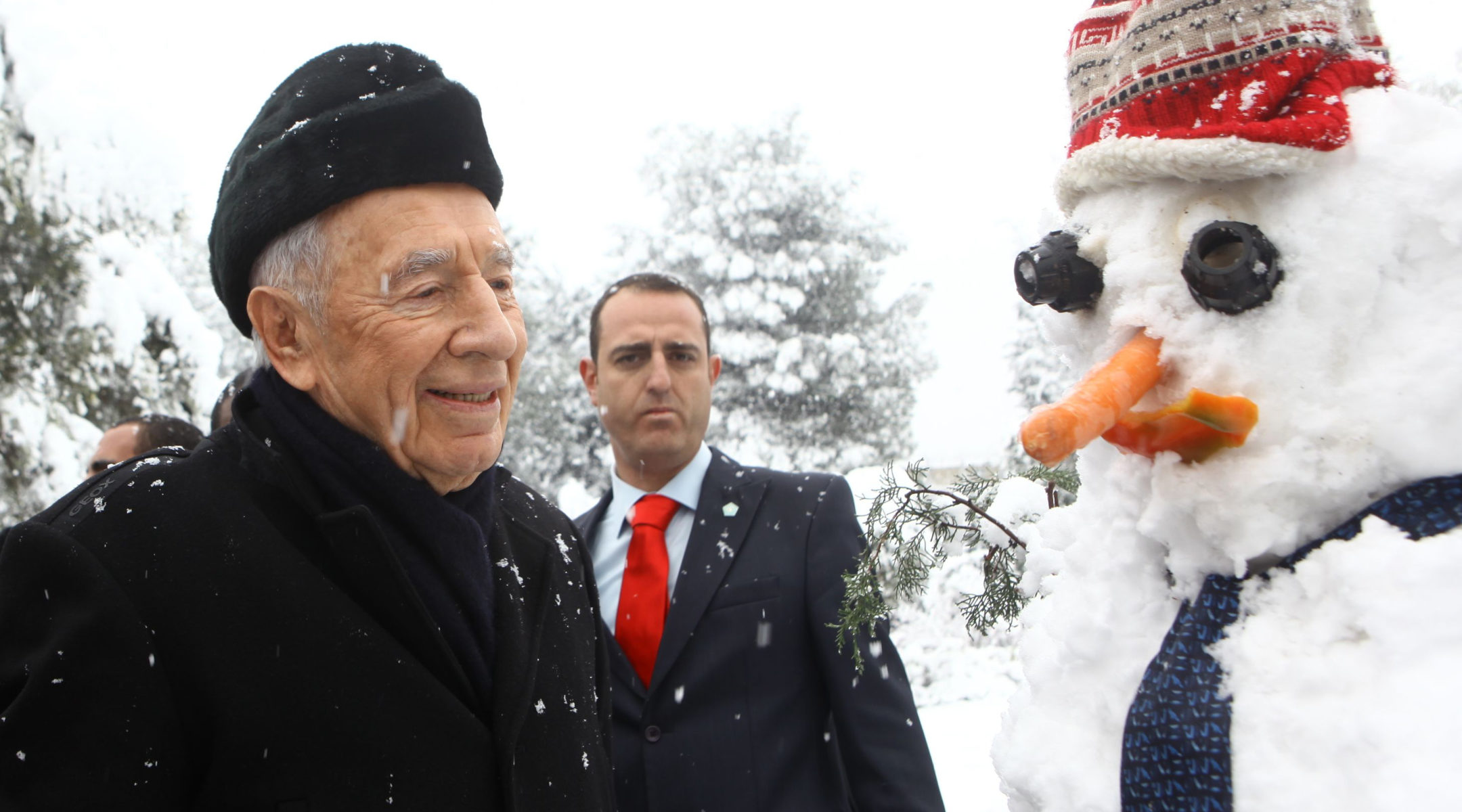 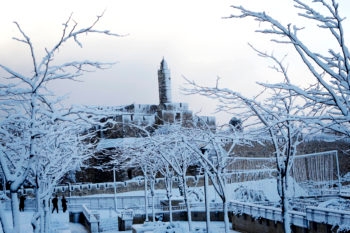 View of the Tower of David and the Old City walls in Jerusalem covered in snow, Jan 10, 2013. (Mendy Hechtman/FLASH90/JTA) 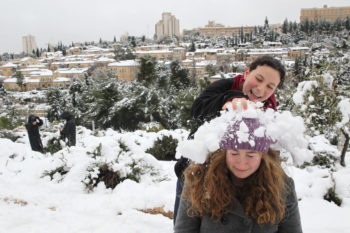 Young Israelis playing in the snow, with the snowy Jerusalem neighborhood Mishkenot Sha’ananim in the background, Jan. 10, 2013. (/JTA) (Nati Shohat/Flash90)

JERUSALEM (JTA) — Jerusalem remained paralyzed as the largest snowfall in 20 years shut down roads, trains and buses and schools.

At least six inches of snow reportedly have fallen in the center of Jerusalem and more in the surrounding areas.

Route 1, the Jerusalem-Tel Aviv highway, was closed for the second time on Thursday morning after being closed the previous evening for several hours. Route 443 to Jerusalem also was closed for part of the morning Thursday.

Power outages were reported in areas in Jerusalem, most due to trees falling on the power lines. Electric company workers said they were having trouble reaching the problem areas due to road closures.

Jerusalem schools and the city’s courts were closed due to the bad driving conditions.

Schools also were closed in Dimona and other southern municipalities, as well as in Safed and municipalities in northern Israel due to snow and flooding.

Israel has been plagued by wild weather, including high winds, for several days.

Meanwhile, the water level in the Sea of Galilee, Israel’s main freshwater source, has risen more than two feet since rain began over the weekend.

As is typical when there is heavy snowfall in the Golan Heights, Israel’s only ski area, Mount Hermon, shut down for the storm.