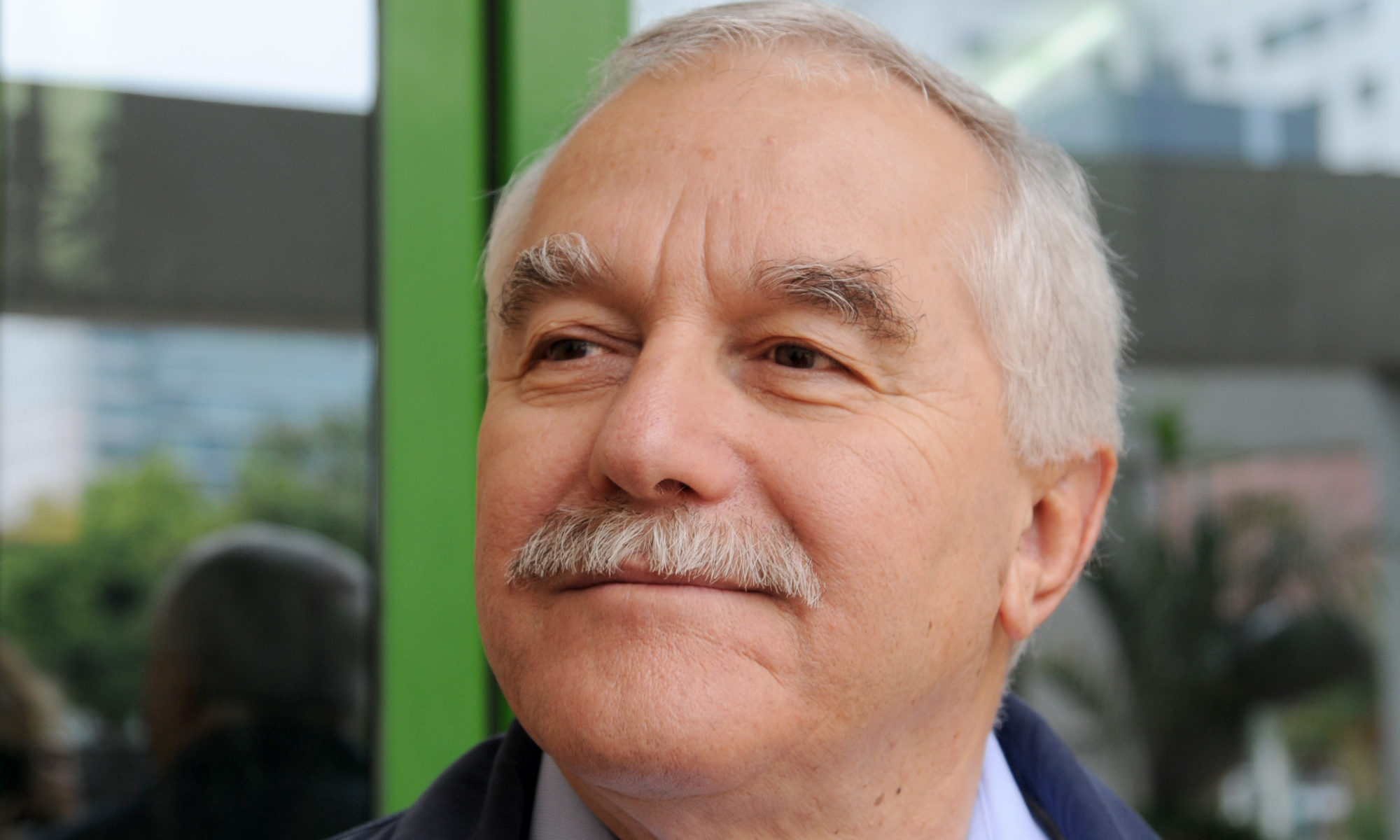 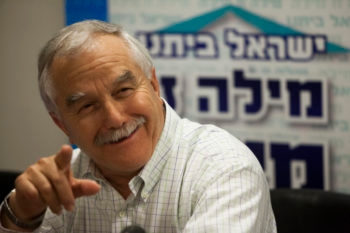 For the Israeli Air Force commander turned technocrat turned politician, these topics include how to respond to settlement evacuations or achieve Palestinian statehood, a fracture in the U.S.-Israel relationship or Yisrael Beiteinu chairman Avigdor Liberman’s departure from politics.

Shamir, the 67-year-old scion of the late Prime Minister Yitzhak Shamir, is the hard-line Yisrael Beiteinu’s No. 2. With Liberman, the former foreign minister, under indictment for fraud and breach of trust, he is the de facto heir apparent to one of Israel’s largest political parties.

Assuming that mantle would be quite a shift for Shamir, who entered politics only last year. He served 25 years as a pilot and officer in the IAF before moving on to private business. Until 2011 he served as chairman of Israel Aerospace Industries, the country’s leading aircraft manufacturer. Before that he was an executive at El Al Israel Airlines, a large telecommunications firm, a venture capital fund and a computer equipment company.

Entering politics was a “nationalist decision,” Shamir told JTA, a choice “to give my coming years to strengthen Israel on the national level and not on the private level.”

Last year he was appointed deputy to Liberman in Yisrael Beiteinu, a party that originally focused on Russian immigrant concerns but since has attracted Israelis with nationalist views from other backgrounds. Shamir tries to avoid talking about the party without Liberman.

“The press is trying to create a rivalry between us,” Shamir said. “I’m almost convinced that he’ll come out innocent. A public figure who is found guilty in court shouldn’t be a public figure, but everyone needs to follow his own conscience.”

That attitude fits into Shamir’s overall political philosophy. He professes deep respect for pluralism and democracy while also opposing a Palestinian state — a position that puts him at odds with Liberman. Liberman has called for redrawing the borders between Israel and a future Palestinian state in the West Bank to include more Jews and exclude as many Arabs as possible.

Shamir follows in the ideological footsteps of his father, who served as prime minister from 1986 to 1992 and died last July. As leader of the Likud party, the elder Shamir opposed any compromise with the Palestinians — even after the outbreak of the first intifada — and strongly supported West Bank settlement expansion.

“I see him as my lighthouse,” Shamir said of his father. “A lighthouse isn’t the nicest building. It’s a simple building but it stands on a cliff and always shines its light, in bad and good weather. It’s not shaken by a storm or a calm sea.”

Like his father, Shamir wants Israel to hang tough in the constantly unstable Middle East. His top priority as a politician, he says, will be to contribute his business experience to government by strengthening the country’s infrastructure and economy.

“The only way to maintain the land and the people is to be strong economically and militarily,” he said. “When you look at who Israeli politicians are, there isn’t enough representation of industry and agriculture, the people that are really doing anything.”

“Right now there’s no hocus-pocus solution,” Shamir said. “The Arabs there who call themselves Palestinian, they’ll stay or go, but we’ll definitely stay. We need to keep building in the land.”

Shamir seems like a throwback to the Likud of his father’s time — a party committed to Greater Israel. And while he isn’t traditionally observant, Shamir calls himself a “believing Jew.” He supports the Chabad-Lubavitch movement and keeps a copy of the Tanya, its principal philosophical tract, on his desk, along with a Bible.

Yisrael Beiteinu has merged lists with Likud for the upcoming elections, but Shamir says the present-day Likud has lost sight of what’s important to Israel’s growth: immigration and settlement. As a party founded by Russian immigrants, Yisrael Beiteinu was attractive to Shamir, he said. He runs an organization called Gvahim that specializes in helping academics immigrate to Israel.

“There’s no future without immigration, if the majority of the Jewish people aren’t here,” Shamir said. He stopped short of calling for mass immigration from the United States, which has the largest Jewish community in the Diaspora by far, though he said he would be happy “if millions came here.”

One possible reason Shamir may be on Yisrael Beiteinu’s list rather than Likud’s is that Likud holds primaries for its Knesset list, while Yisrael Beiteinu candidates are handpicked by Liberman aided by a committee.

“The biggest advantage Yisrael Beiteinu has over anyone is that you have to talk to one person instead of 150,000,” said pollster Mitchell Barak, a former adviser under Likud Prime Minister Ariel Sharon. “There are a lot of backroom deals when it comes to being elected to Knesset” in primaries.

Shamir feels that Yisrael Beiteinu is no less democratic than any other faction, and that its emphasis on leadership lets it stay true to its principles — the principles, he says, that have always made Israel strong.

“Everyone attacks Liberman, that he’s the party, but why don’t they attack Yair Lapid or Tzipi Livni, who weren’t elected?” he said, referring to the founders of the centrist parties Yesh Atid and Hatnua, respectively. “Yisrael Beiteinu is still young, still hungry. It sets clear lines.”