Ahead of March deadline, Jewish groups bracing for sequester cuts 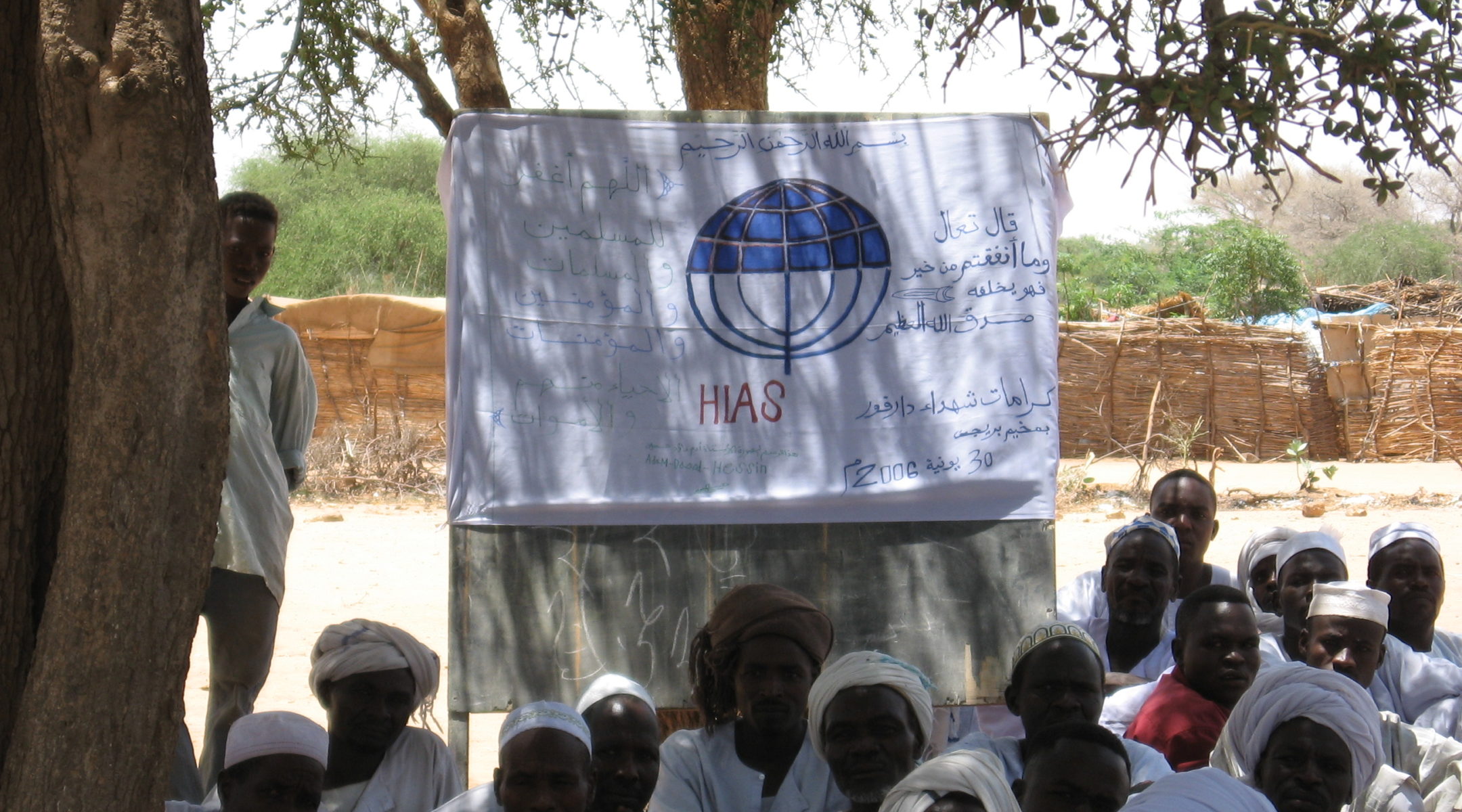 A HIAS meeting with community elders at a refugee camp in Chad, where HIAS is providing services to Darfuri refugees. (Courtesy HIAS)
Advertisement

A refugee girl gets a helping hand from representatives of HIAS and the United Nations refugee agency. (Courtesy HIAS)

NEW YORK (JTA) — A pregnant Darfuri woman at a refugee camp in Chad, a Latino senior citizen living below the poverty line in the Bronx and an elderly Jewish immigrant from the former Soviet Union living in Boston.

They may not know it, but these individuals are all beneficiaries of programs run by Jewish organizations with public money.

And if Congress can’t reach a deal to avoid the so-called sequester by March 1, many of these programs could be severely scaled back — if not terminated.

“Both our international and national work can be impacted,” said Mark Hetfield, the interim president of the Hebrew Immigrant Aid Society, which provides medical kits to mothers of newborn children in Chad, among other services. “It could cause some really serious cuts to the programs, but we have still no idea what they might be.”

HIAS is among the dozens of Jewish organizations grappling with the potential loss of federal funds from the so-called sequester, a measure adopted by the U.S. Congress last year to force itself to confront a hemorrhaging national debt and return the country to sound fiscal footing. Unless a budget compromise could be found, draconian across-the-board cutbacks of 8.5 percent were to have automatically taken effect on Jan. 1. The impact of those cuts was designed to be so devastatingly painful that Congress would in effect force its own hand.

Despite the self-imposed deadline, however, intense negotiations failed to produce the desired outcome. In late December, Congress agreed to raise new revenue by increasing taxes on affluent Americans but put off decisions on spending cuts. The lawmakers also pushed the sequester deadline back to March 1.

As the new deadline nears, some Jewish organizations are preparing for the worst, identifying non-essential services to be axed while lobbying federal officials to protect vital programs.

Hetfield says HIAS’s most vulnerable operations are in Ecuador, where the agency helps refugees who fled fighting between government and rebel forces in Colombia, and Chad, where it provides aid to fugitives from Sudan’s neighboring war-torn Darfur province.

“These are programs I think will be targeted more deeply because they are not emergency refugee maintenance programs,” Hetfield said. “But cutting a program might create an emergency.”

Other HIAS operations, such as the agency’s refugee resettlement program, also are in limbo.

Robert Marmor, executive director of HIAS’s Jewish Family Service of Western Massachusetts, says his staff recently helped an Iraqi mother and her three daughters file a request for reunification with the family’s father. The successful completion of that process would depend on continued funding from the federal government.

“The worst-case scenario would mean no new refugees,” Marmor said, “and that would be the worst, especially for families that are waiting for relatives.”

Budget cuts have forced Valeriya Beloshkurenko, the director of the Met Council’s Home Services department in New York, to let more than half her staff go in the past two years. Approximately 50 percent of her remaining budget comes directly from the federal government, and the other 50 percent that comes from city and state sources is at risk, too.

“When our team shows up the people we help, whether they are Latinos in the South Bronx or Russian Jews in Brighton Beach, are so grateful,” Beloshkurenko said. “I cannot tell you how many thank you letters we receive.”

Susan Rack, the director of Covenant House, a housing estate for elderly, low-income residents in Boston sponsored by B’nai B’rith, has a staff of 10 employees serving more than 300 tenants, mostly Jewish immigrants from the former Soviet Union. Although the buildings are in relatively good financial standing thanks to a recently awarded $3 million grant, the current cutbacks might force Rack to reduce salary costs.

“Do we do it by cutting everybody’s hours or by cutting one person?” she said. “I’m not sure.”

B’nai B’rith sponsors 38 such residential apartment buildings for the low-income elderly across the United States, and their directors are likely to face similar dilemmas if federal spending on the elderly is cut.

“If the sequester were to go into effect in two months from now, that could affect our ability to serve residents we already have as well as bring new residents,” said Rachel Goldberg, B’nai B’rith’s director of aging policy.

In the buildup to the March 1 deadline, B’nai B’rith, the Jewish Federations of North America and many other Jewish groups are lobbying lawmakers in a bid to blunt reductions. In those efforts, Goldberg said, they have found friends and foes on both sides of the aisle.

“At this point, parties themselves have pretty interesting patterns within their caucuses,” she said. “We’ve seen within the Republican Party there were disagreements. We’ve walked into Democratic offices and found less friendliness than expected and the other way around.”

When approaching politicians, Goldberg says, the most important thing to stress is that “spending cuts do not fall disproportionately on low-income citizens and elderly-spending programs.”