Tolkien b’Shvat: Looking to the Middle-earth folk to save our planet 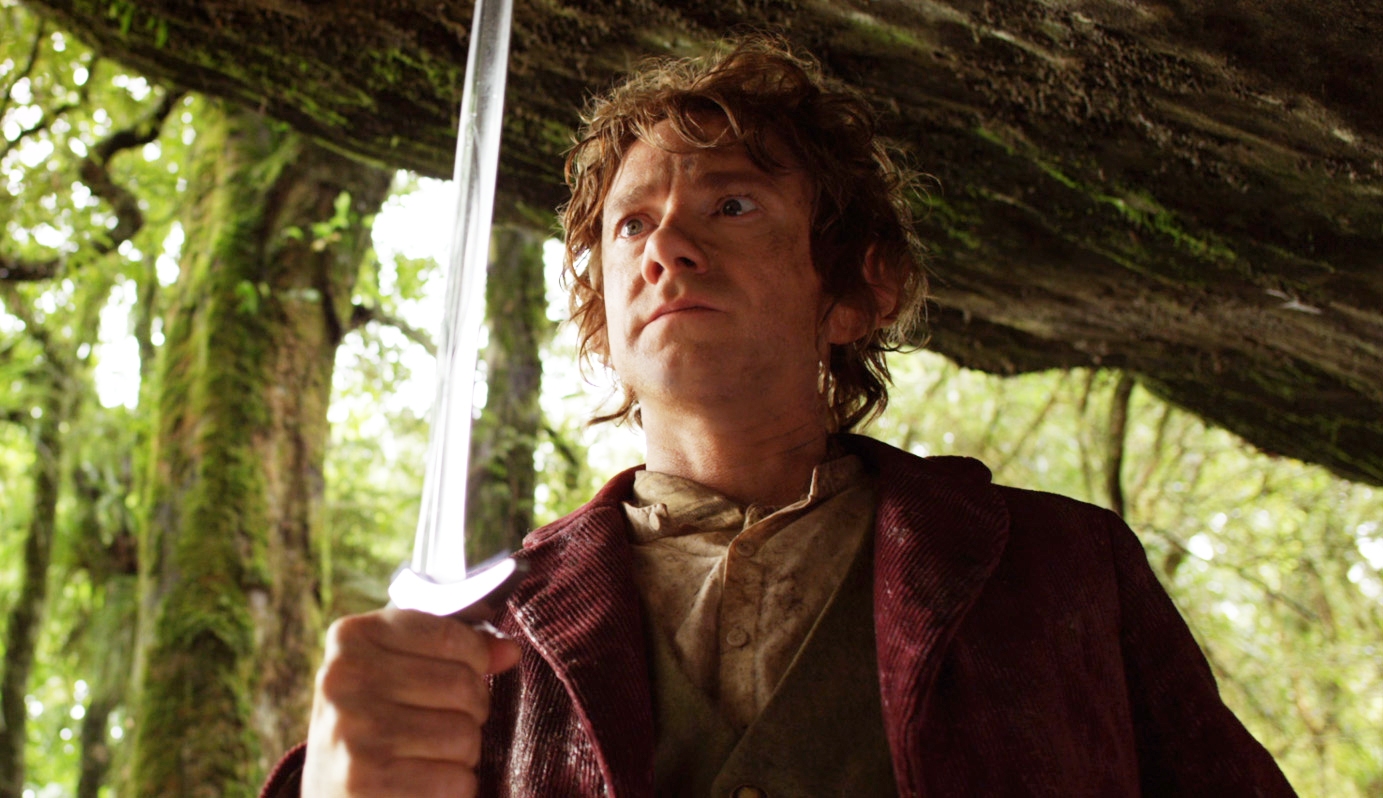 In "The Hobbit: An Unexpected Journey," a film with characters that bring to mind the themes of Tu b'Shvat, Bilbo Baggins discovers there is trouble brewing in the forests of Middle-earth. (Courtesy Warner Bros.)
Advertisement

LOS ANGELES (JTA) — What lore does Bilbo Baggins have to share with us about Tu b’Shvat?

While viewing “The Hobbit: An Unexpected Journey” and hearing the Middle-earth characters talking about threats to the forests, more than a seed or two of connection between the increasingly popular Jewish holiday dedicated to trees and the fruit of J.R.R. Tolkien’s work popped out to me.

With my 3-D glasses, I watched as Bilbo, Thorin, Gandalf and Elrond — the representatives of Tolkien’s Middle-earth races — mostly lived hand in hand with the natural world. Concerning Jewish attitudes toward trees and environmentalism, I wondered which group we should strive to emulate.

Would it be the hobbits, the dwarves, the elves, the wizards? Or do we secretly identify with the goblin-like orcs, who tear through the environment wherever they go?

Upon leaving the theater, I mulled which Middle-earth group would be best to have over for a seder on Tu b’Shvat, which begins this year on the evening of Jan. 25 and ends the next night. Not that I was planning a role-playing party — that could wait till Purim — but who would best get into the seder’s singing and drinking and connections to nature?

Who loves to feast and toast more than the dwarves? The seder’s four cups of wine — meant to show the progression of the season through different colored wines — certainly would be much to their pleasure. And with their singing and dancing in the film, one could almost hear the dwarves harmonizing and stomping to a rendition of “Uvshatem mayim,” a song we sang last year at our seder.

The dwarves, miners of the earth, no doubt would identify with the song’s lyric: “Draw water joyously from the wells of salvation.”

Exiled from their mountain home, Tolkien himself likened the dwarves to Jews. According to a transcription of a 1971 BBC interview with the English author found on Tolkienlibrary.com, “The dwarves of course are quite obviously, couldn’t you say that in many ways they remind you of the Jews? Their words are Semitic obviously, constructed to be Semitic,” he said.

Besides, Tolkien’s dwarves are stubborn and bound to tradition. They even have beards like the rabbis of yore.

The dwarves might be fine for a festive seder of wine and song, but which group seemed the best protectors of the forest?

As shown in “The Lord of the Rings” trilogy, Lothlorien is the forest refuge that protects the sylvan elves and allows them to flourish. Known as “tree folk,” the elves are most protective of huge, golden mallorn trees, and are willing to fight for them.

Seeing that a portion of the Tu b’Shvat seder representing “Briyah,” or “Creation,” calls for one to commune with nature, the elves with their woodsy “ruach,” or spirit, seem Middle-earth’s group most suited to answer the call.

Yet the hobbits appear to be the best overall model for living in harmony with the earth. Gardeners and farmers, with the earth between their toes, and their homes built into hillsides, Bilbo and the rest of the inhabitants of the Shire seem the most at home in nature. A giant Party Tree is even at the center of many hobbit community events.

Who but a hobbit chowing down on four meals a day could be more appreciate of the fruits of the earth represented by Tu b’Shvat?

Hobbits even seem closest to the seder’s concept of “Assiyah,” of “doing.” Consider that from a Jewish point of view, Bilbo Baggins, who is at the center of the film, is tasked with repairing the world and keeping it whole.

What do the wizards have to tell us about Tu b’Shvat?

On our earth, the Torah places man as the steward of nature. On Middle-earth that role falls to Gandalf and the wizards in his order. Watching over the land, they are the “Fixers,” the gray geschreiers and exhorters to action.

The wizard, Radagast the Brown, is the film’s best poster boy for Tu b’Shvat, which is derived from the Torah and Mishnah, and marks the Jewish New Year for trees, Rosh Hashanah La’Yanot? Drawn by a sled of speedster rabbits and outfitted with a bird’s nest in his hat, he is the first to report that evil is falling upon the forest, changing it from Greenwood to Mirkwood. His furry-looking hat even resembles a shtreimel.

The oddball of the film, Radagast is like our sincerely nutty environmentalist aunt, uncle or cousin who has berated us for not washing and reusing our plastic utensils. Like that green relative, he’s the one who can make us squirm by painting a picture of impending environmental disaster.

On today’s earth, sensing the coming of our own environmental Mirk, the Coalition on the Environment and Jewish Life has pledged “To carry to our homes, communities, congregations and workplaces the urgent message that air, land, water and living creatures are endangered.”

Though COEJL doesn’t seem to be working with swords or shields, or even wizards, perhaps the part of us that identifies with “The Hobbit’s” coalition of nature-loving Middle-earth inhabitants can see the adventure and mitzvah of saving our earth as well.