A divided Belgium nears a belated consensus on Holocaust-era complicity 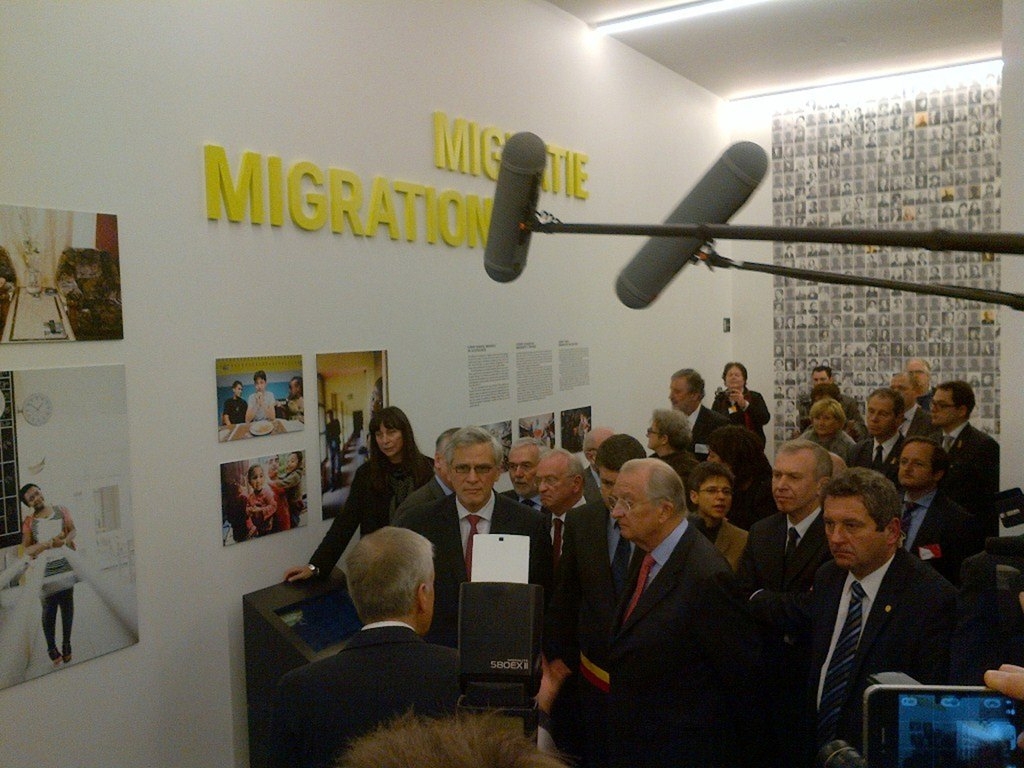 Henry and Madeleine Cornet in their home near Brussels in the 1940s. (Jan Maes)

ANTWERP, Belgium (JTA) — As the sister of Belgium’s most powerful Nazi, Madeleine Cornet knew better than to inquire about the ethnicity of the three women she hired as housemaids in October 1942.

Cornet did not want to further implicate herself by hearing what she already knew: Her new hires were Jews who managed to escape the deportations that her brother, the Belgian politician and Nazi collaborator Leon Degrelle, was busy organizing.

The unlikely story of Cornet and her husband, Henry, was unearthed only a few months ago among a wave of articles in the Belgian media last year dealing with the country’s role in the Holocaust. The sudden focus on Belgium’s Holocaust history reflects the country’s belated reckoning with its complicity in the deaths of 28,902 Belgian Jews during World War II.

In the last year, Begium opened its first Holocaust museum and, for the first time, acknowledged its role in the persecution of its Jewish citizens. It began in August, when the mayor of Antwerp admitted the country’s Holocaust-era guilt, initiating a string of mea culpas by his Brussels counterpart and the leaders of several other municipalities and culminating with a statement from the prime minister himself.

“We must have the courage to look at the truth: There was steady participation by the Belgian state authorities in the persecution of Jews,” Prime Minister Elio Di Rupo said at a memorial ceremony in Mechelen, the point from which more than one-third of Belgium’s Jewish population of approximately 66,000 was sent to Auschwitz, according to Yad Vashem, Israel’s national Holocaust museum in Jerusalem.

This month, a committee of the Belgian Senate endorsed a watered-down version of his words, noting only that “some Belgian authorities” helped deport the Jews.

The formal admissions of guilt have come late by Western European standards. Austria acknowledged its culpability in 1993; France and the Netherlands followed suit two years later.

“I think the delay owed in part to tensions between Belgium’s two parts, the Flemish-speaking Flanders region and the French-speaking Wallonian region,” said Guido Joris, an editor of Joods Actueel, the Antwerp-based weekly that published the Cornets’ story for the first time. “These differences meant it took a long time to arrive at a consensus.”

Indeed, even mundane decisions such as building a new university or hospital often lead to recriminations between the distrustful representatives of the country’s two ethnic groups, the Flemish and the Walloons, who occupy three autonomous regions that make up a brittle federal entity the size of Maryland.

Historian Jan Maes discovered the Cornets’ story, tracking down one of the housemaids, Hannah Nadel, who now lives in Israel. Nadel recalled that visitors associated with the Nazi movement would routinely dine at the house, while the three Jewish women hid in the basement. Nadel’s mother sometimes would cook gefilte fish, which Cornet presented to her guests as “oriental fish.”

The bravery of couples like the Cornets was not as uncommon in Belgium as in other European countries. According to Yad Vashem, Belgium has 1,612 Righteous among the Nations, the designation applied by the museum to non-Jews who saved Jewish lives during the Holocaust. The figure is the third highest in Western Europe, behind France (3,513) and Holland (5,204) and well ahead of Germany and Italy, with 500-some rescuers apiece.

The Cornets are not on the list, as Nadel, 86, has never submitted their names.

“We thought about it for a long time but we never did as we feared, at the time, it might get them into trouble with their heavily Nazi family,” she told JTA.

Like Degrelle, hundreds of Belgians — many of them police officers — were involved directly in hunting down Jews. Not a single Belgian municipality refused the Nazi occupiers’ orders to register the Jews in their jurisdictions. Only one, in the Brussels region, refused to hand out yellow stars.

These facts were documented in an 1,100-page report, “Obedient Belgium,” that was released in 2007 by the Center for Historical Research and Documentation on War and Contemporary Society five years after the federal body started its work at  the Belgian Senate’s request.

The report found that the Belgian state collaborated systematically with the Nazi occupation in hunting down its Jews and Roma, or gypsies. On Jan. 9, a decade after the center launched its probe, the Senate adopted some of its findings.

“Part of the delay owed to how on the French-speaking side, relevant documents had not beet properly kept, whereas Flemish authorities archived them meticulously,” Maes said. “There were concerns this disparity in documentation could create a lopsided report.”

In addition, no politician was eager to add Holocaust complicity to the list of tensions that already burden the relationship between Walloons and Flemish, Maes said.

There was another inconvenient truth as well. According to Dr. Eric Picard, founder of the Brussels-based Association for the Memory of the Shoah, about 25 percent of the Jewish population in French-speaking Belgium was murdered, compared to 75 percent of Flanders’ similarly sized Jewish community.

Historians attribute the disparity to a number of factors: the availability of escape routes to French speakers; the close-knit nature of Antwerp’s more religious community; and the Aryan affinity that some Flemish non-Jews felt toward Germany.

Picard, a fiery 54-year-old psychiatrist from Brussels, says that while he’s appreciative of the “enormous, albeit belated momentum” with which Belgian officials have addressed their country’s darkest hours, he fears some backslide is occurring, noting the difference between Di Rupo’s sweeping acknowledgement of official complicity with the Senate’s more conditional language.

This, Picard says, is “Holocaust revisionism.” He is disappointed as well by the Senate’s failure to enact a special status for Holocaust survivors, as the 2007 study recommends, or to offer restitution.

Eli Ringer, the honorary president of Flemish Jewry’s Forum of Jewish Organizations, nonetheless calls the recent admissions of guilt “important milestones” and the opening in December of Belgium’s Holocaust museum in Mechelen (or Malines, in French) a “significant step.”

Named the Dossin Barracks Memorial, Museum and Documentation Centre for the Holocaust and Human Rights, the imposing building was inaugurated by King Albert II and is made of 25,852 bricks — representing the 25,257 Jews and 595 Roma known to have been sent to their deaths from the nearby barracks.

“There were and there are many setbacks,” said Joris of the Joods Actueel monthly. “But at this late stage, forward movement on Holocaust recognition is simply unavoidable for our country.”