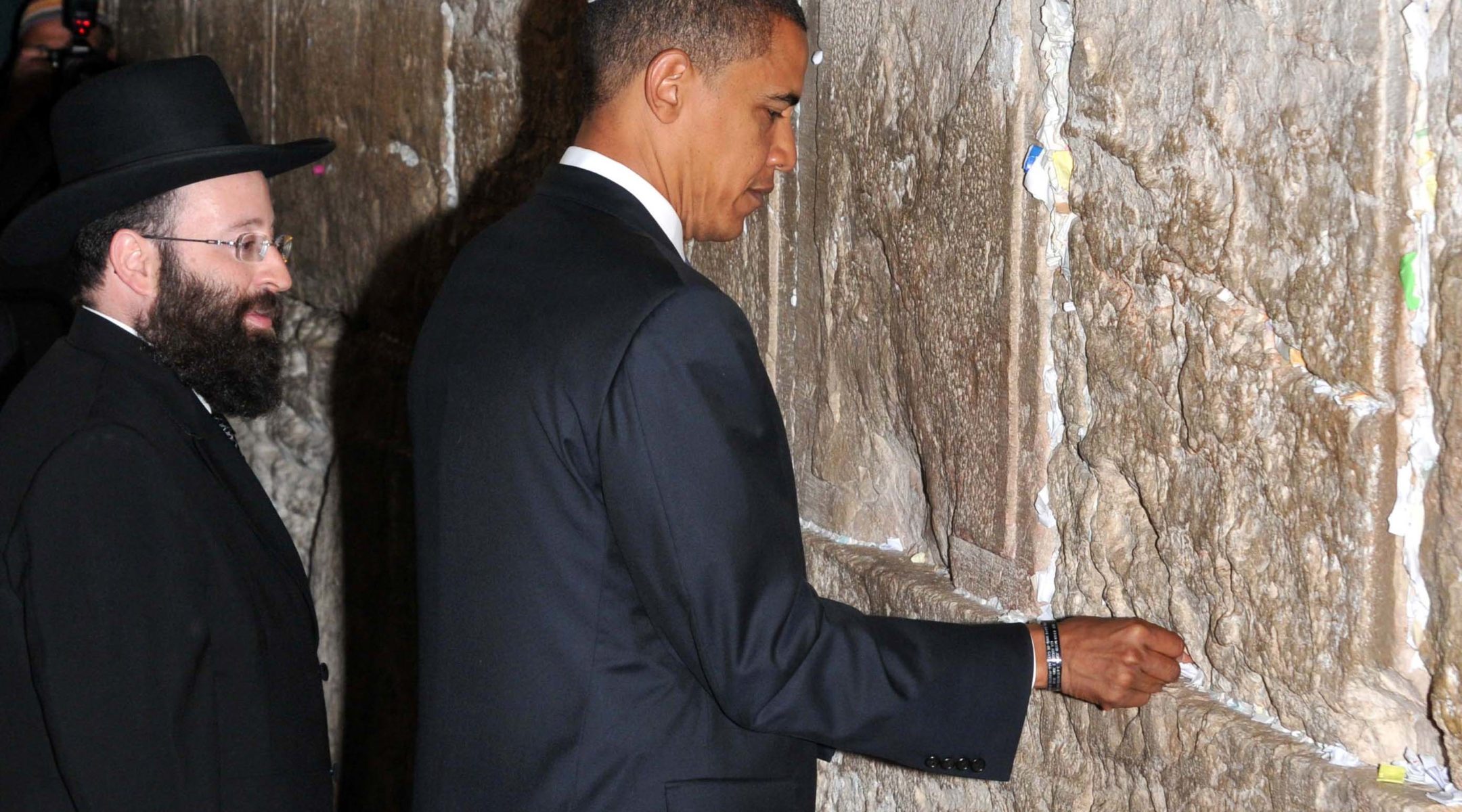 President Obama, shown visiting the Western Wall in July 2008, is expected to make his presidential visit to Israel in the spring. (Avi Hayon/Flash90)
Advertisement

WASHINGTON (JTA) — President Obama will make his first visit to Israel as president in the spring, a White House official said.

Jay Carney, the White House spokesman, told reporters about the trip in a briefing Tuesday.

Carney said Obama discussed the planned trip during a recent phone call with Israeli Prime Minister Benjamin Netanyahu. Obama also will meet with Palestinian leaders and visit Jordan, he said during the daily briefing with reporters.

Obama visited as a candidate in 2008, but Republicans during the last election chided him for not visiting as president, noting that he had visited a number of Muslim nations.

Netanyahu suggested in September that spring would be his deadline to decide whether to strike Iran to keep it from obtaining a nuclear weapon. The Obama administration is leading Western efforts to bring Iran into negotiations to make its nuclear plans more transparent.

Iran denies planning a weapon, although Western intelligence agencies have accumulated much evidence that such a weapon is in the development stages.

Kerry said during his confirmation hearings that one of his priorities would be reviving moribund Palestinian-Israeli peace talks, and suggested that whatever Israeli government emerged after the Jan. 22 elections would be more amenable to such talks than its predecessor.

Netanyahu, who led the last government, is currently in talks to set up a new one, and has indicated he would prefer a centrist coalition likelier to engage in peace talks than his last government.